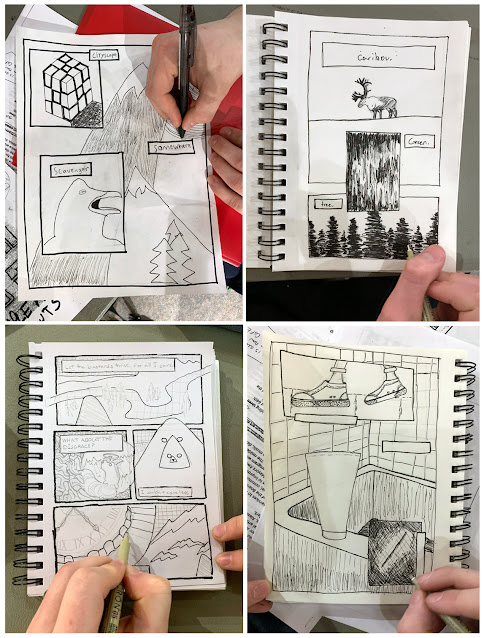 I touched on this topic a couple years ago after finding about it online - it's been a recurring exercise in my regular Beginning Drawing studio art courses for a long time (without knowing it even had a name or associated movement) as a sort of sideways approach to the upcoming traditional sequential art unit. My two classes really scored on the semesterly field trip to the Fairbanks Arts Association's Bear Gallery with my favorite show of the year on display… Up With Art. Over spring break (not really a descriptive term seeing as how in the Interior ol' Mother Nature had her seasonal mood swing from 40°F above zero down to -35°F) I had students also do a little bit of research to experiment with “comics poetry” in advance of our in-class exercise. After critiquing the exhibit, we sampled + remixed various visual elements for ideas in our sketchbooks in preparation of an upcoming assignment on making comics. 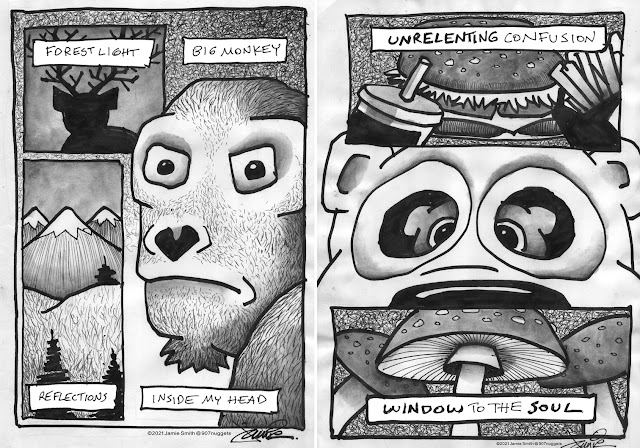 My two demos were done in about half and hour (10min. pencil + 10min. Sharpie/ballpoint for texture + 10min. splash of wash back in the classroom). Captions were from random showpiece titles juxtaposed against the images. The creative process is more akin to jazz or slam, and is a really unique hybrid artform that starts to push students into a more spontaneous, expressive direction than the more realistic observation-based techniques covered so far. In other words, these don't necessarily have to "make sense."

This exercise was preceded as usual by an excursion to the UAF Museum of the North to gather reference material for their pen + ink spot illustration pieces, and after doing demonstrations in as many different student's sketchbooks as possible, I had enough time to sneak in a quick study of Otto again. Bonus awkward moment of the year when getting interrupted by tourists while drawing the urinal ("Hi! How's it going - where you folks visiting from?"). 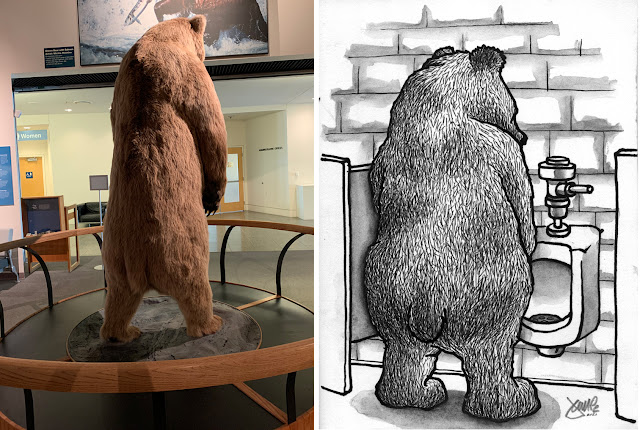