My own attempt at the semesterly pen & ink assignment for Beginning Drawing. I only finished one of the two over the course of "spring" break, but at least there's a decent pencil left to roll over into the next in-class demo on inking critters. So we'll see poor Otto with a tummyache again sooner than later. 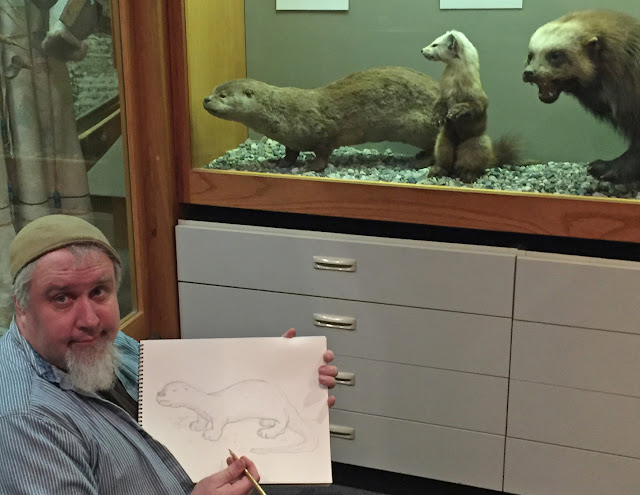 I drew both alongside several students while reference sketching around the UA Museum of the North on a field trip. Rubbing elbows with other artists is where it's at, at least that's a pretty common method of teaching that a lot of people respond well to, and even expect of their instructors. At least you damn well better get a hands-on demonstration of techniques - and my storage drawers and portfolios are stuffed with examples of doing exactly what I want from my own students ("See here: use this in this way, and do this to get that"). Also having a low student/teacher ratio is absolutely crucial to this being successful, although it is rapidly and unfortunately falling out of fashion in the midst of the fiscal failures of our administration (institutional + statewide). 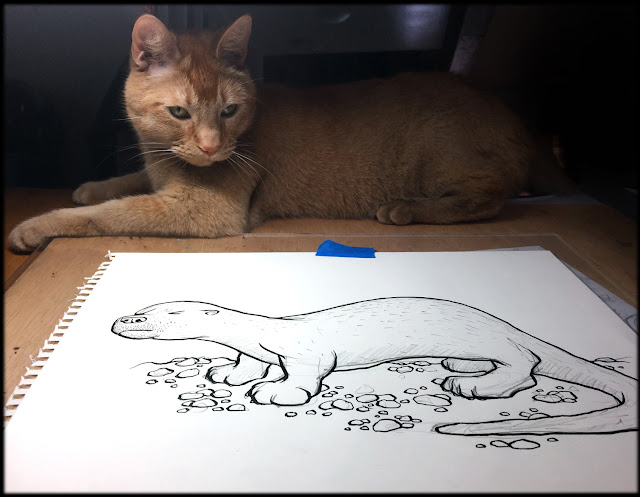 I used three dip pens: the crow quill for the finer fur, a medium-sized Speedball #513EF for the longer hairs, and bold #512 for the contour outline. Stippling was done with a Micron 08, and then the shadows pushed back even more with 03. Total time took maybe a little over three hours of inking. 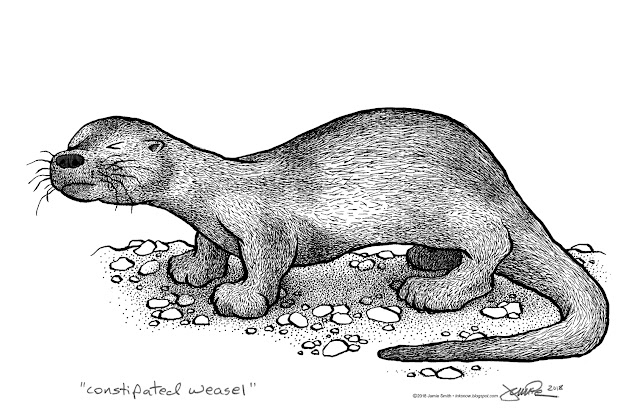 PS: Besides a hat-tip to Zappa, including a footnote about Atticus the Omnipresent Editor's newfound perch as of late. The angle isn't quite captured by the photo posted above, so I made a schematic to specifically illustrate the situation...

Email ThisBlogThis!Share to TwitterShare to FacebookShare to Pinterest
Labels: Drawing