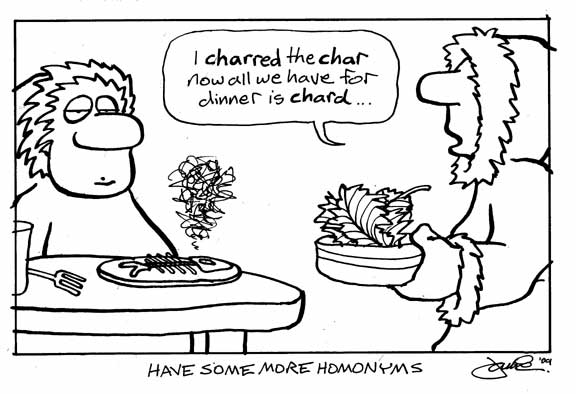 After all the thinking, penciling, inking, erasing and scanning is all done with this batch, it’s time for playing on the computer. Specifically, an antique, gasoline-powered Mac OS X (v10.3.9). Works for me…
I’ve scanned the original pen & ink line with a tiny Epson (Perfection 2580) on “black & white” setting (as opposed to grayscale) @ 300dpi with a beefed-up threshold of 150, saving images as a TIFF. Then they are cleaned up in either Photoshop or Adobe Streamline where I can get rid of all the goofs so I don’t look like such a slob in print. The drawings are then converted into a vector format (as opposed to pixel-based), saved as an Illustrator file and finally opened up in the Macromedia Freehand (MX) program. I’ve really become accustomed to the subtle trademark of a vectored line and how it has become my signature style with the cartoons, to the point where it’s as much of an aesthetic choice as line weight and type of tool (even when conversion renders such details moot). Originally this approach was taken in order to facilitate “shading in” enclosed areas quicker & easier when I broke from doing it manually, now it’s been integrated into business as normal. As a counterpart to this method I can now enjoy reverting back and doing it “old school,” which seems paradoxically liberating and creative. 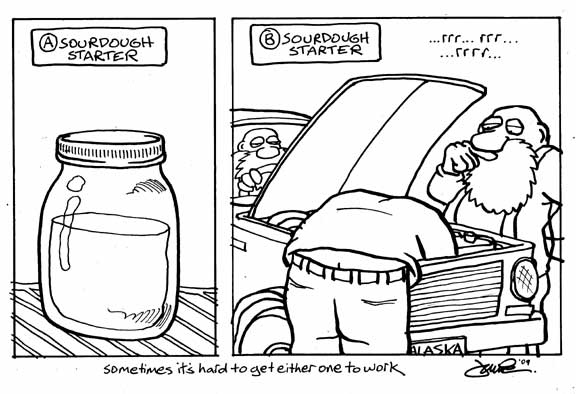 Also I’m painfully aware of the industry standard being Adobe Illustrator these days, and my options are rapidly becoming limited insofar as old habits, but I’ll limp along until the time is right for evolving along like a good little consumer – punctuated equilibrium is the term I believe. Hell, along with the myopic championing of Mac platforms, which every once in a while I’m forced to acknowledge comprises something relatively insignificant like 10% of the total computer-users out there, it’s all mostly just a simple matter of what you were brought up using. Just because I find Macs and Freehand easier and more intuitive to use doesn’t necessarily man they are the only tools that work; both Fords & Dodges’ll get you where you need to go, both work and both break down about the same too (which is why Toyotas kick their asses, and the metaphor fails). With technological advances in general, I tend to plateau pretty quickly and become rather function-specific; just getting and doing only as much as I need to get the job done without expending any unnecessary time or money. 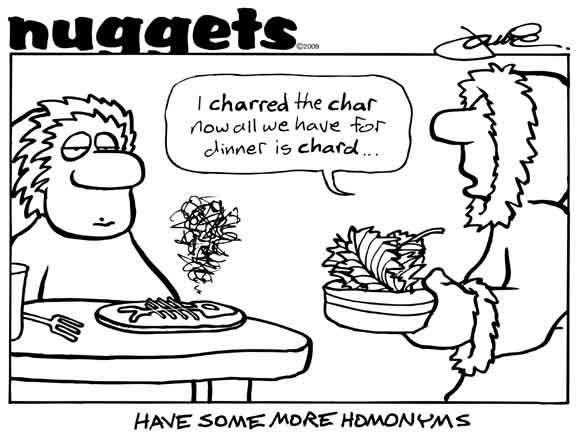 After scanning, cleanup & conversion, now the panels can be digitally tweaked; usually fussing around with centering text within balloons, balancing and spacing individual words and letters out until they read right and flow smooth and easy, correcting typos, bolding line weight for emphasis, rotating everything so that it’s level etc. I have a template all ready to go with the Nuggets header (plus my logo and backup signature if I forgot one) and a palette of grays, and it’s coloring fun, hours of endless entertainment. So nice to finally be able to stay within the lines with the aid of powerful graphics programs - if my grade-school art teachers could only see me now... 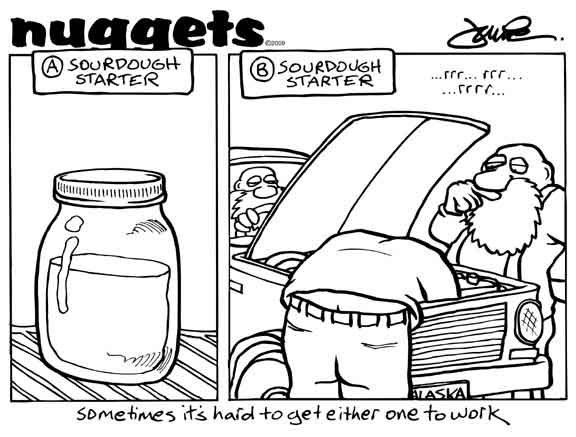 Might seem limiting, but it’s amazing what one can accomplish with only ten tints at your disposal, making me the master of nuanced value (“I’ve done so much with so little for so long, that now I can do anything with nothing”). Also one needs to take into account the paper on which the work will be printed, as newspaper steps everything down a notch. Prior to adopting and integrating computers into my work, only ten years ago, I used to manually apply either Letratone or Duotone brand name adhesive-backed tint screens, first tracing a general shape over the area to be shaded with an Xacto knife, then peeling it off and burnishing it down directly onto the paper, and lastly trimming away the excess again with a knife. In conjunction with the fact that I would commonly use Flairs, Papermates and Sharpie pens on regular Xerox paper, the shelf-life of these originals is severely limited – even my works from twenty years ago are now drying, cracking and flaking apart, and the inks spreading and yellowing into the paper fibers as the decidedly non-archival materials begin to decay with exposure to light & air. 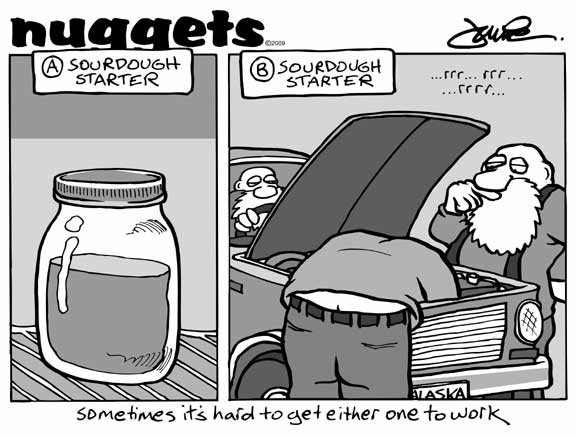 After tinting, the file is “saved as” a 300dpi TIFF, and then opened in Photoshop to again “save as” a grayscale (as opposed to a default RGB file), flattened, resized, and is finally ready to email off to the newspaper. This is also the stage where specifically with the editorial panels I spiffy up some of the gradient effects just slightly, as there’s vastly more options and control in Photoshop. I leave the Nuggets alone, preferring in most cases to let the shading sit as is (unless it’s to be colored in CMYK, which is another whole post).
Then a PDF is also emailed to Date-line Digital Printing for copies or loaded onto a flash drive for hard-copy review packets, and finally a low-resolution web version is saved (72 dpi) for posting on-line. Shown here is the progression from the raw scan of the inked versions of two sample panels, then the cleaned up vector version, and lastly the completed cartoons with shading.
And oh yeah, speaking of archival concerns; there’s the BACKUP of all files, onto both CD/DVD plus external hard-drive, eventually… 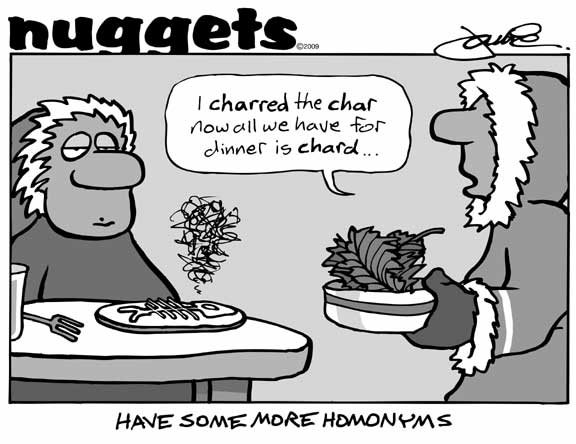 Wordplay aside, yeah, I still hate chard with a passion (childhood trauma), and at the risk of killing the joke, or, dissecting the balloon; char is a species of salmon native to the arctic.

“I was unable to sleep and I would stay up and draw these little cartoons. Then a friend showed them around. Before I knew it I was a cartoonist.” - Lynda Barry