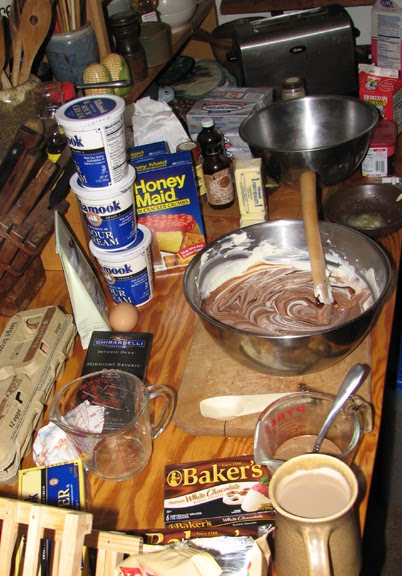 "Some people like to paint pictures, or do gardening, or build a boat in the basement. Other people get a tremendous pleasure out of the kitchen, because cooking is just as creative and imaginative an activity as drawing, or wood carving, or music." - Julia Child 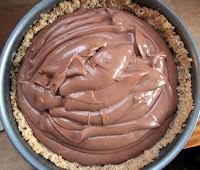 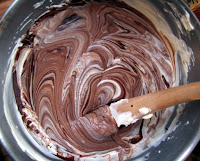 It's that time of the year again, when the cabin is filled with both the beautiful winter sun and infused with intense, rich aromas from marathon baking sessions. Every available square inch of countertop is covered with ingredients and implements, temporarily topping the normal compost heaps of books, notes, artwork and doodles.

Baking specialty cheesecakes has been my other point of pride ever since working as a waiter for a couple of years at what was at the time one of the only two premier restaurants in Fairbanks, Two River Lodge. The co-owner, Stasha Troutman, was a true goddess in the kitchen, making the staggeringly diverse nightly offerings on the dessert tray, which was the customary and ceremonial highlight at the close of each meal. One of the prized possessions on my cookbook shelves in the kitchen is the butter and batter-spattered copy of "The Joy of Cheesecake" she gave me as a parting gift when I retired from waiting tables. Being such a shameless advocate and acolyte I would consistently outsell all the other servers in dessert sales, and was tasked with training new waiters on the fine art of merchandising the dessert tray to customers. Part of what makes for effective marketing and motivation as an artist is the same confidence and conviction you need as a waiter; walking up to a group of relative strangers and selling something solely based on your recommendation is much easier when you honestly believe in the product. I've proselytized (and prostituted) myself out enough by now to know the difference between sincere belief and the tired, old sales-pitch I often hear from other practitioners, teachers and students alike.


"Find something you're passionate about and keep tremendously interested in it." - Julia Child

As with a love of good music, I often mull over the close parallels to teaching and making artwork with cooking. There are times I even bring in either the 5-string banjo and/or springform pans as props on opening lecture day to emphasize the required patience and discipline in drawing. From an earlier post:


"And again, remembering to put student's efforts into the context of this being a beginning level class (which I've made abundantly clear doesn't excuse poor workmanship) but is an overriding perspective. This class is almost like a "Cooking In The Kitchen" one: I teach the acquisition of skills in a classical, traditional, linear sense; begin with the basics and gradually build up a tool-box or pallet of abilities, techniques & media that the student can eventually use to literally draw from when approaching and solving the visual problem of how they are going to tackle any chosen subject. So when someone gets frustrated at not being able to reproduce exactly what things look like in a realistic manner, one assumes that they cannot draw and give up, not realizing that it is a simple skill like learning how to cook – it is a only a matter of learning what tools to use and how, being familiar with and comfortable in a kitchen, and following the recipes until you have it memorized and are confident enough with your experience enough to begin experimenting."

Improvised this year with a novel idea to use Pilot Bread as crust and adding Irish Cream liqueur on one cake, and pushed the envelope even more as far as dangerous levels of coffee and dark cacao in another. Like a lot of painters there's multiple pieces in various stages of creation: a couple for trying out new ideas and a couple pies for both safety and tradition's sake - leaving room for the inevitable shit-happens. The evolving parameters of expected quality require constant fine-tuning, as even a reliable formula can have unexpected and unexpected results, and like each time I pick up a pencil with a thought in mind every drawing's different in its own way; even if it looks the same as the last, it's an original unto itself. And also this Thanksgiving I pulled off a rarity in a pristine, unblemished cake without the usual cracks or gaping fissures across the surface; usually this doesn't matter since most get slathered with a sauce, but for the first time in years I left it naked. Reminds me of the past several days spent wrangling over an appropriate (and hopefully funny) punch-line to caption an upcoming panel - it was pointed out to me that, duh, it didn't need one.

I love the comfort, intimacy and connection with using some of my mother's old kitchen tools and recipes, plus the familiarity and ease of knowing right where everything is. I'm reminded of watching some woodworker and mechanic friends of mine in their shops tinkering away with tools worn smooth with many long hours of usage. Then there's the almost maddening amount of time spent disciplining oneself to stay true to the letter of the recipe by not opening the oven door until it's time, and gradually, methodically cooling the oven down until it's safe to crack open the door and then let it cool some more, then letting the cake cool on a rack to room temperature, then chilling and letting it set for at least a whole day before devouring. This is like waiting for a cartoon to run in the paper sometimes weeks after drawing it, or when waiting for the opening reception to a show - not knowing the ultimate reception of your creation can be a quiet, mild form of torture. Still, I do so enjoy just looking...


"It's so beautifully arranged on the plate -- you know someone's fingers have been all over it." - Julia Child 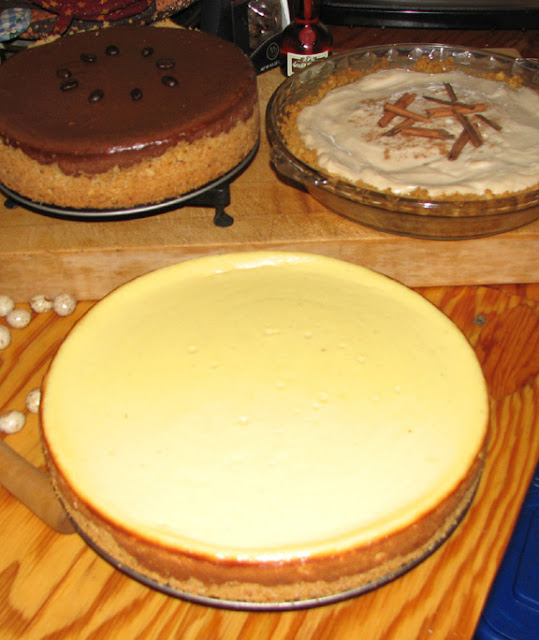 It's hard to find something as basic and primal when filling simple human needs as feeding other people (nevermind the other); eating and enjoying art means sharing our passions and mutual pleasures that fill those empty, hungry spaces inside as well. Aww geeze, enough of all that - time to eat!

In closing, some more inspirational quotes from one of my heroes, Julia Child:

"If you're in a good profession, it's hard to get bored, because you're never finished - there will always be work you haven't done."

"You must have discipline to have fun."

"Life itself is the proper binge."

"Noncooks think it's silly to invest two hours' work in two minutes' enjoyment; but if cooking is evanescent, so is the ballet."

"It took architects years to get established, to show that they weren't just artisans, and that's what I hope will happen with gastronomy. For some reason people don't consider cooking a serious business, but it's like any discipline, and it's a passionate and fascinating one."

"The only real stumbling block is fear of failure. In cooking you've got to have a 'What the hell?' attitude."

Email ThisBlogThis!Share to TwitterShare to FacebookShare to Pinterest
Labels: Mullings