Hand-in-glove, or in this case, paw-in-bootie with a previous panel on the benefits of banking through the drive-up window (from a pooch's perspective) came this whimsical envisioning of a musher with his team in the truck hoping for some serious manna. 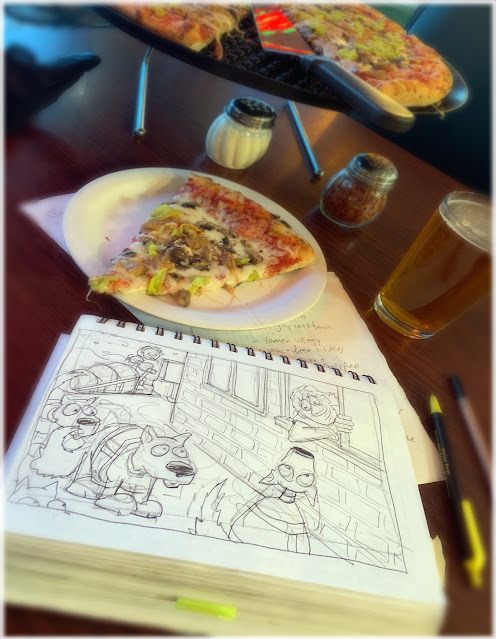 The creative roots of this piece lead back to a seed that was planted by pizza and beer a sketch about an inspiration while waiting in a drive-through. 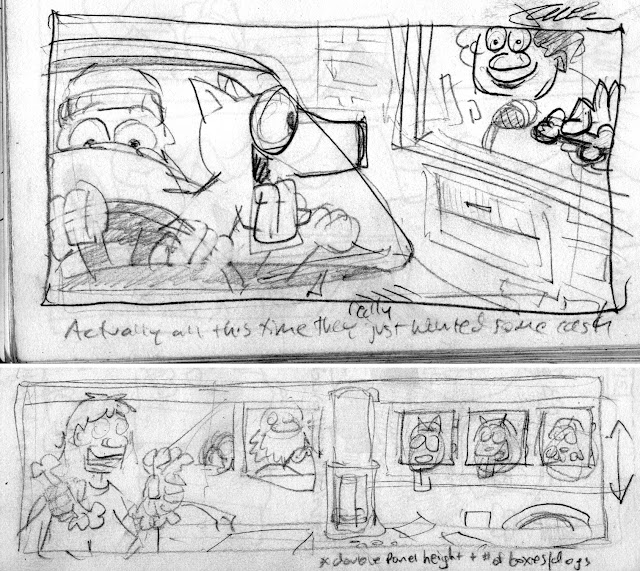 That in turn set off another inner session on the Jacob's Ladder as ideas began to exponentially multiply before me, like a run of spawning salmon - and my brain was basically a big ol' bear flopping around trying to land a meal. 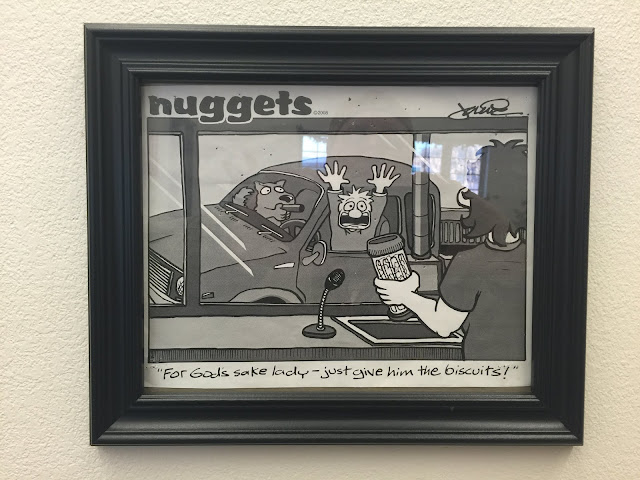 In fact, one of my local branches had a clipping of an earlier panel framed on their wall for many years. They do an annual office calendar/poster that has over the years featured the work of many artsy-fartsy friends - and hopefully they'll take advantage of talent that they actually have "in-house" so to speak. And they can also immediately ascertain just how broke I really am and could use some generous benefaction. 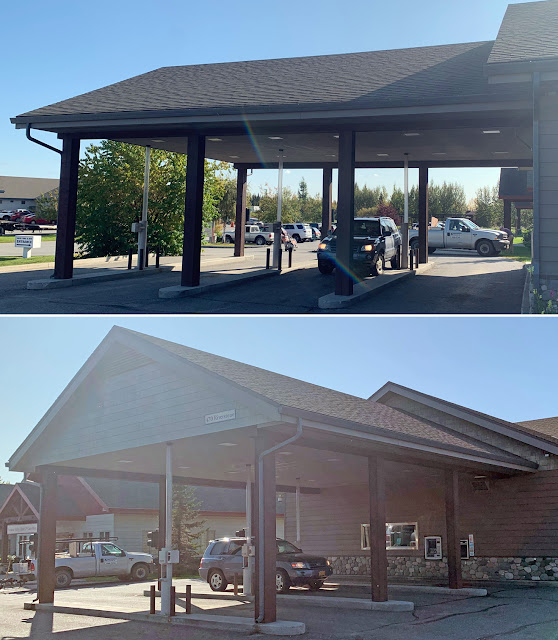 At least they now know I have an account since it raised eyebrows when I went sniffing around for reference images. Understandably they're not to keen on a cartoonist gaining access to their inner sanctum and learning all their secrets (kinda like sketching airports and military institutions these days). 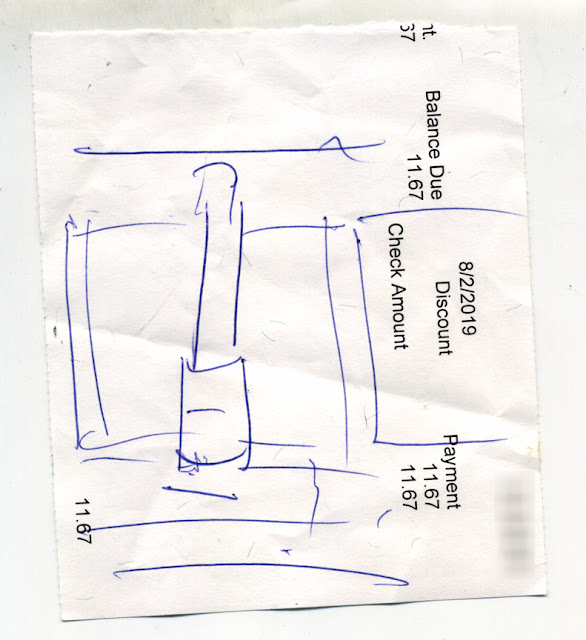 But as usual, who the hell actually remembers or really cares about the details - it's the visual shorthand that triggers just enough mental connective tissue to make a connection. So a little subterfuge and sketching (note the big, fat artist check btw) is all that's needed to complete the mission. Turns out I didn't even use the thing in the final version... 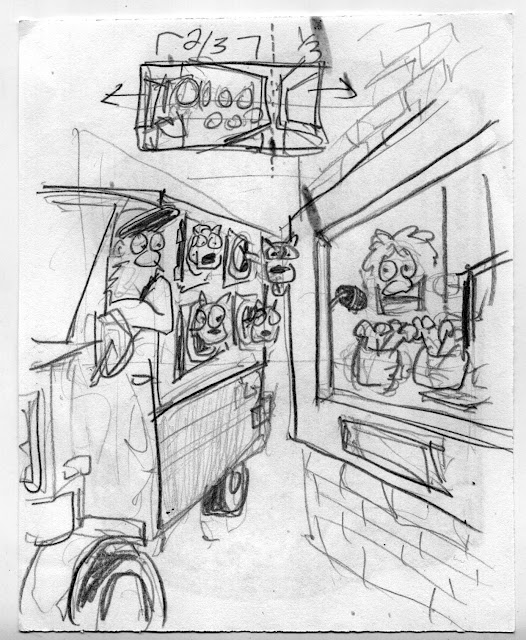 I started in with some more detailed compositional roughs, mostly experimenting with vertical or horizontal layouts. As if it weren't already obvious, I had already escalated the concept + design to accommodate and eclipse all the previous incarnations. 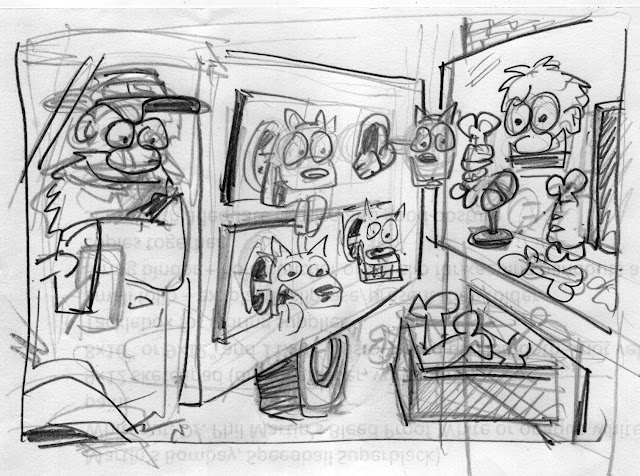 So, like letting dough rise and then kneading + punching it down, I would scale it up, and then cut it back again, so as to keep it simple - overkill was as of late beginning to hamstring and hinder. 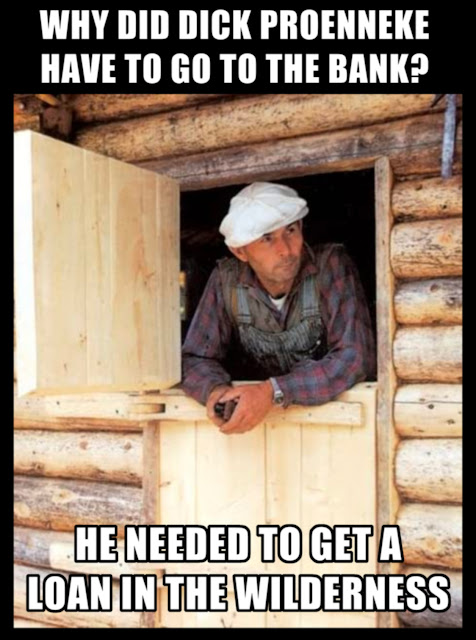 That's the mantra of many a maker: some days it feels like being some kind of sourdough subsisting off any ideas out there laying around the tundra. And if you're lucky enough to catch a good one, you learn to utilize every part. And then, according to Atticus the Omnipresent Studio Assistant, it's time to take a well-earned nap. 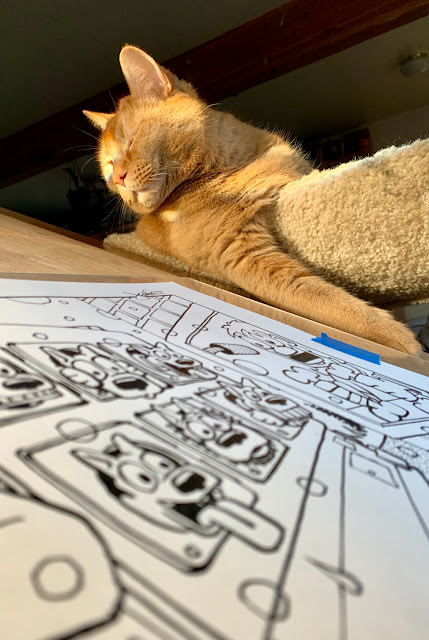