Bonus leftover post from a celestial event that happened a while back: got a lot of feedback on the street from this one, mostly on account of it not being gotten. It's easy enough to understand from the perspective of someone (cough, cough) who somehow manages to wind up with this particular and peculiar point-of-view while out walking the dog. Had to be there I guess...

Given last year's restart of the Iditarod to Fairbanks in addition to the usual Yukon Quest and Open North American Championship activities which have been going on, our town is awash with the annual mushing fever.

Like a lot of my panels, this was originally done first as a doodle in the sketchbook which was consequently worked up as a demo for a classroom show & tell. And again, it's another example of debatable aesthetics as far as the comparative superiority of the digital variant over the wash. 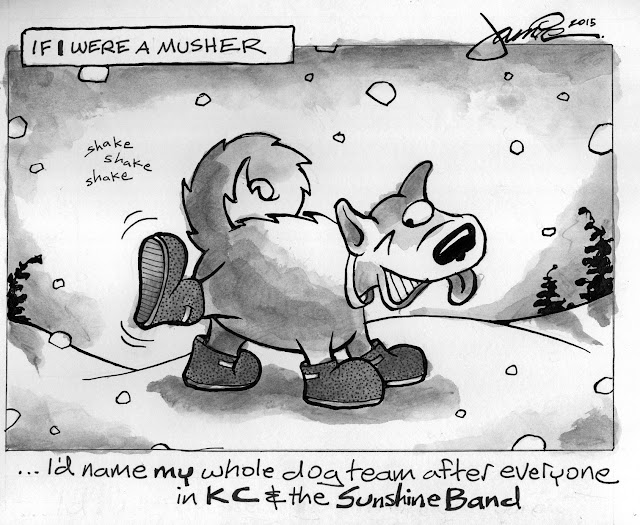 Either way, as long as the spirit runs true, it works out in the end. Cue the horn section...