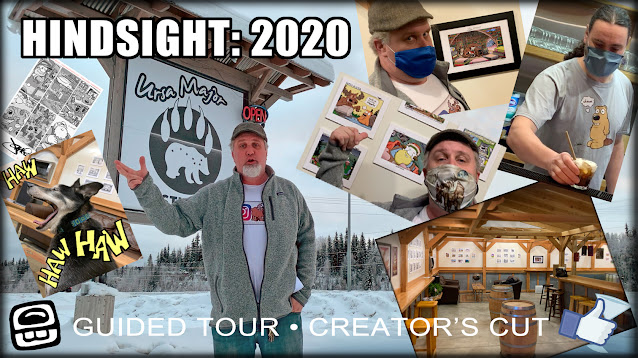 One of my loose-ends tied up over “spring break” (in quotes on account of us just going from 35°F above to -30°F below) was finally getting around to making a follow-up video of a walkthrough from the 6th annual retrospective exhibition “Hindsight 20/20” down at the distillery. 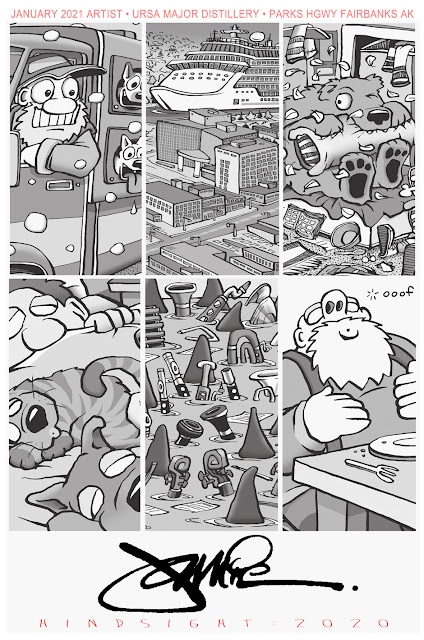 Stitched together a dozen different scenes shot with the Iphone + spliced in around 150 still images… edited it all down to just over 20-minutes. Not exactly a professional end product, but amusing enough in its own way, and I really wanted to document the event for outta-town folks and far-away family & friends (not to mention anyone still understandably reluctant to emerge from pandemic isolation. A far cry better than the first footage I ever posted on an Ursa Major show back in 2016, and a definite improvement over last year's effort too. Maybe if I actually practiced on the program more than a couple times a year it'd get even slicker, but Imovie is so intuitive the learning curve is pretty steep but short. 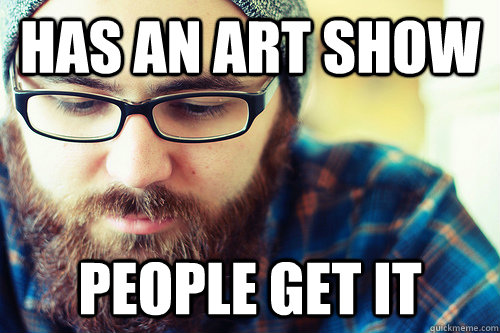 Along the way I also inadvertently learned how to reformat a jump-drive (“too large for the volume’s format”) so as to transport the movie to campus, and thus upload to my YouTube channel (as it was over 12GB after attempting to upload it overnight from the cabin it had only processed 20%). Still some technical speed-bumps in production like equalizing sound levels, and remembering to talk to the camera as opposed to the artwork on the wall (a bad lecturing habit I still fall into when I keep looking at the screen instead of the class). Guess I can't ever help but reflexively critique anything I do! 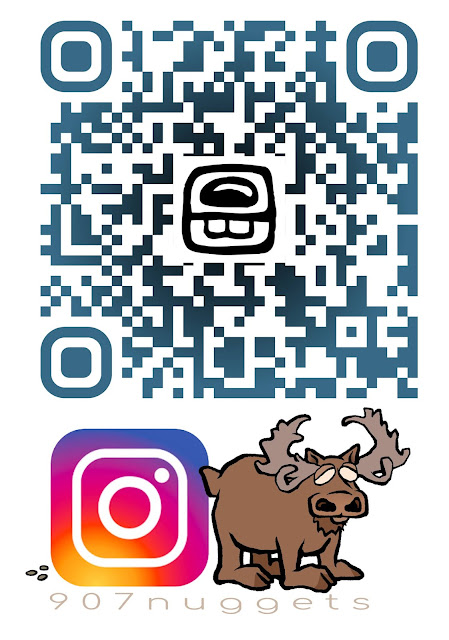 What was hilarious was discovering afterwards, while editing the footage, that I’d completely spaced out shooting any footage talking about "Yukon Traffic Jam") - arguably the the tentpole piece to the entire show (and a couple other notable skips), but that’s okay as I took the opportunity to flag the accompanying process posts back over here on the blog. Also no worries since there’s gonna presumably be massive PR when the official BLM poster gets released so that’ll be an event unto itself. In the meantime, for my far away friends & family... CHEERS!
*protip: make sure and hit the cog icon (bottom right) and up the resolution to 720 for best results