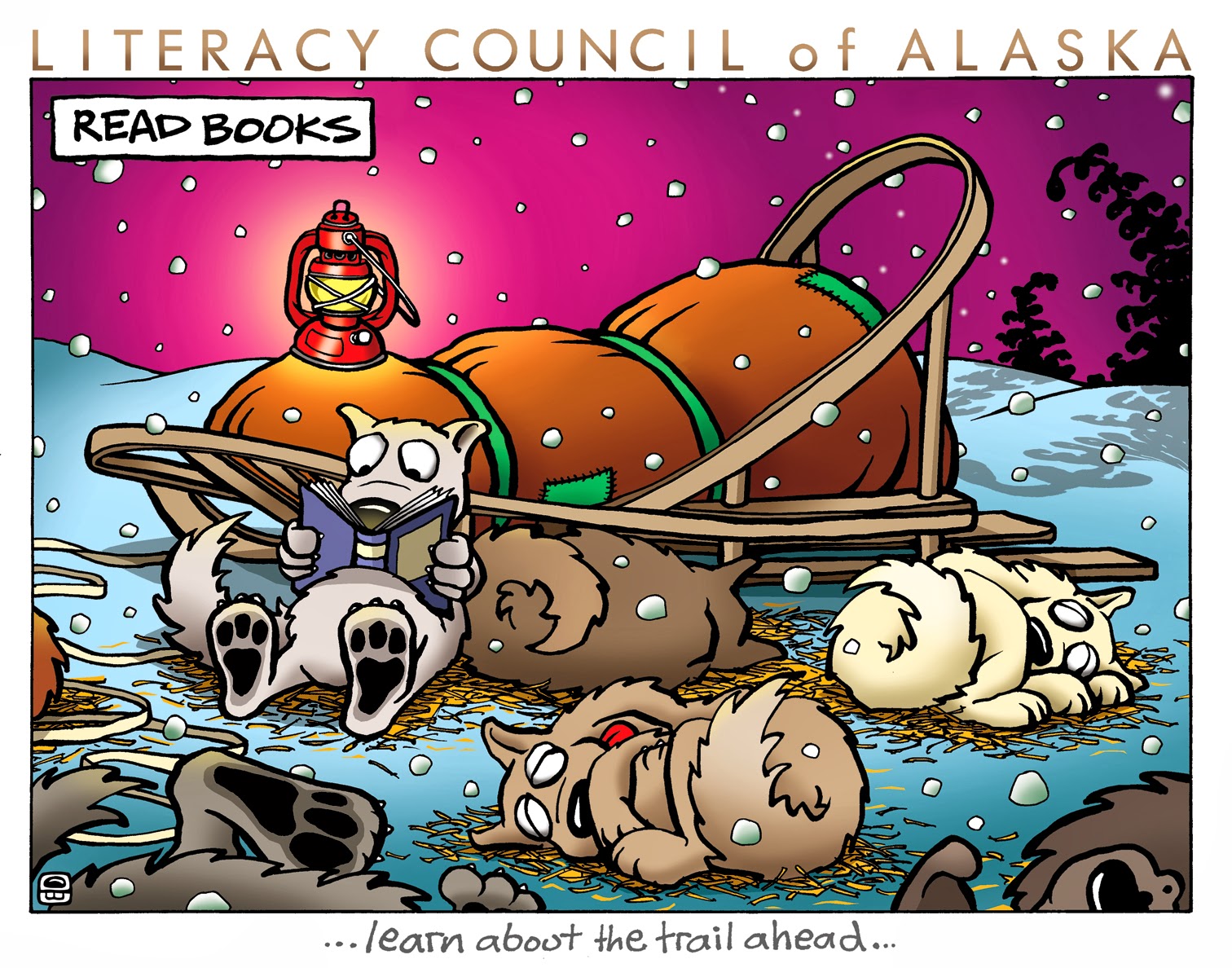 As a special supplement to the upcoming auction, there's a poster signing scheduled today for this 1st Friday of February - Friday the 7th - at Forget-Me-Not-Books located right downtown @ 517 Gaffney Road, across from the Fairbanks Co-op Market & Deli (you can also "like" their Facebook page here).
The gig is from 12noon - 6pm, in-house demos for most of the day, and the posters will only be exclusively available at that location - but no worries if you can't make the event as whatever is left will be kept at the store until they run out. Speaking of said limited supplies: a big thank-you to the folks at the Fairbanks Daily News-Miner for printing up fifty of the luscious looking posters (and Date Line for the bags)!

Time again to flog the main event, at which the original of this piece will be up for silent auction:

We're nearing the end of the series of process posts about this here particular panel (see pencil phase here and the ink here), but there'll be one more for the final incarnation of the original once I get it framed. 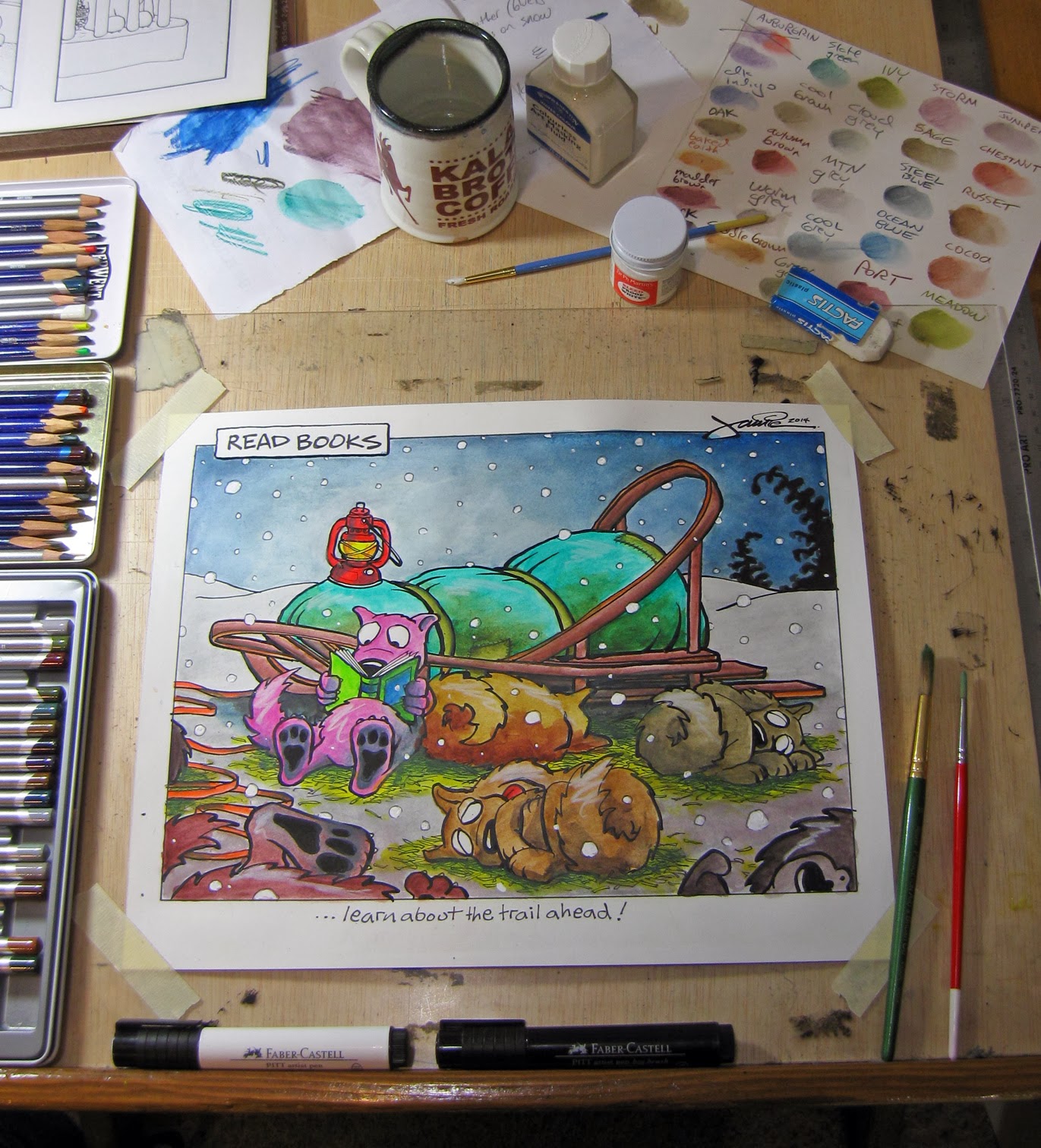 So after staring long enough at this panel it finally occurred to me that it'd make a spiffy benefit poster, so I stripped off the "Nuggets" header and plugged in text for the Literacy Council of Alaska instead. Astute readers will note a detail that's missing between the two versions which was remedied for the print version of the poster. And things were shifted around and tweaked just a little bit, but as with all things there comes a time one must stop playing and put away your things until next time.

The biggest challenge in finishing the color was balancing between having it dark enough to imply a nighttime setting without burying all the color: I think there's enough visual cues to trigger the subliminal association like cast shadows + lantern glow, even a set of familiar stars (if one knows where to look). And it's an admittedly laborious evolution to follow all the steps from point "A" (initial idea) to "B" (the drawing itself) and in this case also a "C" (manually colored version) and "D" (the digital version), but there are some advantages to a protracted procedure, such as having the benefit of figuring out the basic color schematics digitally first before wading in with watercolors.

Update: And actually the hard copies for posters will now all sport the official Fairbanks Daily News-Miner masthead, plus a hand-drawn rendering of the cover for the chosen title of the book. Made me think of a "desert island" list of favorites featuring canines... what would a dog take on a long mushing trip across the tundra? 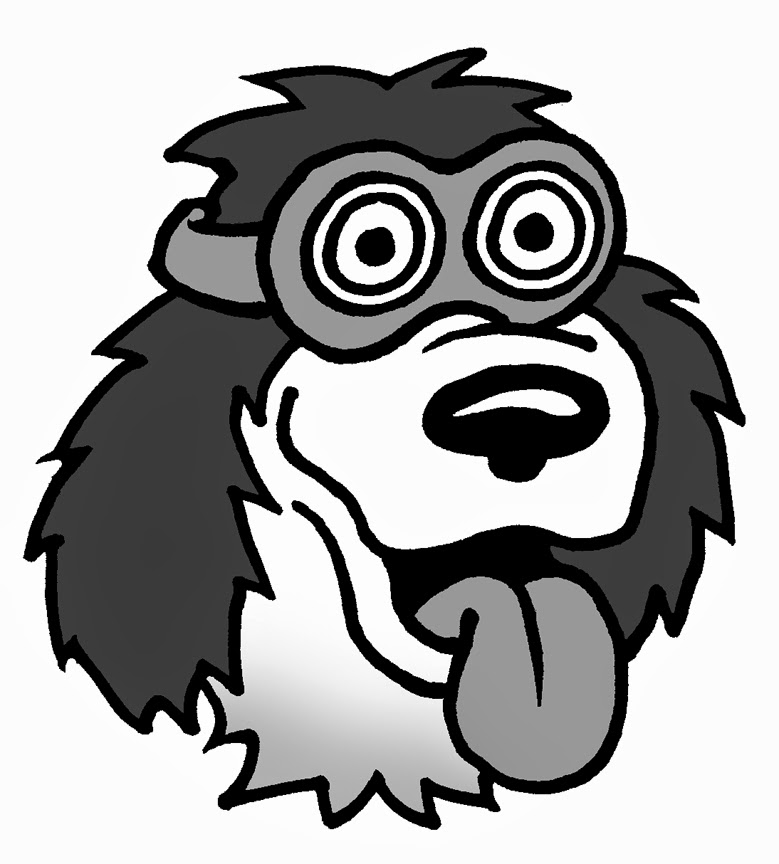 Update II: So a request to use the pooch by itself as a logo for a bookbag triggered a latent memory of a similarly-themed design done years ago as a benefit t-shirt for the John Ester Trigg Library, and another variation of a reading dog was featured on a different poster as for them as well. Guess that officially makes this a motif of mine then, since most of my critters appear to be pretty literate given the number of different species seen reading books (not limited to bears, beavers, birds, salmon and muskoxen). And I'd be remiss in not hat-tipping a local elder in Alaskan art history, William D. Berry, whose iconic work graces a classic Noel Wien Public Library tshirt: 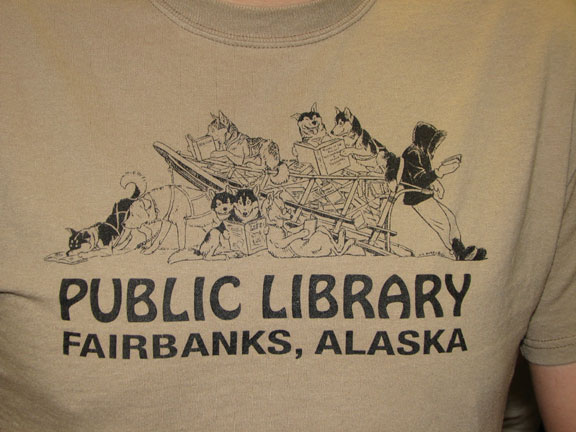