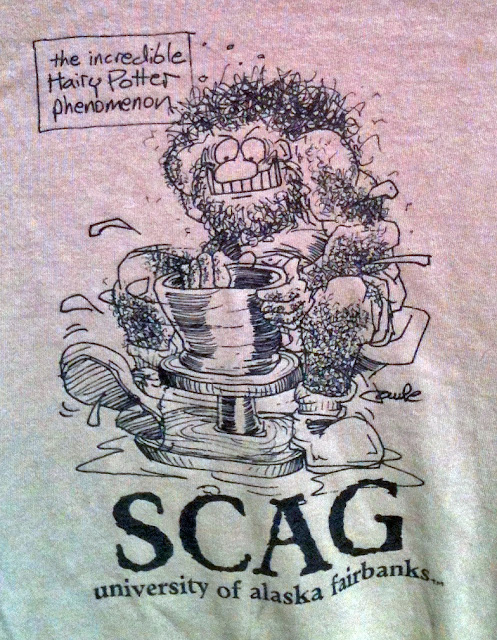 This design was drawn up after the fervor of the first book's publication, long before the mania expanded over the years and into the movies. SCAG is the Student Ceramic Art Guild, a student club at UAF that sponsors a semesterly pottery sale which in turn funds a visiting artist to come up and give workshops (they also participate in the Empty Bowls event for the Fairbanks Community Food Bank). 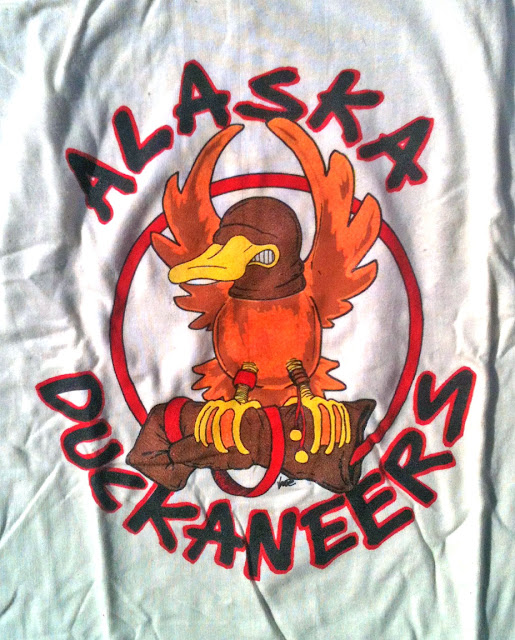 This tshirt was a private commission, supposedly based on an altercation between a birdwatching group's field-trip and an amusing (or horrifying, depending on your perspective) overlap with a falconer's group. 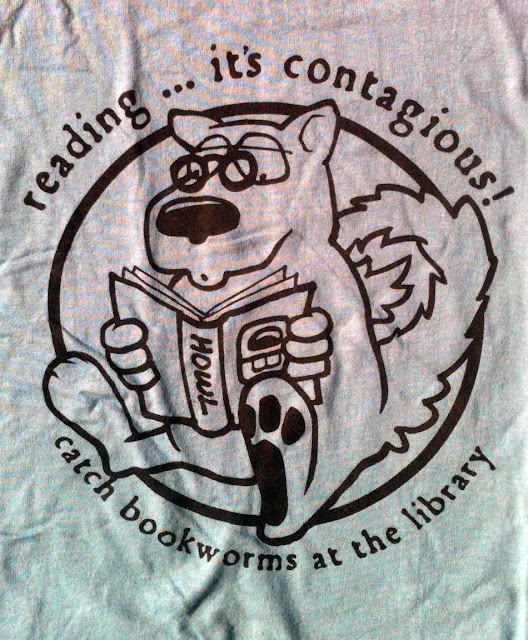 Design done for a fundraising effort to benefit the John Trigg Ester Library which is partially funded through their annual LiBerry Music Festival and Berry Pie Throwdown at the Golden Eagle Saloon. 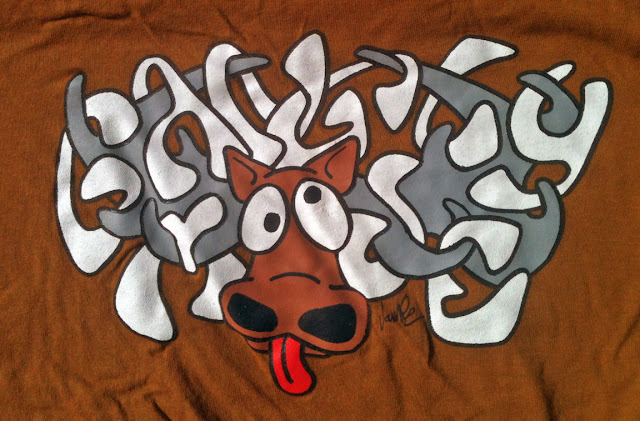 And here's one of the many designs created for the best band from the 'Banks back in the day, Gangly Moose (see Moosezilla and Yup'ik Haze. Best concert I was ever at for these guys was one where I had a table to sell some poster art, and saw many folks out in the audience wearing tshirts that I had designed. Short of sitting in someone's outhouse or office and seeing one of your cartoons stuck up on the wall, there isn't any better feeling than catching your art being worn on somebody's sweaty, dancing body. Too often 2D art just hangs on a wall, like a dead trophy.
This'll be the last edition of the recent archive tshirt posts - some of the better samples are crossposted in this gallery - but new ones are in the works.
at 6:00 AM

Email ThisBlogThis!Share to TwitterShare to FacebookShare to Pinterest
Labels: Tshirt