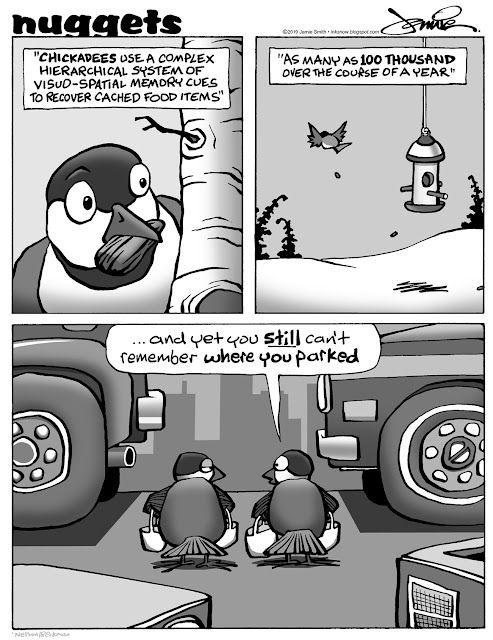 One of the more endearing species to hang around the cabin, and a frequent subject as of late showcasing their fluff and farts and cheeseburgers - not necessarily in that order. Their distinctive song can be heard most hours of the day around this neck of the woods, and it's a hilarious treat to sit on our porch - which is one story up on one side of the house - and watch them at eye level as they do their adorable little bombing runs towards the feeders. 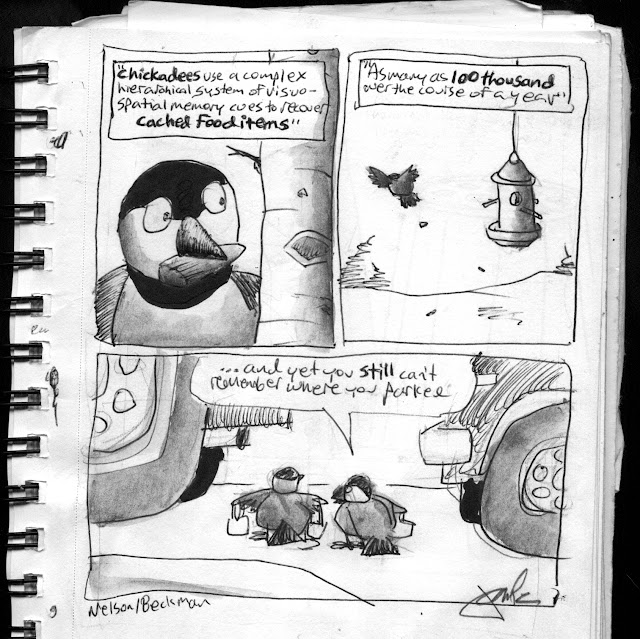 I will say this though: I formerly and publicly disavow any previous derogatory comments I ever made about the rude, voracious behavior of Redpoll hordes. Numbers aside, these chickadees give them a run for the money. Or in this case, bird seed, which I'll have to refill the feeder every couple days when our local gang gets up to speed. 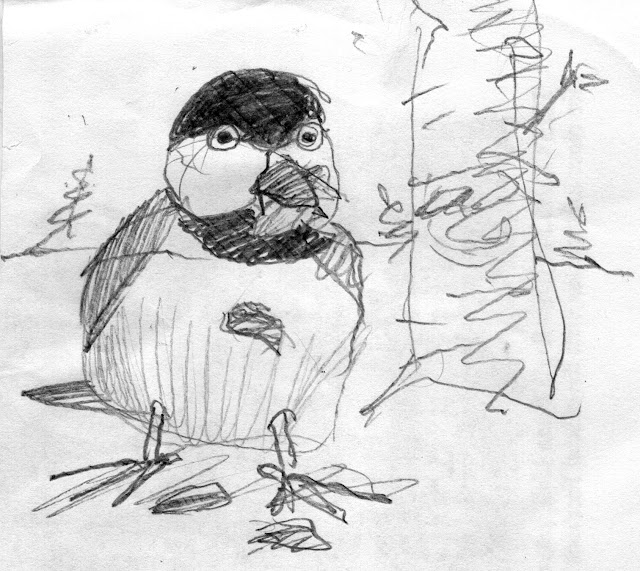 On a side note, I have had the distinct pleasure to make the acquaintance of one Boreal chickadee. Not the first one I've ever seen, but this little fellah has certainly made our home his. I have been able to distinguish his behavior from the others not only by appearance and song, but additionally it is the only one of the flock of regulars that feeds mostly off of the suet hanging off to the side of the sunflower seed feeder. The only other species so far this season eating the cakes are a family of Gray Jays plus the 'peckers (Downy and Harry). 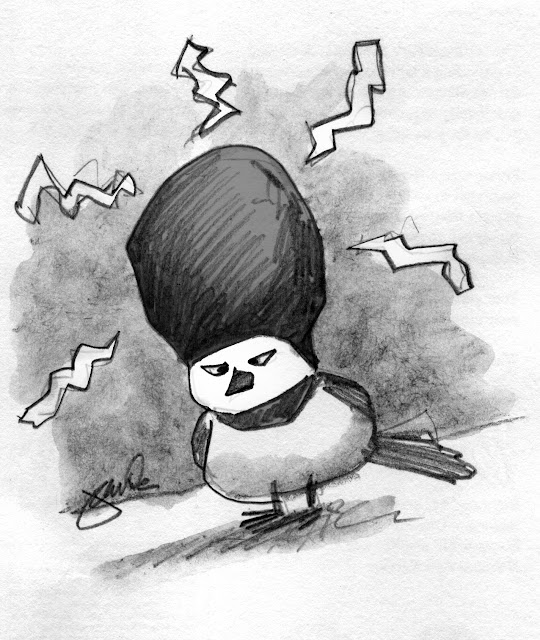 Oh and hey - check out the big brains on this bird: how else can it store so much memory? I had some more scientific data to share with you, but appear to have misplaced the link somewhere and can't remember the exact statistics. 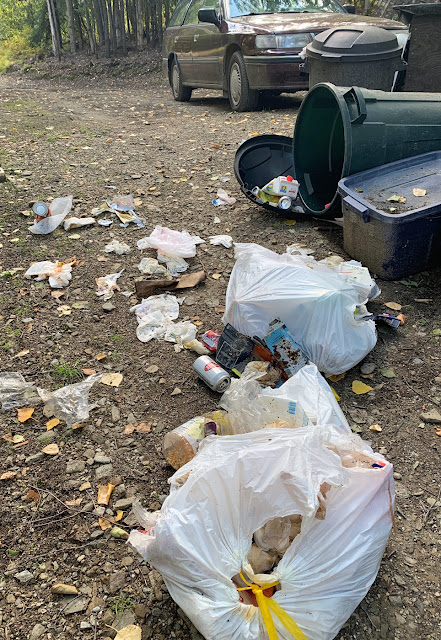 This is an actual photograph documenting the savagery of this species, especially when it moves in large numbers. Think Hitchcockian caliber nightmare material, just much, much smaller beaks (and it would follow that death would take an extremely long time of hundreds and hundreds of pecks.

*Bonus sketch of a relatively uncommon and furtive visitor to the woods around the cabin.