As of late we've been on the lookout for a relatively rare species of bird that's been spotted in our neck of the woods and is being actively sought-after by wildlife officials: the Gray-headed Chickadee, or Siberian Tit. Mostly our feeders are inundated with Boreal Chickadees, the local cousin of the familiar and ubiquitous Black-capped version. 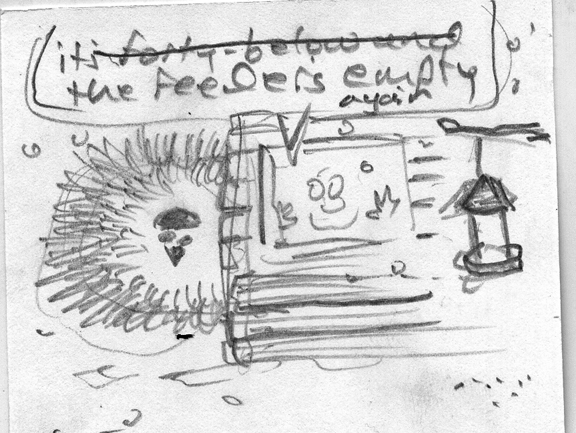 On a related tangent, found out that Creamer's Field /Fish & Game Biologist Mark Ross had earlier in the season snuck a caricature of me spazzing out while birdwatching for his weekly "Field Sketches" series that's published in the newspaper: