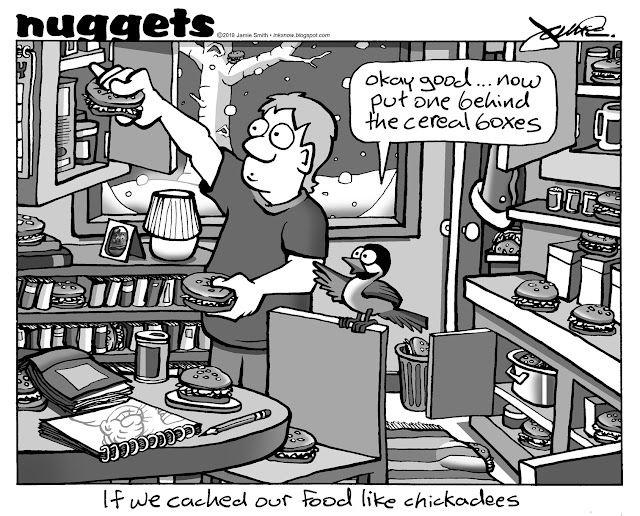 This winter - more so than any other I can recall - has seen a veritable non-stop flash mob of chickadees around the feeder. At least once a week I'm reloading the supply... even quicker when the ratio is mostly sunflower seeds. Pretty much once a day me + the kitties take up position bu the big window in the cabin and watch for a while with binoculars. Me, that is, since their little paws can't grip them very easily. 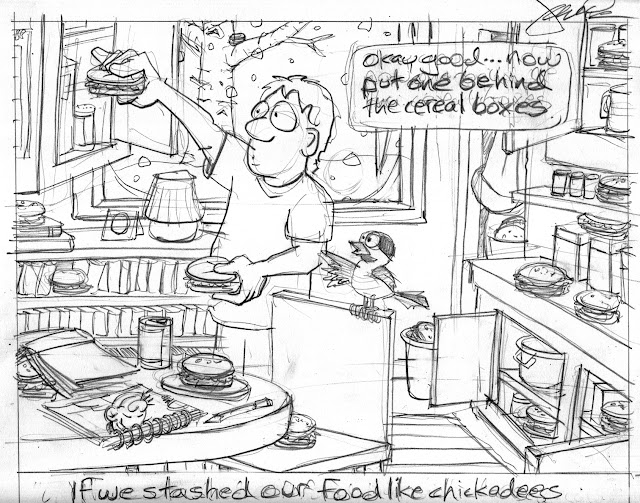 Their unerring capacity to stash food throughout the surrounding woods means a steady stream of traffic to and fro the feeder: even though recent science tells us that they are exceptionally intelligent, I've almost been nailed in the head more than a few times as they do their little dive-bombing runs back & forth. Sometimes when I look up at the mob scene up in the canopy of bare-limbed birch trees, it's a scene straight outta Hitchcock, excepting they're so dang cute. 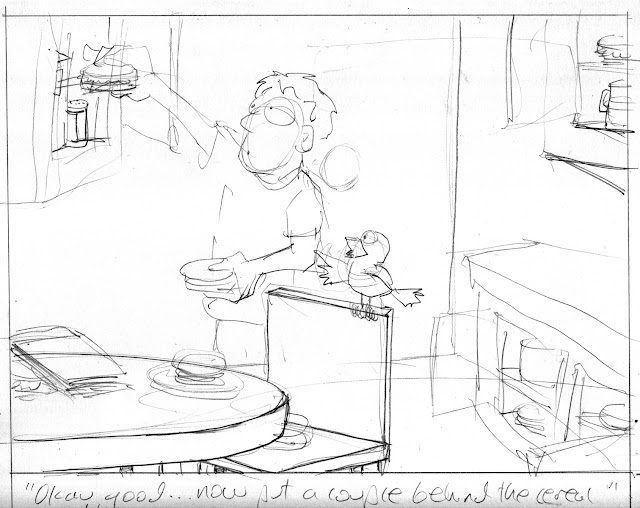 Also some Boreals have been recently ID'd, and every so often the local Downy makes an appearance. Notably absent are the hordes of Redpolls that usually pillage their way across the neighborhood. Nobody ever seems to get excited about the suet cakes I put out - maybe I'm just unlucky with routinely getting stale or bad batches from the feed store. 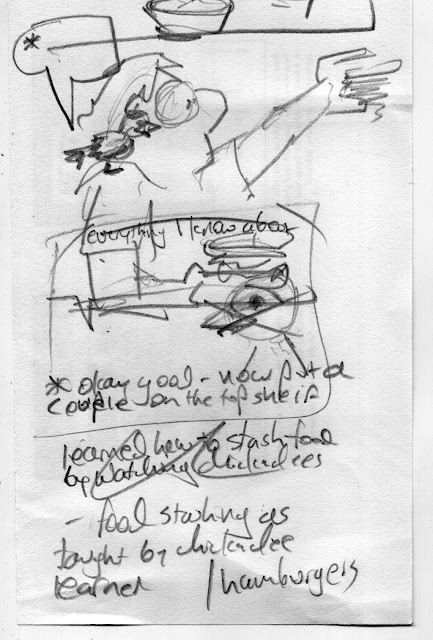