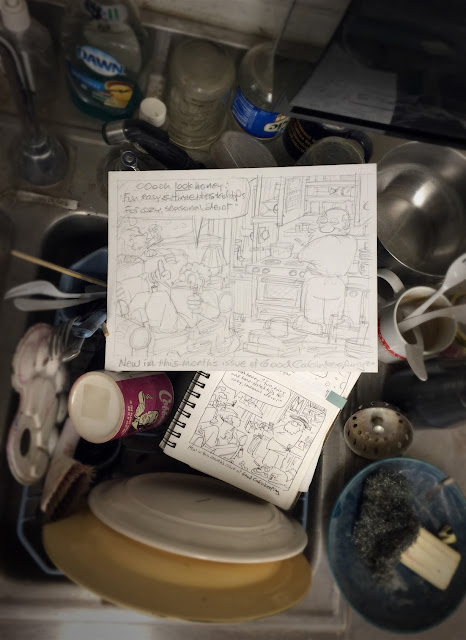 Got the inspiration for this particular panel while sitting around a waiting room, and looking over the morgue of magazines. Definitely channeling a George Booth vibe here what with a snapshot of a sourdough couple enjoying a shared moment of domestic tranquility amidst the accumulated detritus of typical cabin dwellers (flotsam and/or jetsam?). These two characters show up every so often as a frontier version of Pickles... absolutely no relation whatsoever to anybody, no sir. Nope. 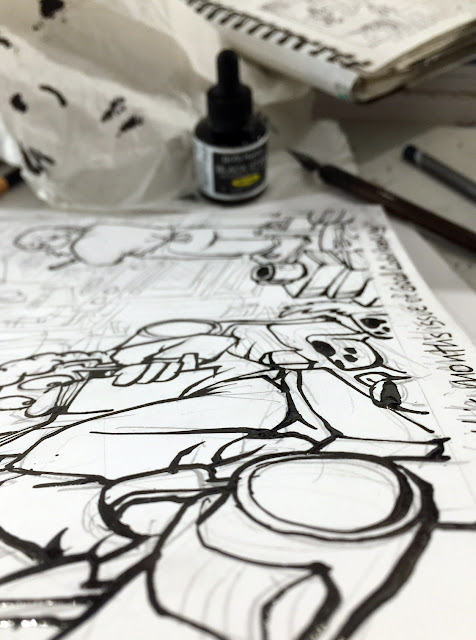 This was one of the demo pieces I had going on in the background as a sort of continually unfolding work-in-progress. In other words, it served as a case in point that there will be stretches of time when one just simply cannot spare enough time to complete something on one sitting. It will require the frustrating and scatterbrained approach of snatching ten minutes today, again tomorrow and/or in a few days while sandwiched inbetween innumerable other tasks. 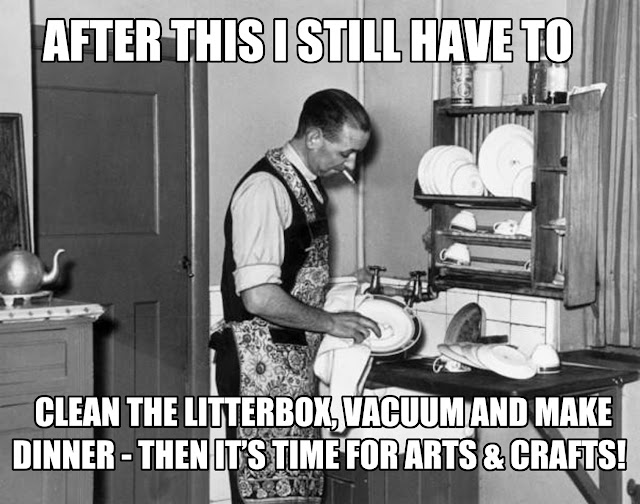 I like to think of it more like scattering seeds across the mental landscape, returning every so often to prune, water + weed. In this way I have panels in varying stages of completion at home, at the office, classroom, car and shuffled into numerous sketchbooks.So even in the penciling phase it took several sessions of sneaking in ever more details, and the subsequent inking was also accomplished after four, maybe five different pit-stops to work up an area here + there. 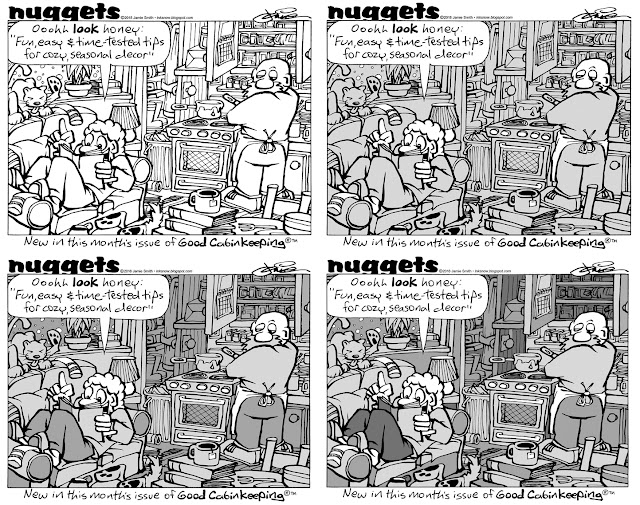 Here's screen-grabs of just the first few initial passes of shading in Photoshop after scanning the pen + ink piece. Ostensibly to save time, I tried a different approach that may actually in retrospect circumvented the burnout stage, as after a few sessions of attempts at finishing the panel were aborted when all I did was stare at it while mentally repeating to myself "damn that's a lot of stuff to shade in... and why do I keep doing this to myself when cartooning is supposed to be be both simple + easy?" 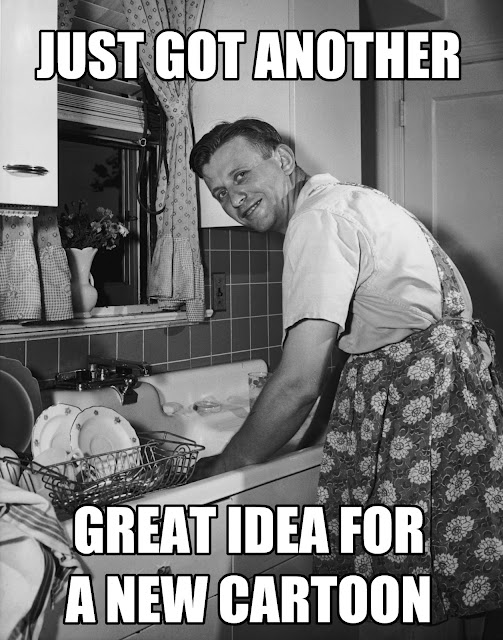 So setting a neutral mid-tone as a background to work from was a great way to set the stage and break the creative log-jam that sometimes happens when confronted with a dense array of detail. This way I could in successive passes across the panel keep pushing general areas further back with darker values, and then conversely hit highlights by pulling out certain areas. This push/pull kneading of the piece is exactly the same process I drill my students with in classroom exercises using charcoal.


And then finally comes the day when you peek into the nest and one of 'em starts hatching. 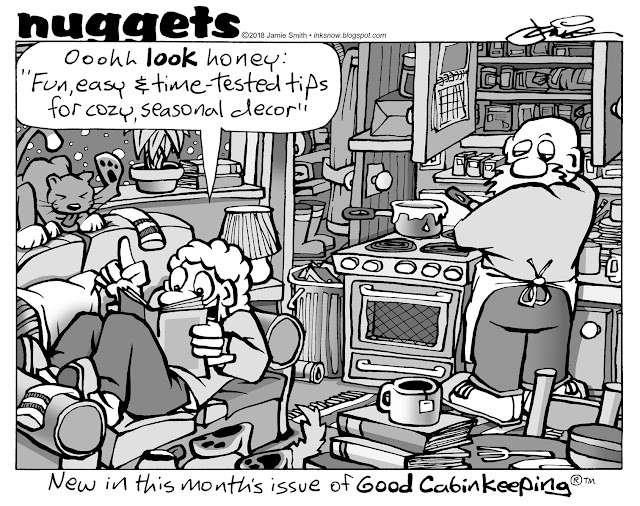