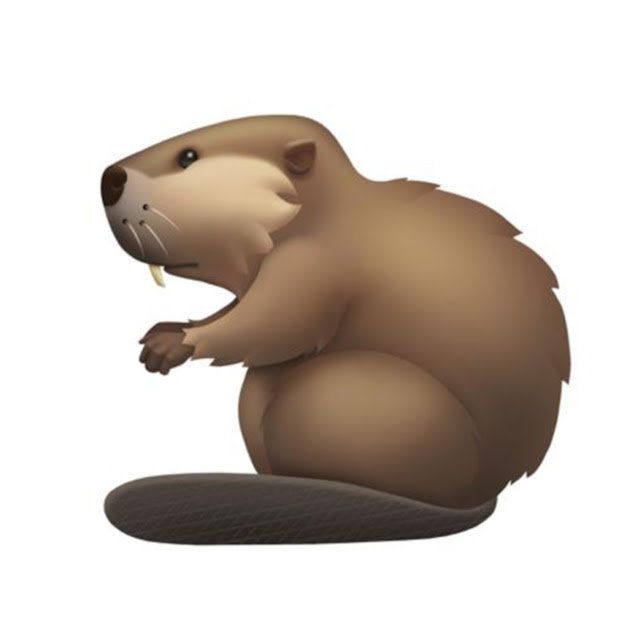 First things first: As many of you were eagerly awaiting the official release of the beaver emoji since I first blogged about it back in July of last year.

"Beavers are very cute and nice animals. They live in the forest and they eat wood. If you like to practice outdoor sports, use this lovely emoticon anytime you go to the mountain with your friends. Also use it anytime you are out hiking or doing some excursion with your boyfriend/girlfriend." - Emoticon Planet 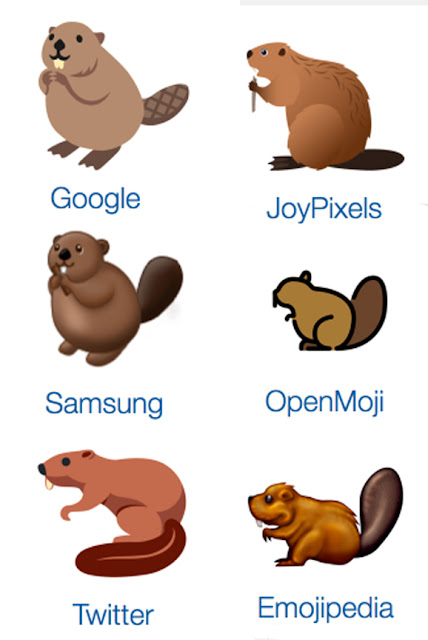 Well now there's a whole colony of them out there available everywhere in multiple formats. The virtual world is surely a better place now. 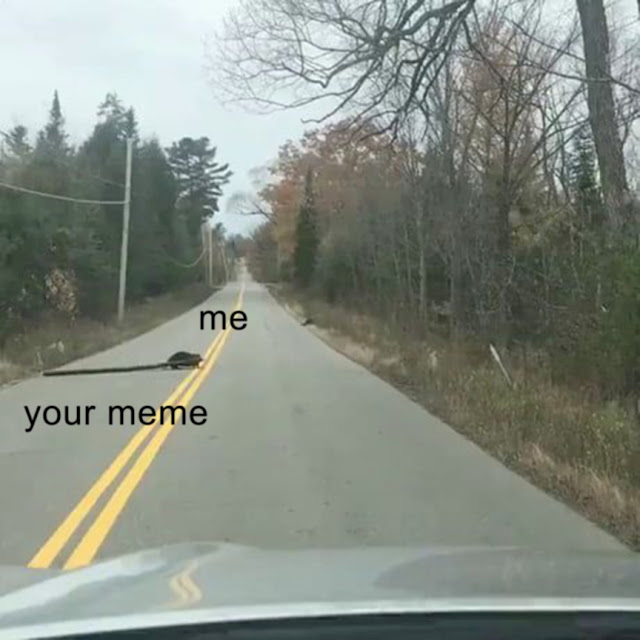 I'm about as much of a memelord as I am an established artist: just off doing my own thing in this vast expanse of wilderness. Every so often I add my little logs to the lodge. 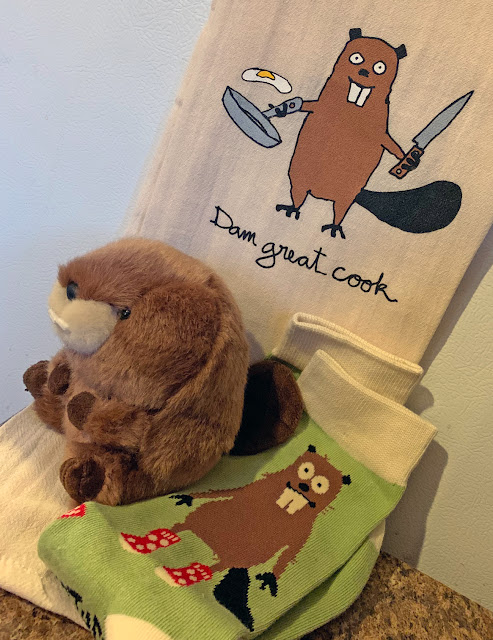 This just goes to show you that I can't be left alone without adult supervision in most sores. While the Significant Otter was otherwise occupied during a recent shopping expedition, I managed to get everything I could ever possible need. 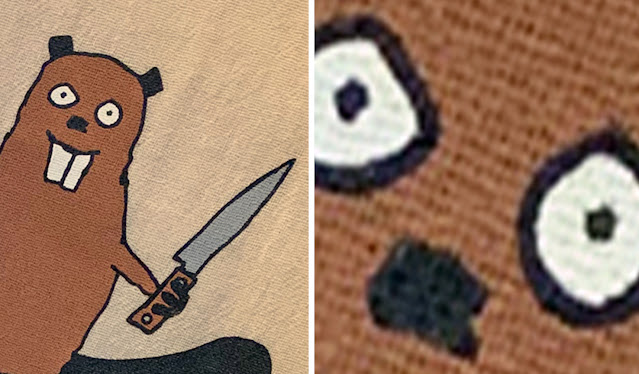 And yeah, it has been pointed out how the beaver wielding a knife (?) is rather vaguely horrific. So it's up on my kitchen wall right next to the sink so it sees everything. 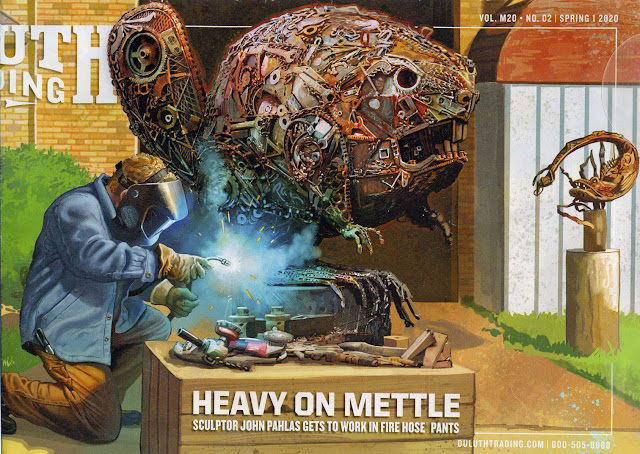 Speaking of being a good consumer this cover of a recent Duluth Trading Co. catalog caught my eye, as one might expect. A little more exploration brought to light the work of sculptor John Pahlas. 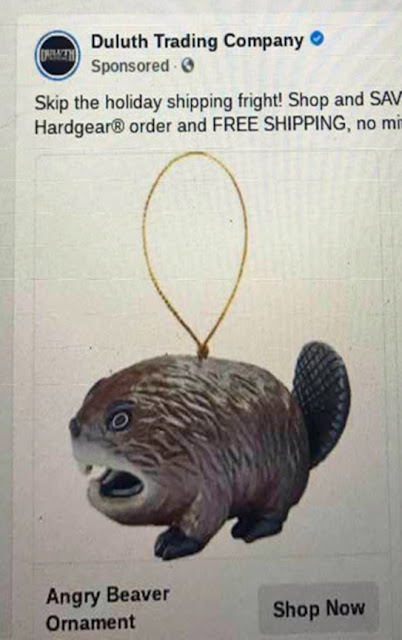 And, like busy beavers all over the world, I think I'm now gonna hafta go and get my own tree. Just so's I have a place to hang these precious ornaments (tail-slap Scott K.) - right next to the artisanal hand-lacquered and organically gilded moose nuggets. 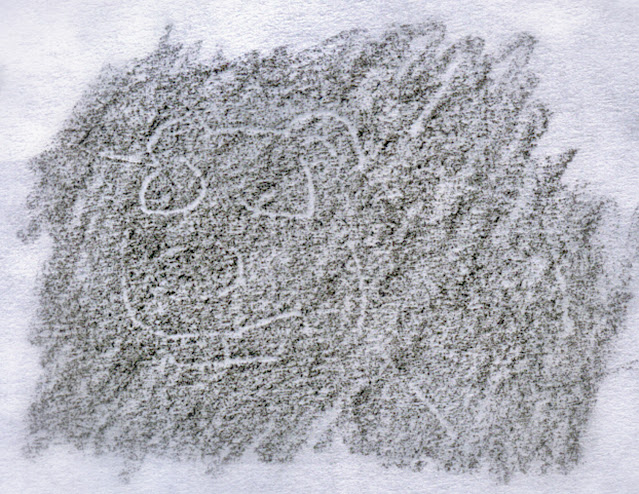 What's almost as eerie as this ghostly image from a beaver rubbing is the fact that I haven't the faintest clue where it even came from. Weird.

To make matters even more mysterious, sometimes I wake up late at night and imagine that I can hear the far-off sound of a stream, and the faint chitterings of orange incisors gnawing away ceaselessly, endlessly devouring in the dark.