Son of Return of Castor Canadensis 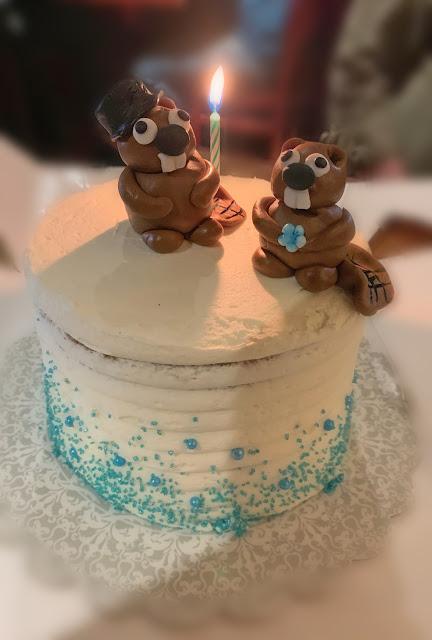 First off happy anniversary to the Significant Otter®™ (again) and here's a shot of the culinary genius' creation from the folks at Marlo's Bakery - same as the wedding cake only this time sugar-free.
Join me below the fold for more... 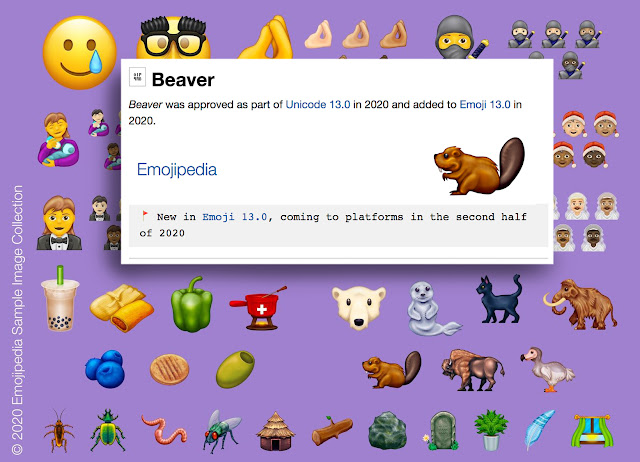 The biggest news in beaverdom has to be the official advancement of the beaver emoji, slated for appearance later this year. To say I'm ecstatic is an understatement. 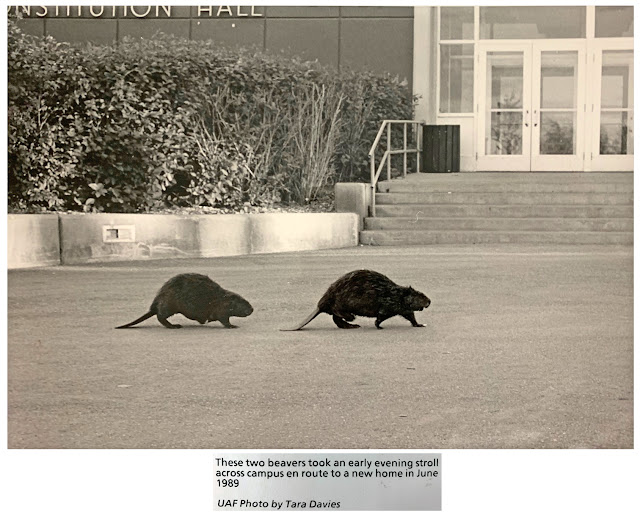 Culled from the archives at the Polar Regions Collection at the Rasmuson library. One could fast-forward the setting to campus today and on account of the pandemic, a similar repopulation is occurring along with moose, bear and other nontraditional, non-degree seeking students are returning. 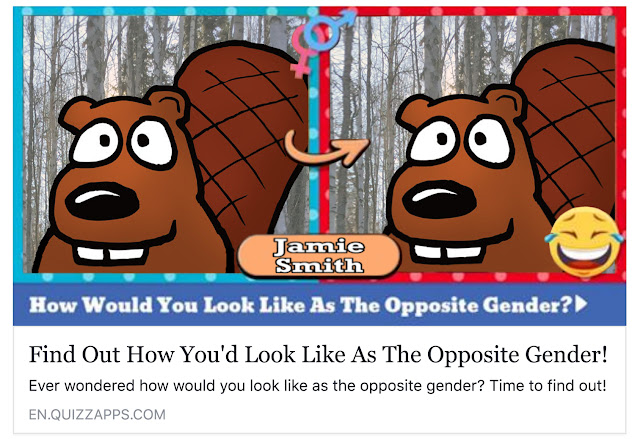 "Smurfs are asexual. They don't even have... reproductive organs under those little, white pants." - Donnie Darko 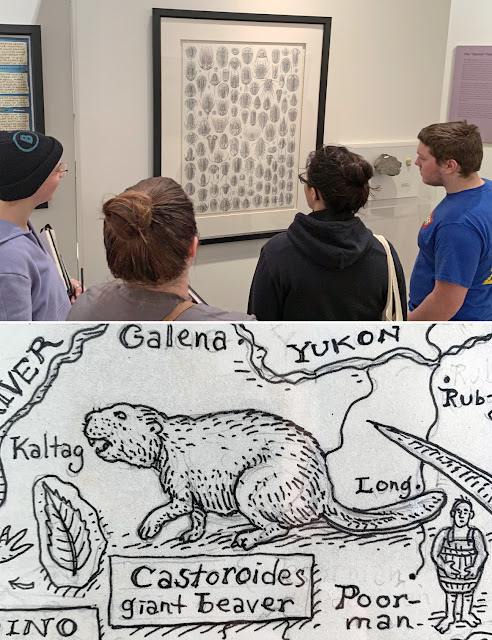 Bonus exhibition on display during the semesterly field-trip to the UAF Museum of the North for reference sketches to an upcoming pen & ink assignment. Just so happens Ray Troll is one of the masters in Alaska at such things - great show, and couldn't ask for better inspiration to aspiring - and experienced - talent alike.

Speaking of student works, here's the in-class exercise we undertake in experimenting with the rendering of various textures done with my bag o' beavers. 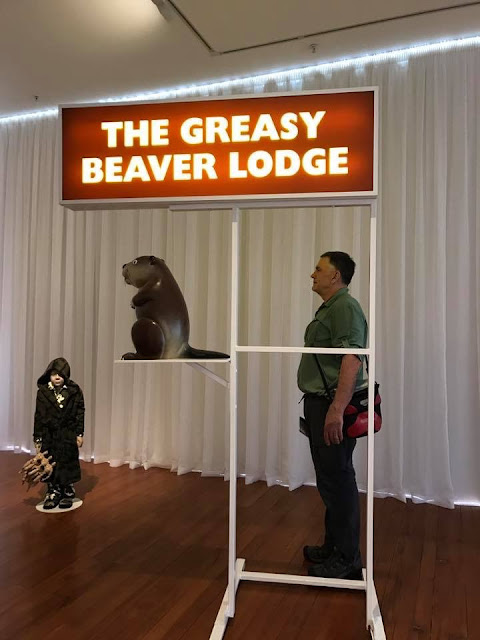 Once again I have to give a hat-tip tail-slap of appreciation for the miscellaneous material y'all send me (esp. Chase + Phyllis from the Greasy Beaver Lodge in Dunedin, NZ). 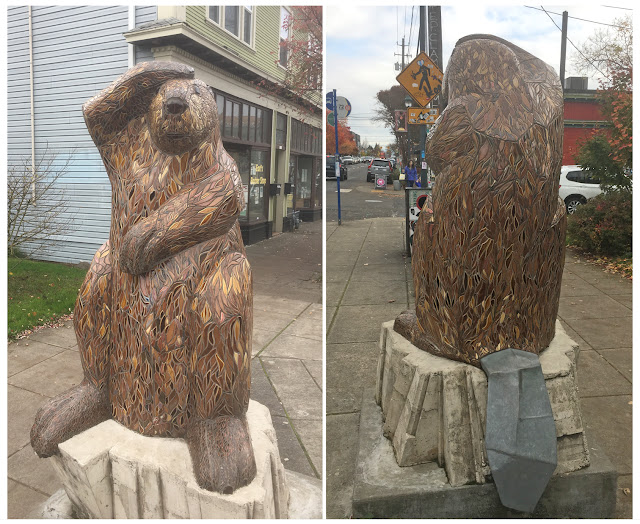 Likewise Ian + Melissa who grabbed a couple snapshots of a statuesque beaver presumably somewhere in the North Country of Vermont. All I know for sure is after doing a Google Image search on the picture plus the term "beaver statue" I discovered enough material for another few years of Castor canadenis-related posts. 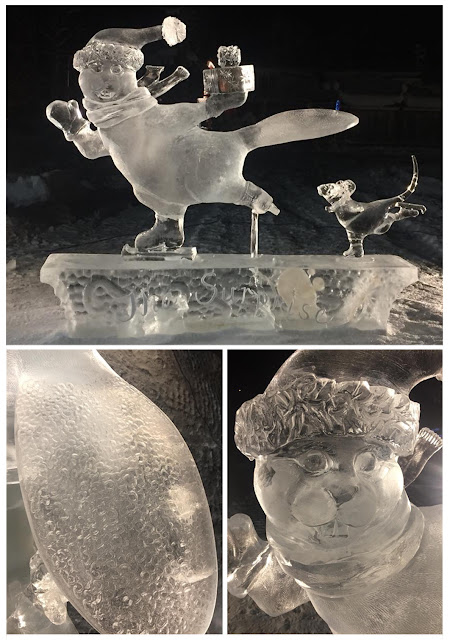 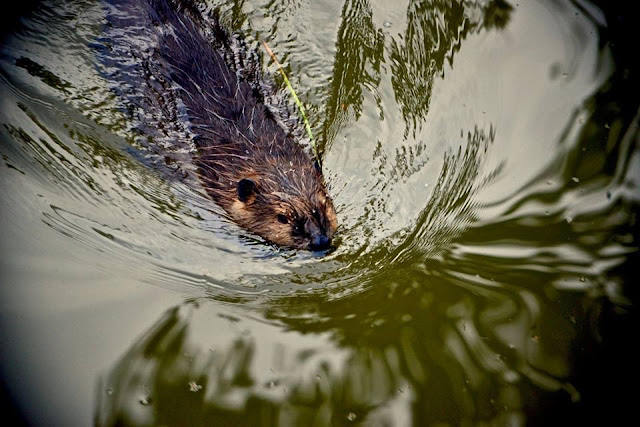 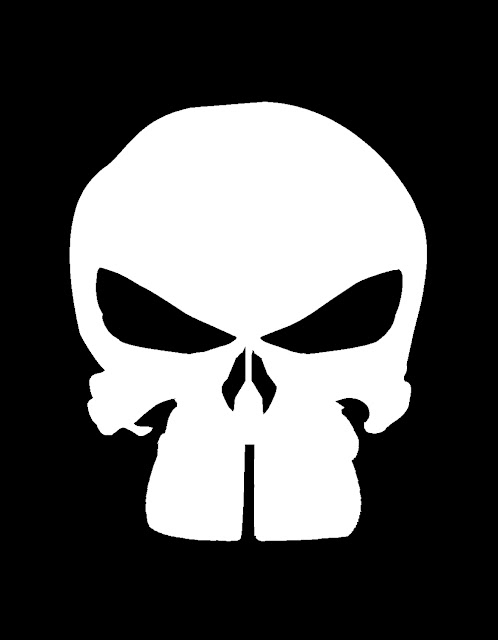 The Punisher comic book character has had his logo appropriated by cops, and the the creator understandably isn't too happy about that. My toothsome take as a parody - the PUN-isher - will soon be appearing on pelts.

Fianlly, here's a cute little tableau I created for marketing the Sunday feature using some top knot-ch modeling talent and the excerpted Valentine's Day panel for this year.
Until next time dear reader: see y'all back at the lodge! 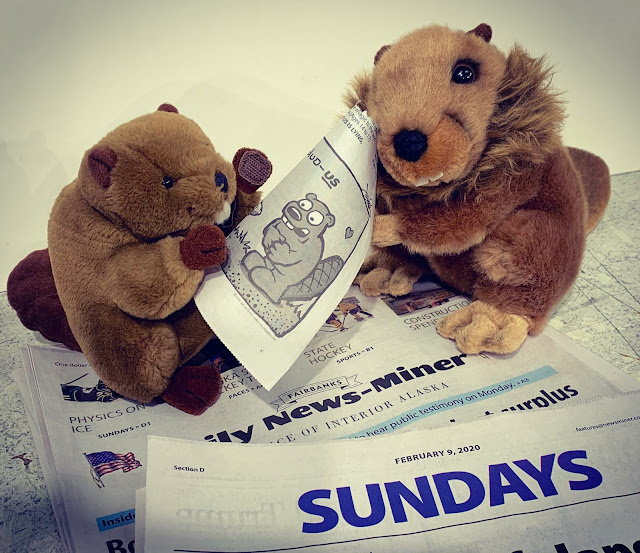