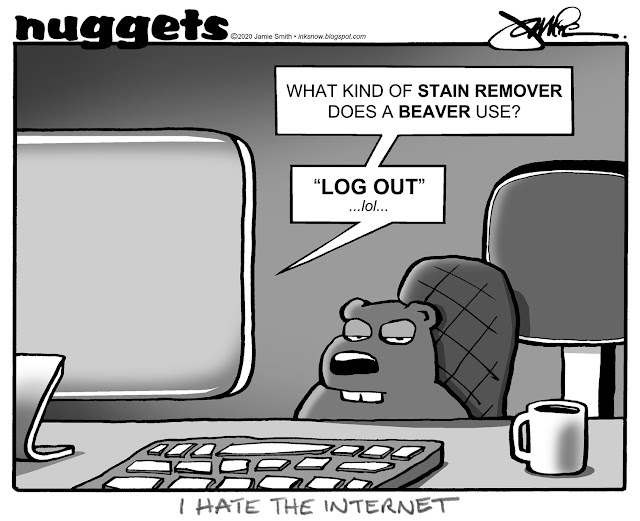 There are two variations posted here because on account of a disaster (soon to be expounded upon) when I lost the digital version along with a dozen other panels. But turns out I had uploaded a version which lay undiscovered until after I had rescanned the original and recolored it for printing. Now I don't know which one is better, or ever ran in the dam paper for that matter.

For this one there was a certain order. First the joke is jotted down, then an accompanying illustration is sketched out, after which a certain expression summoned up a secondary caption to wrap everything up in a sentimental (maybe scent + mental) sort of way to say sometimes I have a real hard time with social media. This is okay because more often than not it evokes the early days of being in print: you simply had no idea who was reading you or why. It didn't matter so you went on screaming into the void, sometimes stopping to listen for echoes. Now it's just a click away to comment and connect. If anything it is confirmed that there is no end to the ridiculous, exponentially amplified on-line, and at any given point in time there are a billion other beavers out there wondering if they're alone. Keep on chewing anyways. 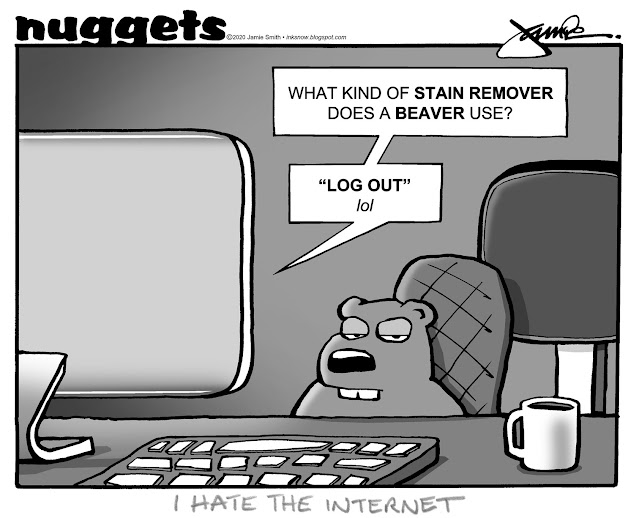