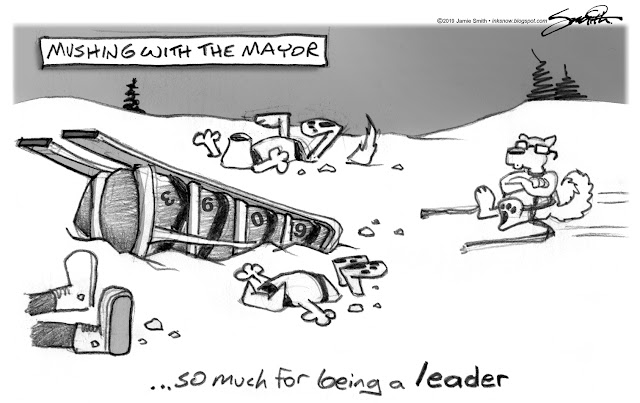 Every single person I've been talking to has expressed the same disgust, bewilderment and betrayal over this recent decision of the mayor to veto the non-discrimination ordinance. One of the reasons is it really brings home - literally - the abject ugliness of an administrative policy + partisan philosophy that is currently being played out on all levels of government (and indeed, reflective of society at large). 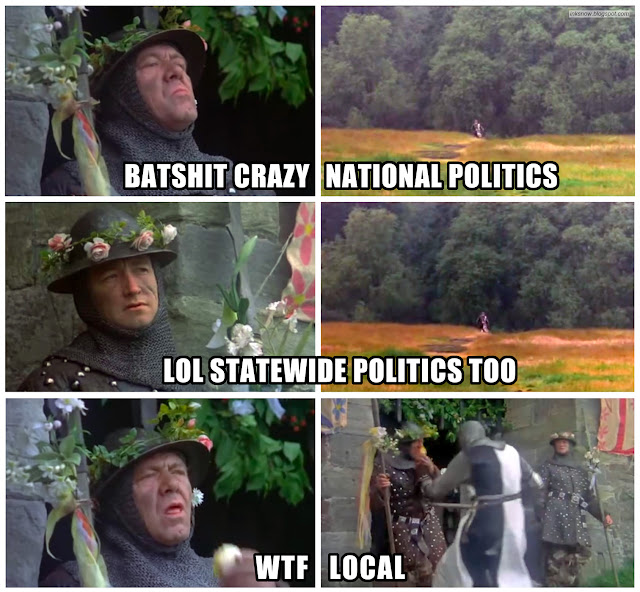 Hence this classic sequence from The Holy Grail perfectly encapsulating the sudden realization amongst many folks how shit rolls downhill all politics is local. As in, it's all fun and games until someone gets hurt... in this case friends, family and neighbors alike, regardless of political affiliation. In fact, it's a positive sign how many people across the spectrum are slowly recognizing the insanity of this style of governance and how it threatens everybody across the board. 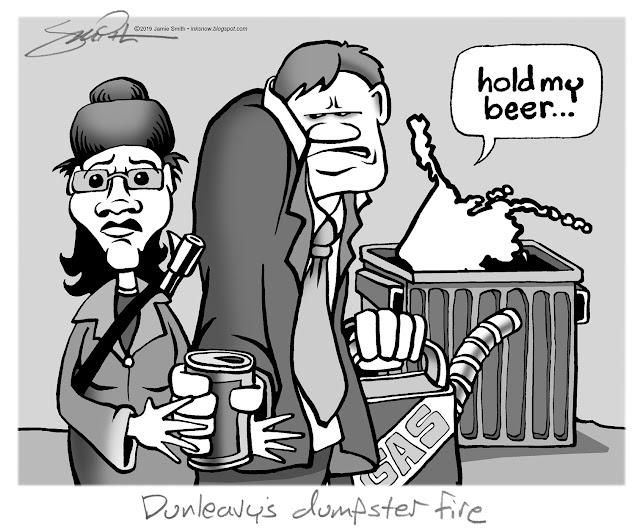 Case in point being the hand-in-glove disaster of the governor as he continues to corrupt and cripple Alaska. On account of outrage fatigue I can't keep up with the veritable tsunami of idiocracy and moral malfeasance he and the rest of the Republican party is unleashing upon us all, so I suggest you follow the efforts of Alaska's preeminent journalist Dermot Cole (plus Midnight Sun and also the Alaska Democrats). 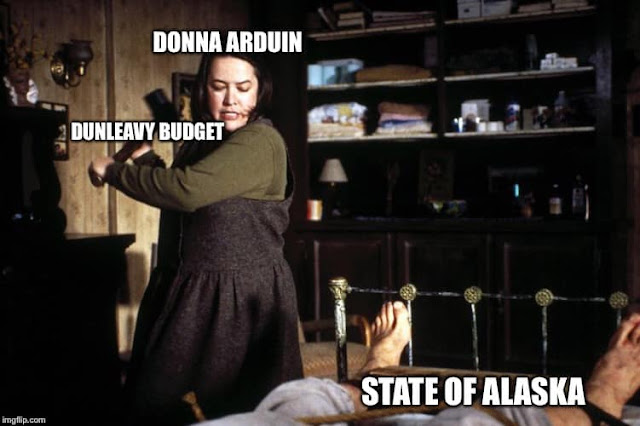 Suffice to say we are witnessing firsthand a resurrection of the Grand Ol' Party's "Corrupt Bastard Club." I've long joked about Alaska being just a few years behind the rest of the country when it comes to catching up on both the good and bad as far as current events unfold in the Lower 48. Well here we are, watching the tide roll in and begin to eat away at the foundation of everything. On a happier grimly satisfying note is how people are getting off their apathetic asses and rallying to the cause: I really dig how one of my recent panels was made manifest in meatspace: