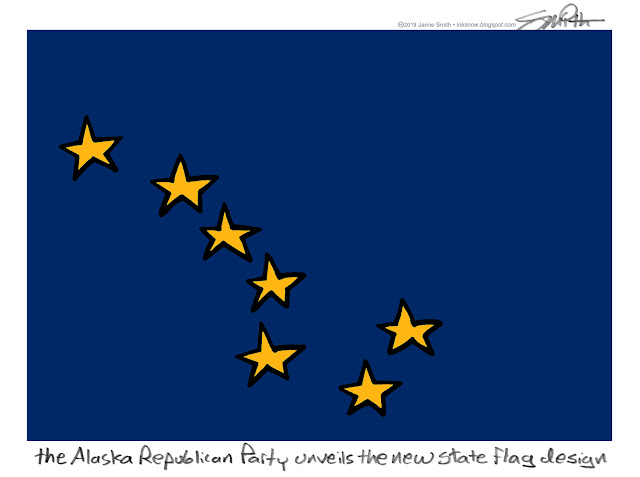 Here's a hint: Polaris, the North Star as depicted in our state flag, symbolizes the lodestar: representing guidance and direction; a beacon of hope and inspiration, and the promise of Alaska’s shining future.


“The blue field is for the Alaska sky and the forget-me-not, an Alaskan flower. The Dipper is for the Great Bear—symbolizing strength. The North Star is for the future state of Alaska, the most northerly in the union.” - Wikipedia 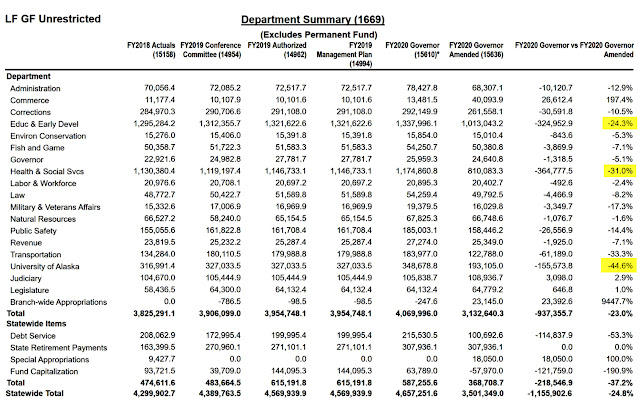 The new governor of Alaska released his budget, and it will decimate the state. In particular it cripples education, which Republicans have a vested interest in keeping the populace politically, if not functionally, illiterate, as it further ensures and perpetuates their voter base. 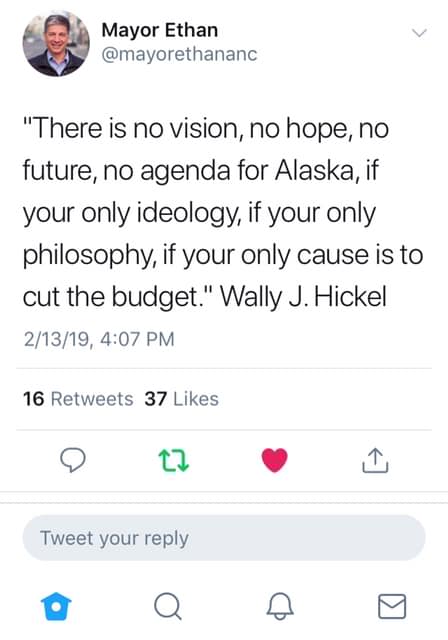 And like the analogous charade currently continuing on the Federal level, it also allows for the looting by corrupt bastards to begin in earnest - the recent privatization of our state's sole public mental health institute with murderously amoral corporate profiteers is only the beginning. As evidenced by their usual tactics this infection will spread throughout all levels of governance, resulting in the strangulation and subsequent selloff of state functions.


"Correct Care Solutions was a medical-care spinoff of the private prison giant GEO Group. GEO Group is already a player in Alaska’s incarceration world. The company manages almost all of Alaska’s halfway houses. Critics, including the former head of the Department of Corrections, say GEO’s management has allowed drugs and contraband to infiltrate the halfway houses and the number of inmates escaping to rise dramatically.
The state budget director, Donna Arduin, has come under scrutiny by some lawmakers and a consumer-interest group, the Alaska Public Interest Group, for past connections to GEO." - KTUU 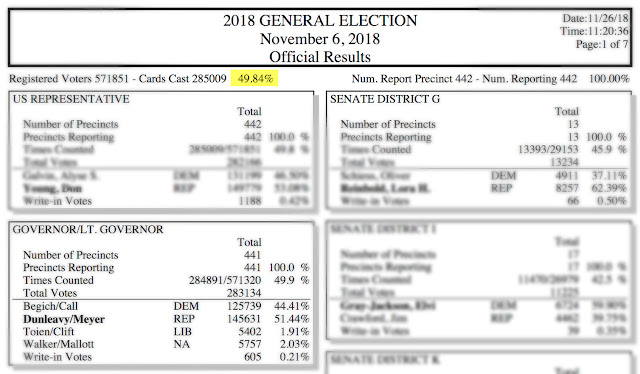 And a reminder that this past election less than half the eligible voters bothered to do so. And one statewide House race was lost by one vote, which dominoed into yet another Republican trifecta of all branches of government.


"JUNEAU — The tie stayed until the very end, when a decision about a ballot challenged during Friday’s recount flipped control of House District 1 — and with it, control of the Alaska Legislature — to the Republican Party." - ADN


It's also been asked why the caption of this cartoon didn't simply target the specific source of this insanity, as in blame Dunleavy. Sorry but no, like a Great Northern Trump, that albatross is firmly hung around the neck of those who ultimately owns this disaster - by a landslide.

That being said, someone has to swing the axe.