2020 set the bar with the best of the year, and I'm gonna kick off the new year with another epic one right out of the gate. More after the jump... 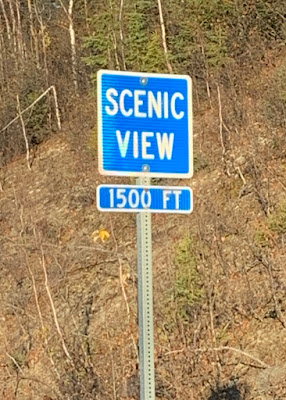 This one claims the record length of any panel - three feet long. It required some initial investment of research, otherwise known as taking a quick little road trip down the highway so as to get photo reference. When I first thought that the text on the sign would be done on the computer I found out some interesting things about an actual officially designated font specific to such signage (see: "Highway Gothic"). 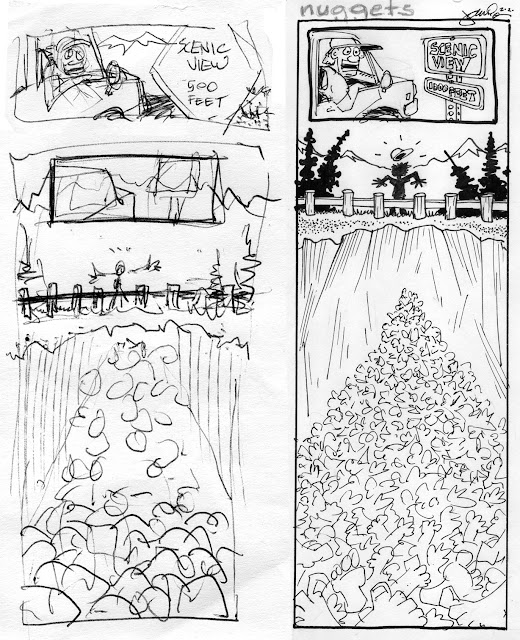 Here are two stages in concept sketches, with the initial doodle plus a more detailed rough. Right about this time was when I began to entertain the notion of actually rendering one thousand individually drawn feet. 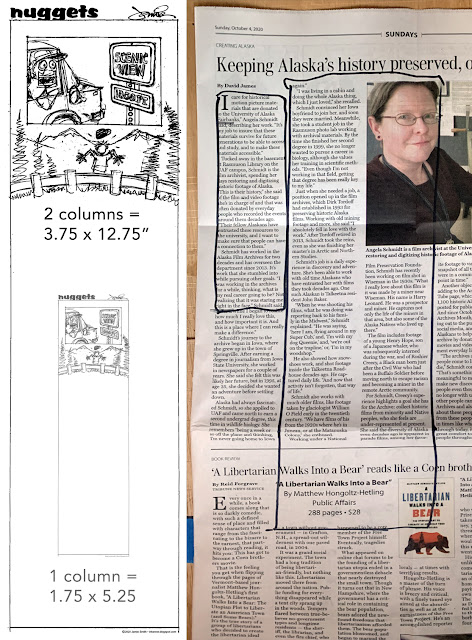 I even went so far as to estimate the real estate that such an oversized panel's proportions would occupy on the printed page, and so calculated the column widths. Setting the parameters would in turn provide the allotted area for drawing all the feet. 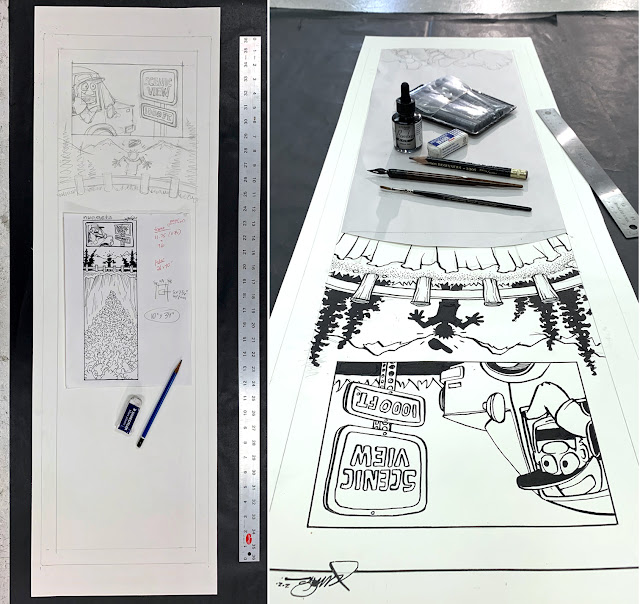 Scaled up for a full-sized pencil sketch on good, thick stock. Inked in the top half, including the floater/inset panel that sets up the gag. Left the bottom half blank so as to begin figuring out both the relative scale and foreshortening for fitting in all the footsies. 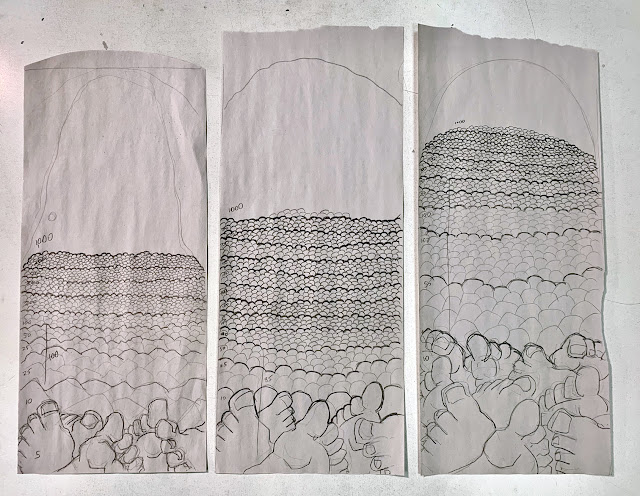 After plotting out the remainder of the composition several times, gradually refining the cascade of people-paws. it occurred to me that I was turning into a facetious caricature of a cartoonist. The steadily escalating series of ever-complicated compositions tackled for the weekly feature was becoming really pretentious, and fun but getting farther and further away from what it's all about. 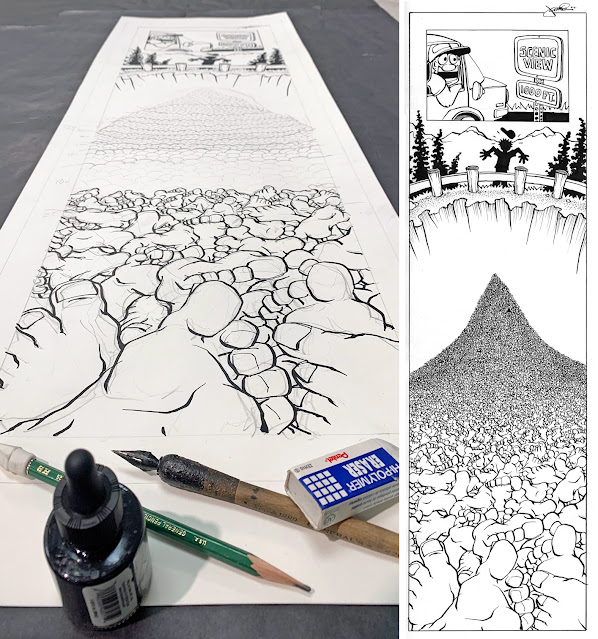 So I just simply scumbled in the remainder of the feet, and called it good. Above and beyond any abstraction there's certainly way more than a thousand there, but c'mon... it's a goddamned cartoon. Tell you what though, I splurged on a couple cheapo frames - and wow they look outstanding after getting nicely worked up on the local shop's new full-sized printers (see some more samples of their solid printing for these events here). You'll just have to wait a bit until after the annual January gig gets up, as this will be a centerpiece to the show. 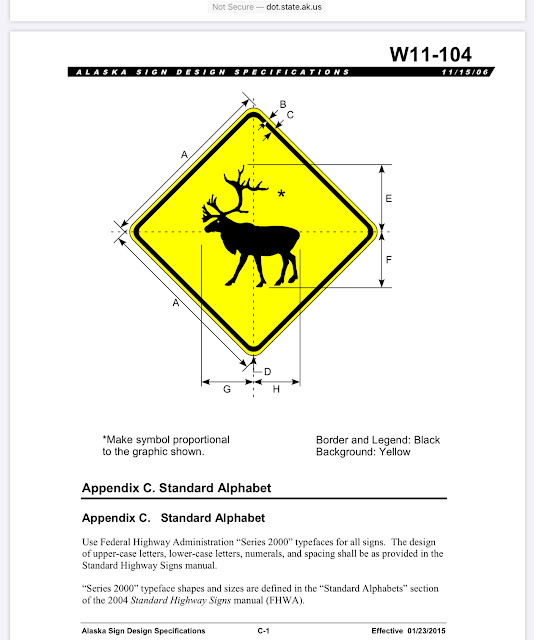 Oh and one last amusing side-note: After sending it off to the newspaper with the monthly batch, I showed this panel to the wife, who, in a completely inconceivable take on it, was more than a little disturbed at the concentration camp vibe. *Note: One major aesthetic element to warping many an interpretation would be the rather harsh in hindsight shift in style from goofy cartoony in the inset to a somewhat (at least in comparison) "realistic" rendering of the extremities. I was in turn horrified at the possibility of such an interpretation, and in a panic called the editor so as to get another objective appraisal. He assured me that he immediately "got it" and had no problem with it. Another aside was my noticing most of my submissions were still taking place in an unseasonal setting, as in, winter was here, but my panels were still depicting summerlike scenery. Seems there's a consensus that it's just fine with everybody for me to keep on blithely ignoring reality. As usual. 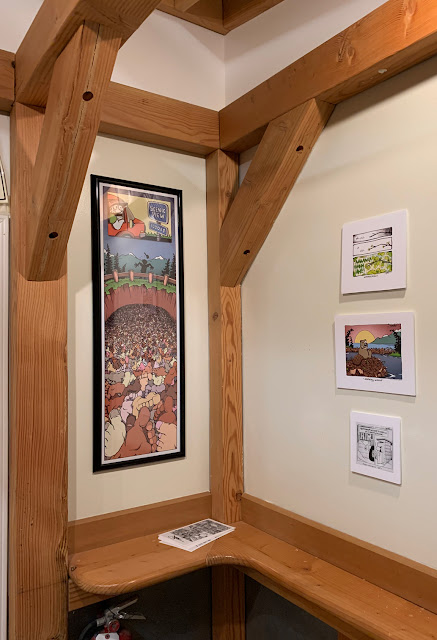 *Update: Just had to upload a shot of where this particular piece is displayed in the current "Hindsight: 2020" show... It looks like it was designed just for not just the frame, but also for the corner nook in the distillery.

In closing, the accompanying soundtrack in the background throughout pretty much all of production sums it all up just perfectly...