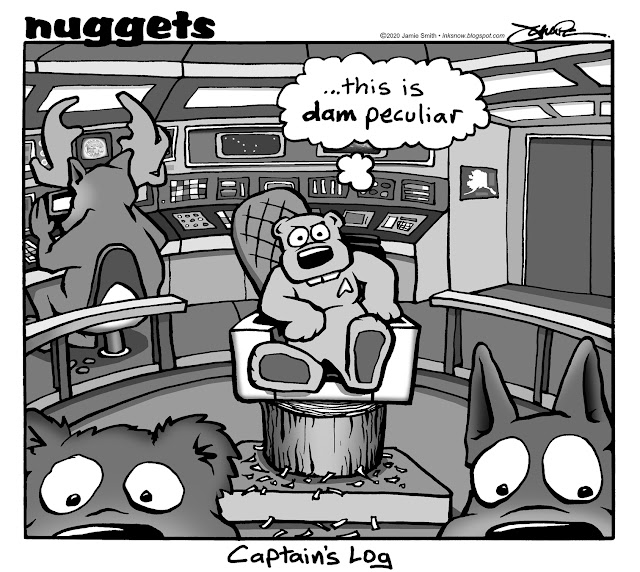 I'll finish up the year with one of my personal favorites. This one's for the Significant Otter, who now has every. single. one. (more after the jump)

"As I experience certain sensory input patterns, my mental pathways become accustomed to them. The input is eventually anticipated and even 'missed' when absent." - Data

Went back & forth on whether or not to include the stardate in the caption (note: somewhat of an arbitrary stardate as the movie begins with 8130.3 and ends with 8141.6), and also kept vacillating on keeping the “this is dam peculiar” line. Experience has shown the more bonus material you throw into the mix the more you actually wind up confusing normal folks (as opposed to fans), because then everything is looked at as a potential hint, and they wind up even more hopelessly off base than before. So keeping it simple is the best way to go usually – except this was just too good of a gag. 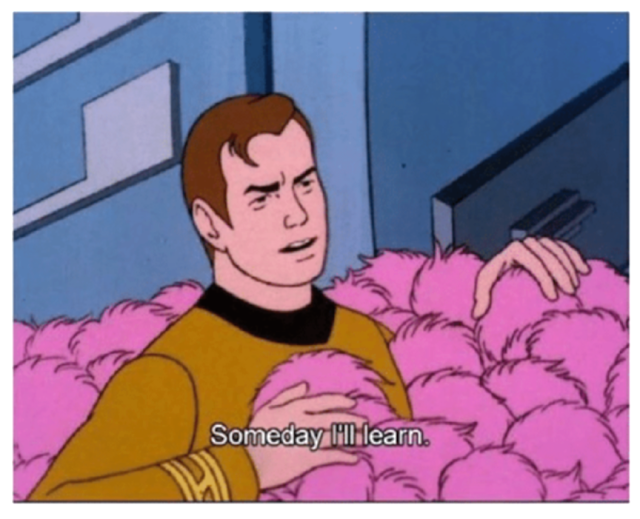 I routinely drop one-liners from movies (a good percentage of them from Star Trek) on unsuspecting audience and I’m used to them sinking without a ripple of recognition. Case in point: quoting Scotty's attempt to interface with the computer in "Voyage Home" whenever I have to wake up the drawing studio's PC. Never gotten a reaction yet from any of my students. But, just like cartoons, doesn't mean it ain't funny even if nobody laughs.

And the pose is echoing Kirk’s iconic posture plus a pun on his infamous commentary on the silent approach of the Reliant - here's a direct link to the exact moment, and this is the backing score (direct link here) from the specific re-fur-red to scene. 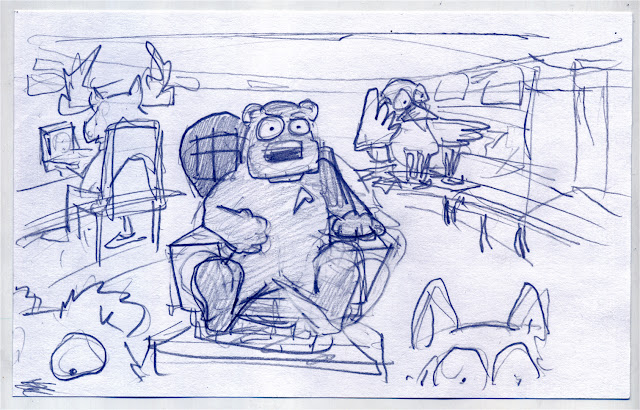 I’m still bummed about not being able to work Uhura as a Raven into the mix (see thumbnail), but the composition got too crowded from that particular perspective, and it would have entailed redrawing the entire bridge so as to accommodate her, so my excuse now is that she’s hidden behind the tail. 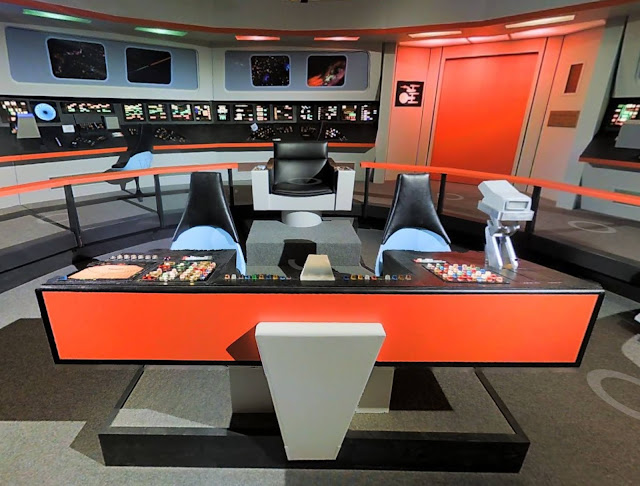 Also inquiring minds might note the main deck is from the NCC-1701 Enterprise of the original series, and for reference to those ends I employed the resources of Matterport's amazing online set reconstructions in immersive 3D. Bonus points if you can spot the numbers in the preliminary concept sketch posted below. 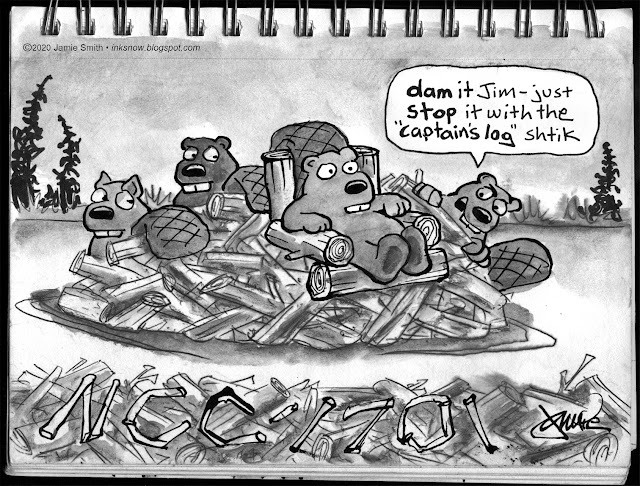 Speaking of soundtracks, IMHO James Horner’s "Wrath of Khan" is the best overall soundtrack (and central theme) in the entire franchise: the Genesis Countdown sequence where Kirk rushes down to engineering, and throughout the death of Spock, still has the power + passion to bring tears even as a standalone by triggering indelible associations. Horner’s entry on the Trek mythos remains one of the defining scores. But I’d actually rank the theme as third-best.. 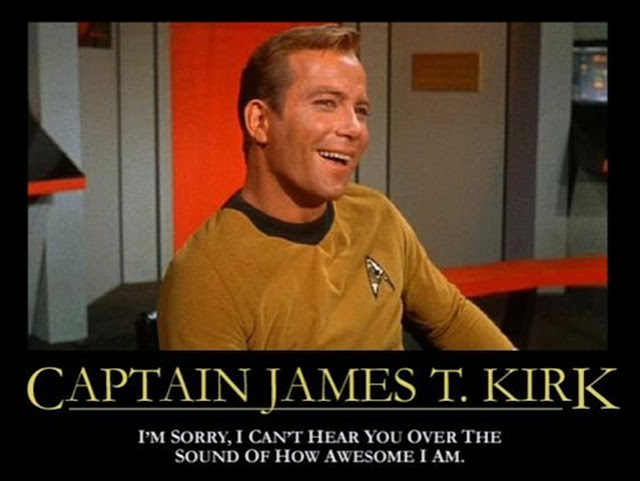 Another master, Jerry Goldsmith, made an intro (“Remus”) to the much-maligned “Nemesis” movie that is even better, which is itself second only to Cliff Eidelman’s sweeping overture to “Undiscovered Country.” Michael Giacchino’s contemporary takes are also right up there, but I always feel so disappointed with what J.J. Abrams did to the Trek universe it often overshadows any enjoyment of the “Kelvin” timeline (sympathies to the Star Wars fandom as he turned around and did the exact same thing in the exact same way to them in turn – brace yourself for inevitable incursions into Marvel and/or DC reboots). 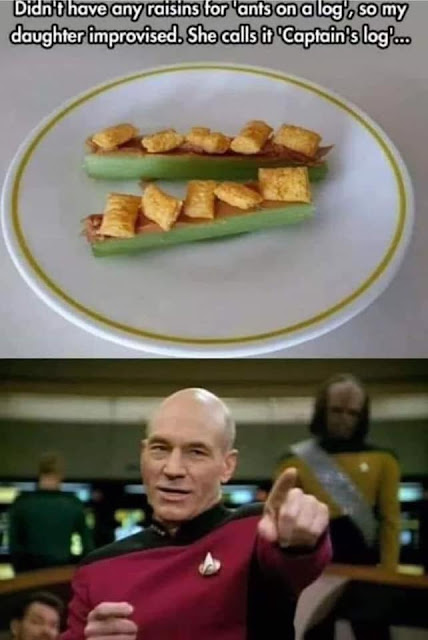