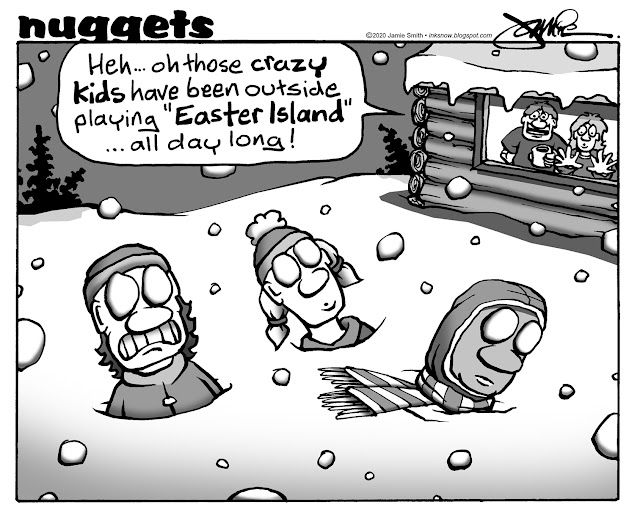 In a rare instance of dodging a bullet of inconceivable tastelessness (not normally an ongoing concern of mine) this was in the proverbial pipeline of production when it coincided with with what could have been - but so amazingly wasn't - an incredible disaster. There's any number of borderline taboo topics to never touch, and while I don't have many, there are some personal boundaries I won't ever cross. That said, death, horror, and the general existential misfortunes of awareness would drag me under would it not be for the recuperative power of comedy. 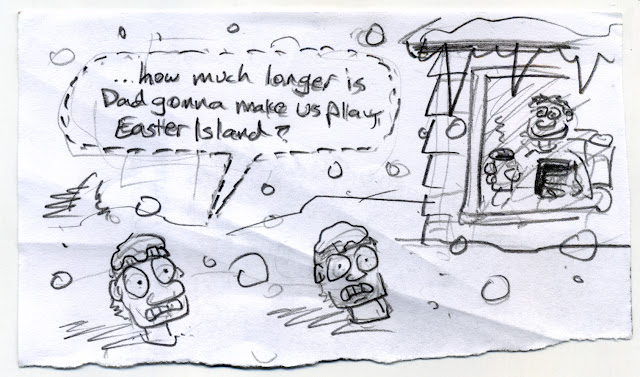