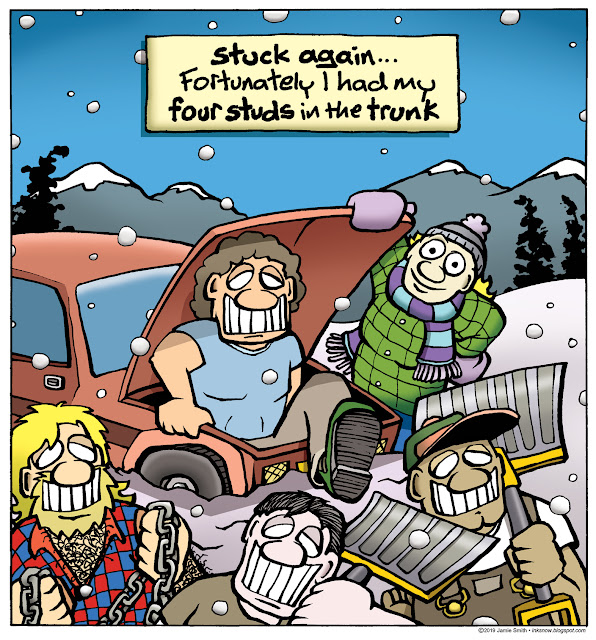 One of my longest-running clients, Parks Highways Service & Towing, commissioned me again for their 2020 calendar, and this year I got to do a reboot of an old classic. 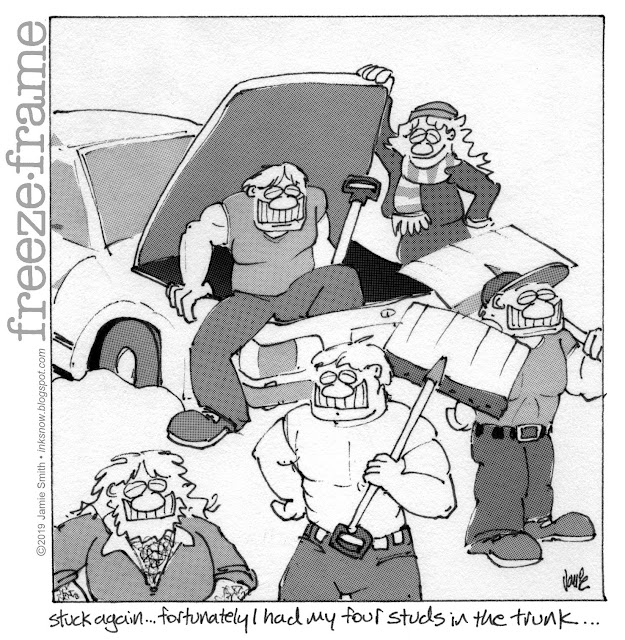 Last year's panel was a comparatively simpler colorizing gig, but this take reminded me of a similar self-inflicted experiment with "Spring Breakup" that I did earlier.

Even though the concept and core visual items were the same, I went about seeing how much it could be improved upon. On the first pass with the pencil I realized real quick I was gonna run outta room - not just in the panel but on the page itself, as it was on a 9x12" piece of watercolor paper. So erase and try again. This in turn necessitated additional consolidation, which came close to being somewhat cramped, but I felt made for a much more concentrated composition, with the overlapping of shapes reduced to essentially just foreground and background elements. One of the first things to change was shifting the caption up into a text box inset above.

Then after inking and scanning, there was still another set of additional tweaks: had to expand the top border of the frame upwards to accommodate the new, larger text box. Then I digitally added a few more copy + pasted flakes. Compare/contrast with the proof version below, where I set it next to the actual calendar so as to gauge proper fit. 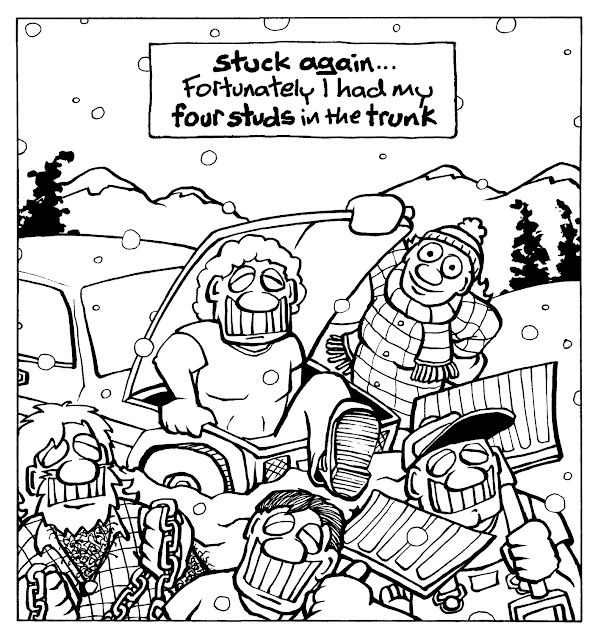 Also while my personal sense of humor has evolved to a much more sophisticated and nuanced level these days, this panel still serves as a great example of how gendered roles are ripe for endless stereotyping, and that even men are victims of an oppressive patriarchal culture when portrayed as one-dimensional robotic automatons, who exist only as props to help weak women with brute force and machismo. Yeah sure, that works here in Alaska - about as well as the equally ridiculous idea that one should have people stashed in the trunk in case of emergencies. At least the palette's somewhat more inclusive. 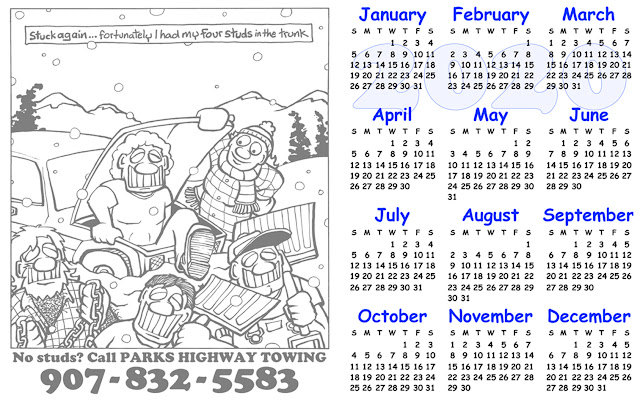 As usual, my favorite part is having the end product in hand, and seeing the artwork all printed up professionally. They did a great job adding some nice final touches to make a good-looking piece of promotional schwag. 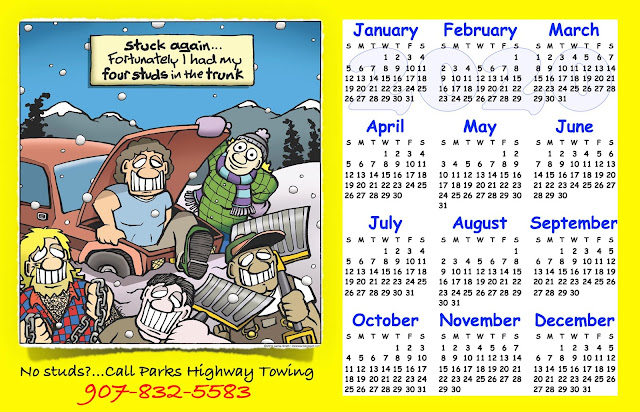