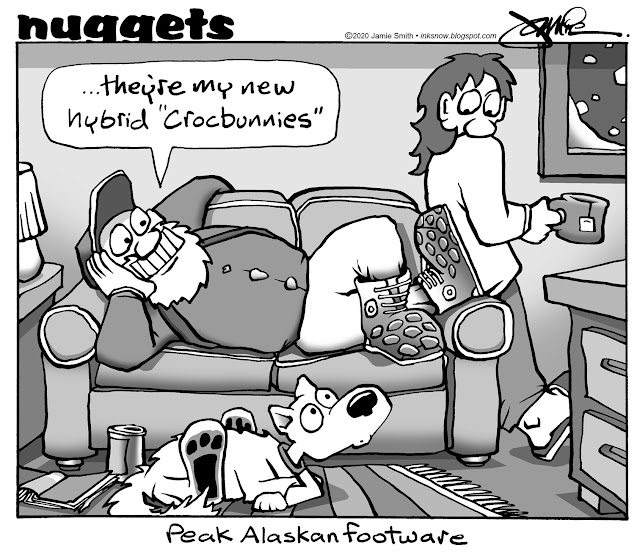 This sequence illustrates not so much the process as far as materials are generally concerned, but more with the conceptual evolution that can occur simultaneously with the act of creation: revision and editing on the fly will sometimes have as much to do with shaping the final image as any initial idea. 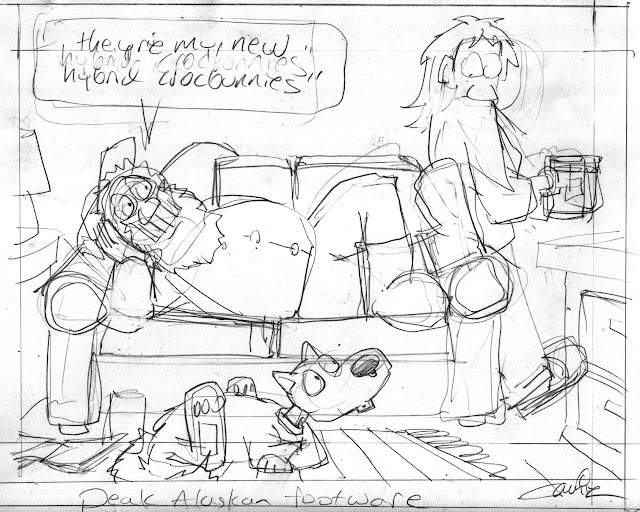 In fact there's a real good chance the end result will be a significant improvement if you allow for flexibility and spontaneity. To wit (no pun intended): In the initial sketch posted above, one can see the preliminary parameters of the panel penciled out, then erased as the margins kept expanding outwards so as to accommodate a better composition. The same exact process occurs mentally as well. 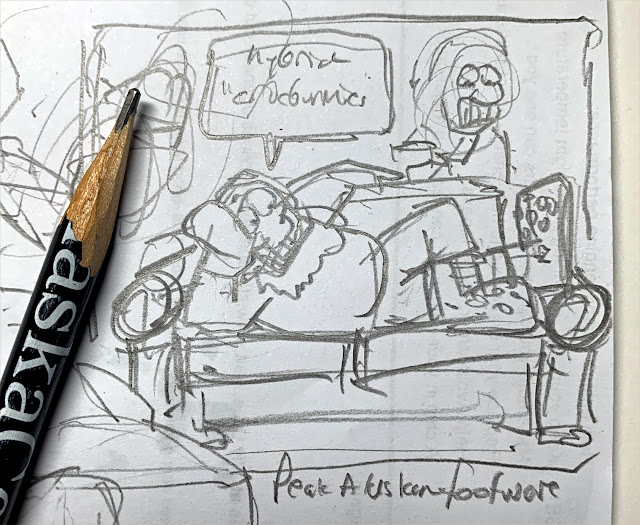 That at times sets up a dynamic tension with the urge to control everything, and many cartoonists, as much as any artist, possess the attributes of being a control freak about their work. And above and beyond the execution, it's a challenge to let things go, as in drop it if no solution occurs - even after the whole things is drawn and done with. 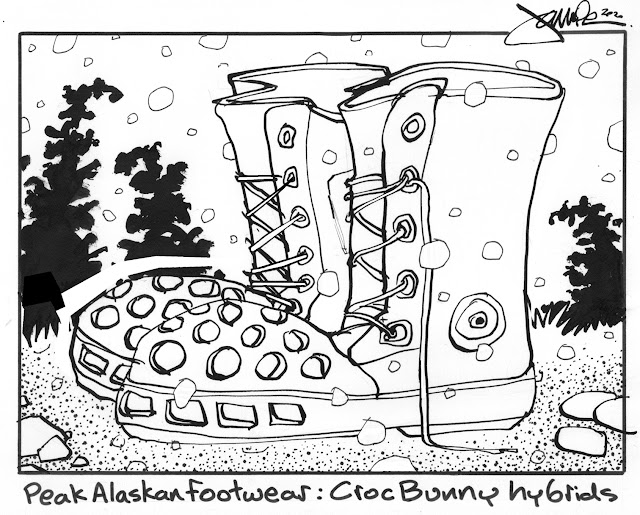 Case in point: here is an almost completed panel that was already inked in, and scanned for digital tweaking. I had invested a comparatively significant amount of time researching the respectively unique styles of the different shoes, bunny boots and crocs (both equally ubiquitous in the north) and designing what such a hybrid would look like.

And who knows, maybe in the end my first instinct would have been better to keep the concept + illustration simple, straightforward and clean by leaving it alone. Keeping all the focus on the footwear and the gag versus creating a composition that allows for the barest, almost imperceptible pacing out and presentation of visual (and verbal) clues. Theoretically letting the viewer assemble such information invests the observer by giving them the pieces of the puzzle, and there is a certain sort of satisfaction when one arrives at the conclusion on one's own. You know, like putting in the footwork. 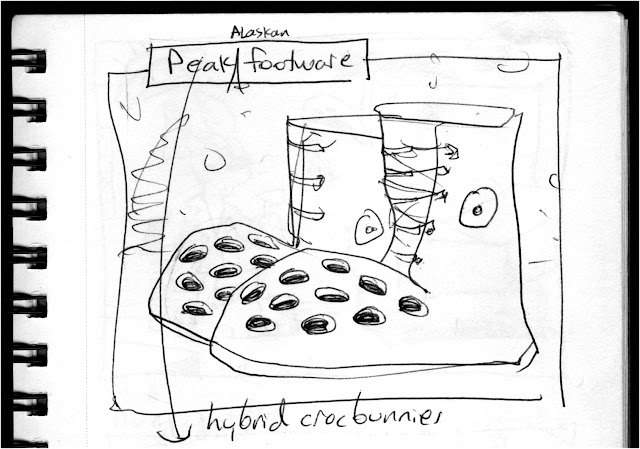