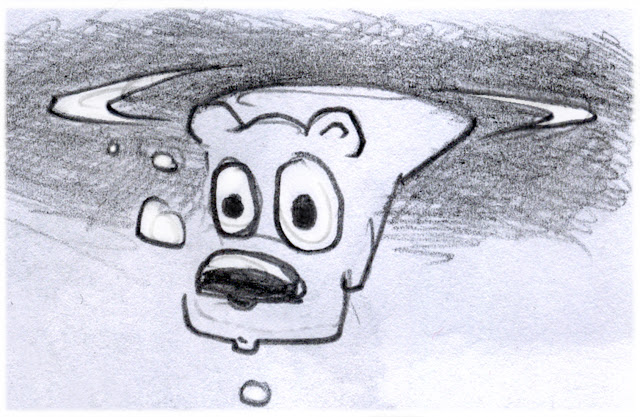 Okay well then, how 'bout four bears? Here's a bonus batch of bruins in one big post to get caught back up on my backlog of mothballed material simmering away on the back burners. 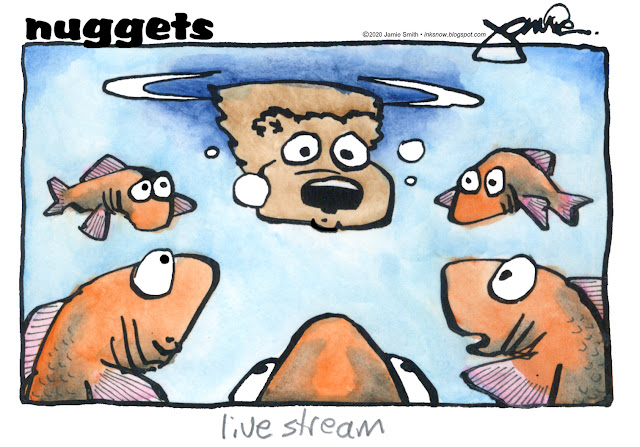 Here's a case where a source doodle can provide the seed material for a future panel, even if you have no idea what the cartoon will ultimately be about. It's just gotta incubate for a bit, and hopefully make a connection with a contemporary topic, in this instance my abject failure to literally connect online. And lastly, in retrospect, those of our readers keeping score at home can draw a line with this directly back to one of Johnny Hart's iconic characters: Clumsy Carp from the legacy zombie strip "B.C." 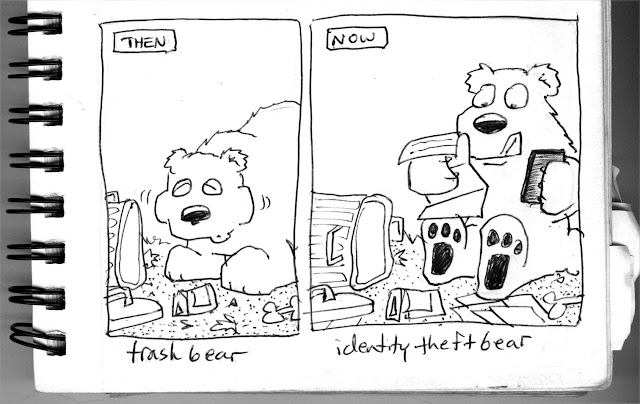 Also there's no end to the possibilities with asking yourself question "what if" - and what would things look like from a different point of view. Long-time readers are used to my constant metaphor of a mental mulch-pile as a source of inspiration - sometimes  it's not so pretty nor anywhere near as organic as a compost pile but more like a dump. And basically what we're doing is dumpster diving for more ideas whether they're fresh ones or recycled ones. 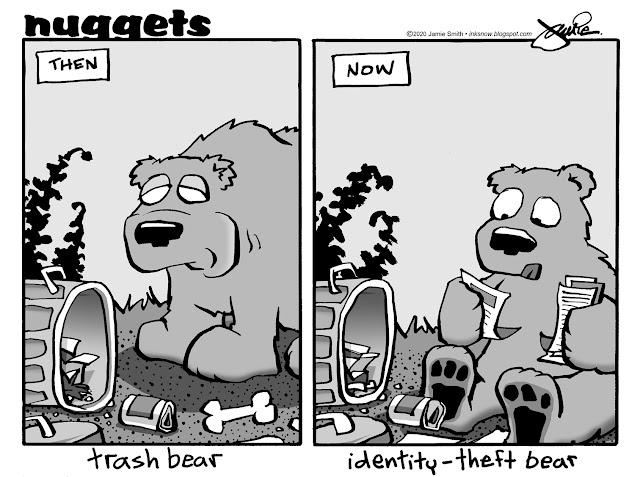 So that peculiar glazed expression I get at times means I'm employing the infamous Jacob's Ladder to try out all sorts of incongruous associations. Humor is as subjective as one person's trash. 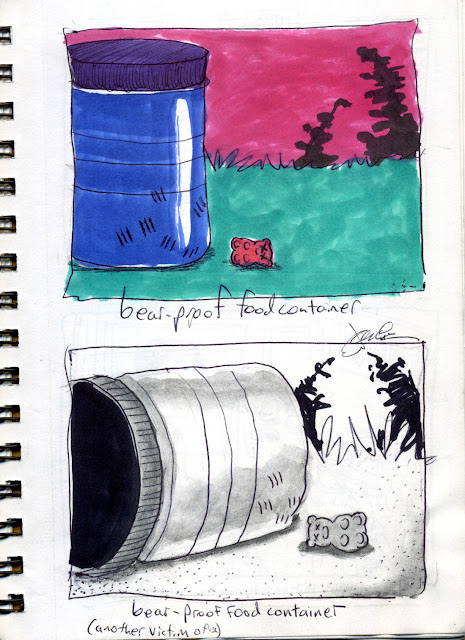 Bonus Trivia: Anytime you see garish colors like highlighter markers that's a dead giveaway I was probably at work using any office supplies on hand. I also kept having to rework the composition so as to more properly adjust the size ratio between the two objects. 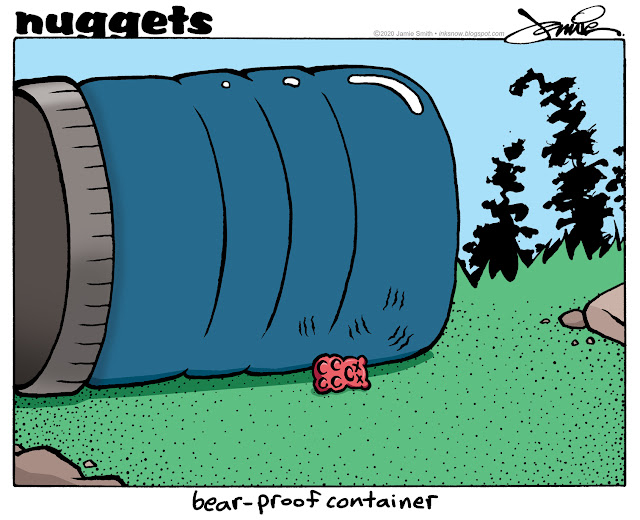 Hopefully the bear-proof (technically "resistant") food container is becoming more and more ubiquitous at least among the backcountry crowd - especially where required in public lands (like in Denali and other Alaskan National Parks). At least as easily recognizable to the general populace as is the common Gummy Bear. 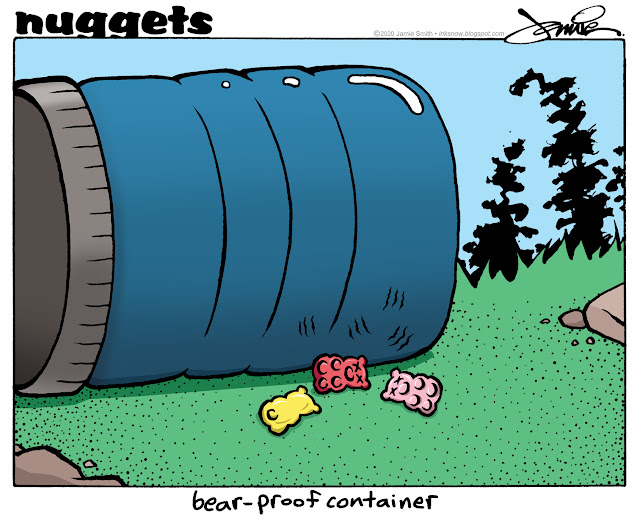 Lastly there was a Photoshop tweak to incorporate the Rule of Odds - incidentally affording the opportunity to add more high-contrast color. After extensive test-marketing I realized this is another panel that most people will miss the details, in this specific case  the tiny little claw marks made in desperation as the poor little bears sloly starved to death only inches away from food. But as usual it just heightens the keen appreciation for those on the know. 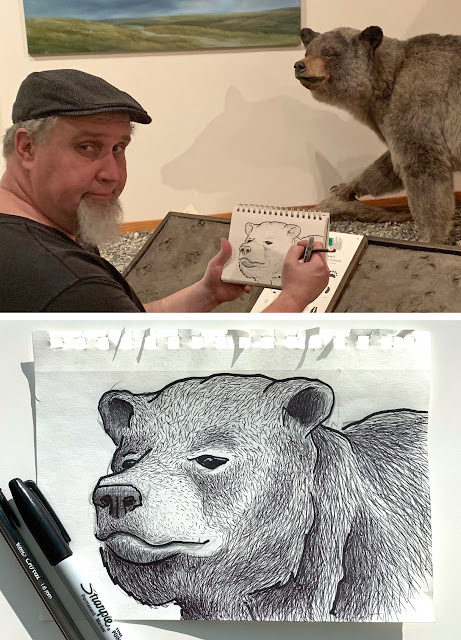 The stoic lessons from Epictetus can help us here, as one of the mos fun-da-mental proverbs guiding me throughout life has always been, and will continue to be to simply "Grin bear it." Etymology aside, this is not to be confused with the tenth-longest running comic strip in American history. 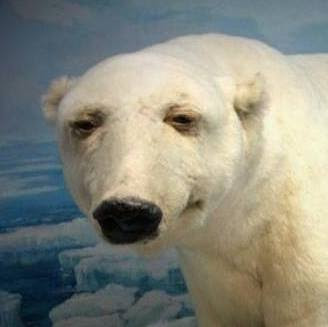 "All's well that end's well." And ending up right back where we began, it's another idle doodle culled from the pages of the sketchbook which got worked up into an original, and in turn inspiring another rich vein to mine for funny ideas - this time playing with a specific stage instruction that I hadn't ever heard before... 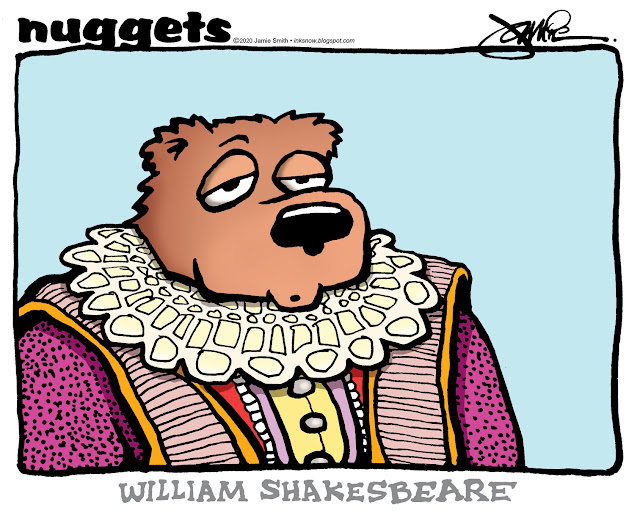