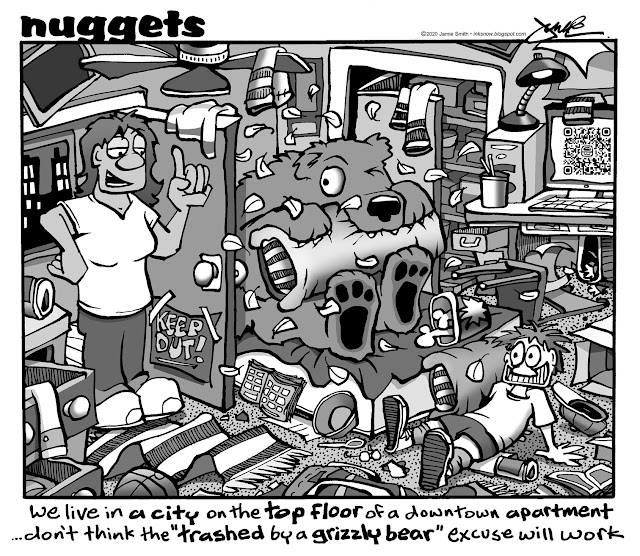 Yet another fine example of how to endlessly complicate a cartoon - the inherent paradox of rendering a composition so consciously cluttered with details it defeats one of the core definitions of what makes a cartoon a cartoon - simplicity.

*Also note the QR code embedded in the final print version that links to the 907nuggets Instagram page. If it somehow manages to make the transition to newsprint and still retains enough resolution to actually work, that will be hilarious. We’ll see…