"Who Watches the Birdwatchers?" 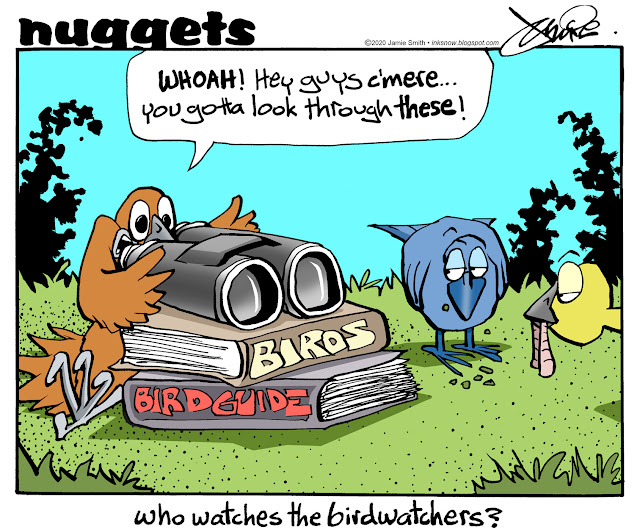 Here's a little breakdown of the process behind a piece that will be yet another Ink & Snow exclusive, as I decided to not submit it after finishing it. The meaning is so convoluted that it overcame my usual myopic awareness of relevance - in other words, grudgingly recognizing the fact that most folks won't get it. I'm used to not being understood, but professionally it's important to maintain at least a toe-hold on the fact cartoonists as artists rely on visually communicating a concept in an effective and legible manner. Nobody really cares how much painstaking time and attention to detail you took matching the original palette of the character's costumes in Watchmen. 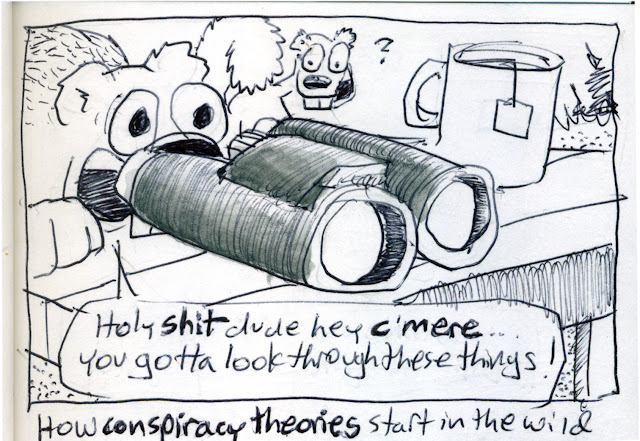 It all stared, as usual, with a doodle dealing with the rise in conspiracy theories that have as of late inundated my social media feeds. Every so often I try to combat the rising tide of ignorance (willful at times) and fear, but for the most part I'll retreat to the sidelines to point and laugh. 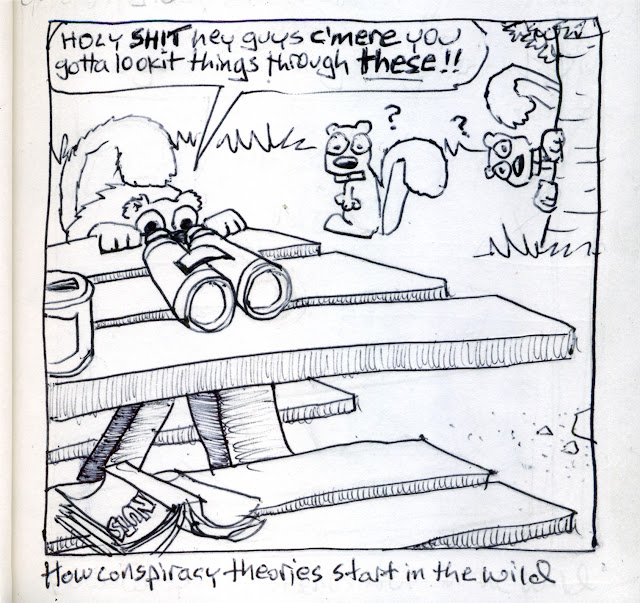 After a few failed attempts to make the meaning clearer for the unconverted, there will come a time it's best to admit defeat and try a different approach. Or another. And even then, after investing so much time + energy, it can become harder still to put it down and walk away ("pole vaulting over mouse moose turds" is another way to succinctly phrase it). Akin to Physician Heal Thyself is the commandment to edit, edit, edit. Lucky for me I have a blog where such things can serve as an example of what not to do, or the wrong way to do it. 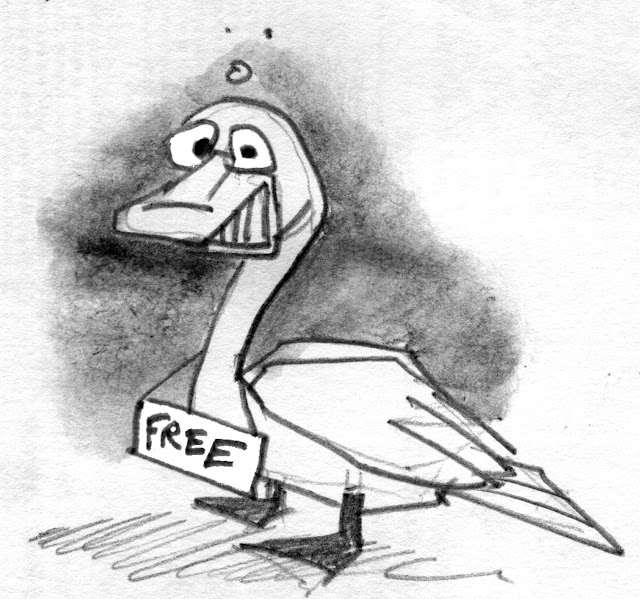 That doesn't mean one still can't revel in the obscurity of, say, certain favored idioms and run with it (or in this instance, take flight).  An idle doodle for "take a gander" evolved into an amusing outreach effort across campus last semester when I decided to anonymously offer an opportunity to share the joke. 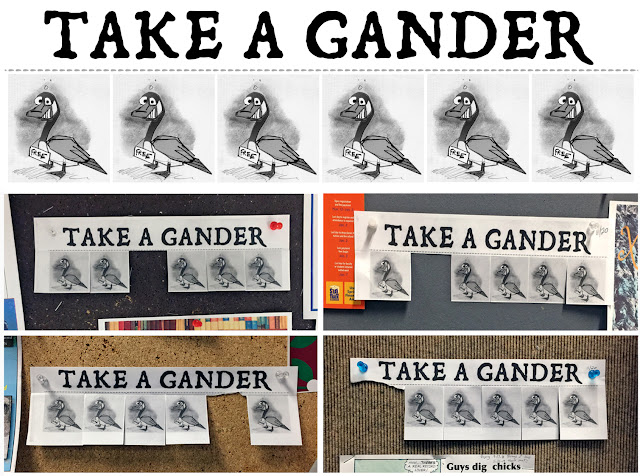 Brings to mind a Banksy (bonus trivia in that it was where an iconic scene in Quadrophenia was filmed) from a while ago that was met with incredible ignorance and ultimately destroyed on account of folks not getting it. Irony is dead, and arguing with some people these days is like playing chess with a pigeon: doesn't matter how good you are, they'll just knock pieces over, shit all over the board and then strut around saying they won. 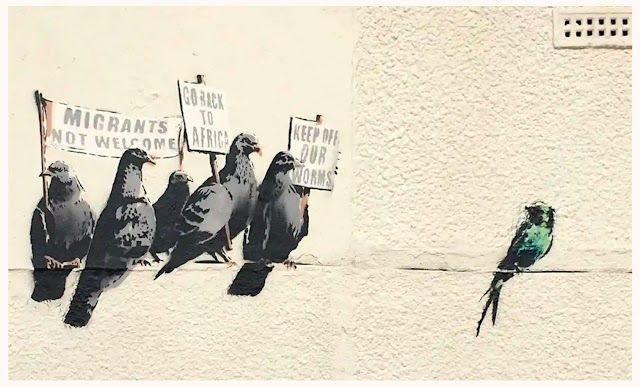