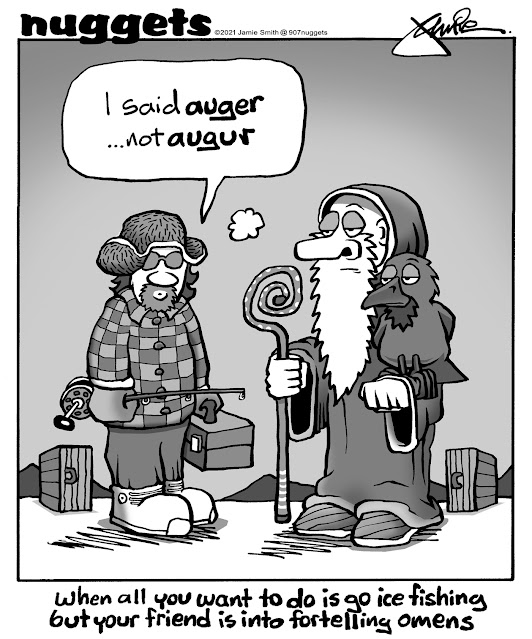 Boy this one really is stretching the limit as far as obscure references. I showed it to a few random folks and >whooosh<. Not that I'd ever find fault with anyone who doesn't know of the distinction between the two terms even if the gag hinges on a homophone. 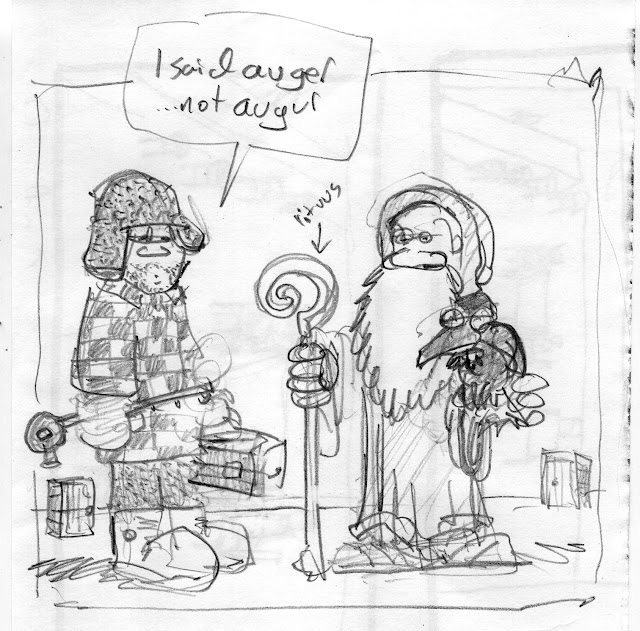 And yeah, here this post is up in May, so just a little off-cycle... but it echos the arbitrary timing of the print feature as well. As of last winter and with the approval of my editor the seasonal content spun off the wheel with winter material now showing up in in summer and vice versa. It's all good. The most important thing is how these weird little words will wind their way into your subconscious until triggered by a trivial cartoon. 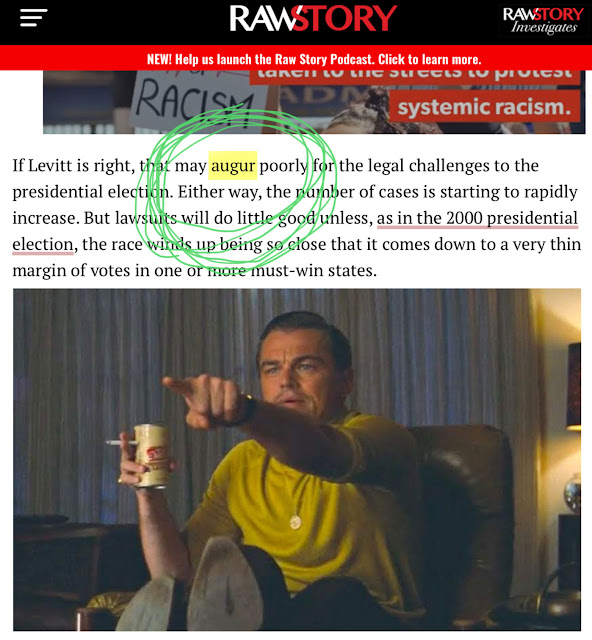 Another memorable aspect to this panel is that it ran in the paper as part of a catch-up suite, a triple-header so as to make up for a couple weeks in one month of being inadvertently left off a couple previous issues. Folks at local newspapers are operating on such thin ice and are so overworked these days they seriously need some slack - not to mention all the rest of the pressures put upon journalism by encroaching fascism. Aside from soothing the queries from concerned subscribers (not to mention quelling a recurring panic that I'll be dropped) the spread also worked a s a fantasy teaser on what it might look like if there was an actual Nuggets section or even it's own issue... hmmm. 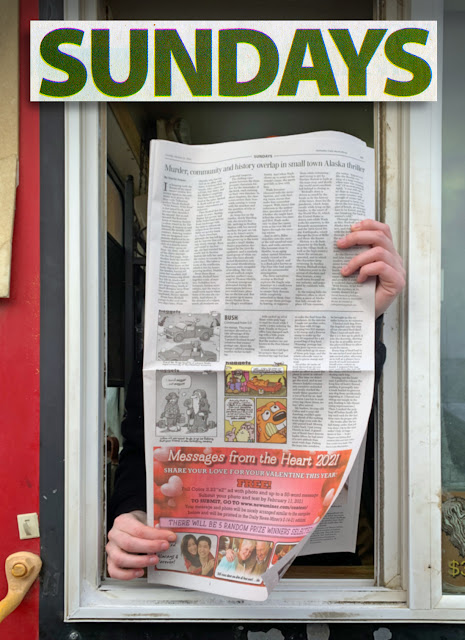