"The Three Seasons of Alaska" + Meme 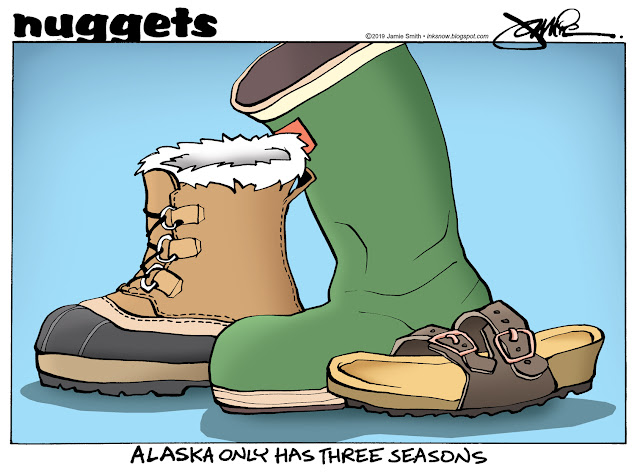 This panel arose out of the subconscious stream while in the middle of workflow from a normal session. In other words, I got the idea while drawing something else - as per Edison's theory of inspiration/perspiration. After grabbing some photo reference to sketch from, I inadvertently created a meme version, which does the same damn thing, just in a different way. 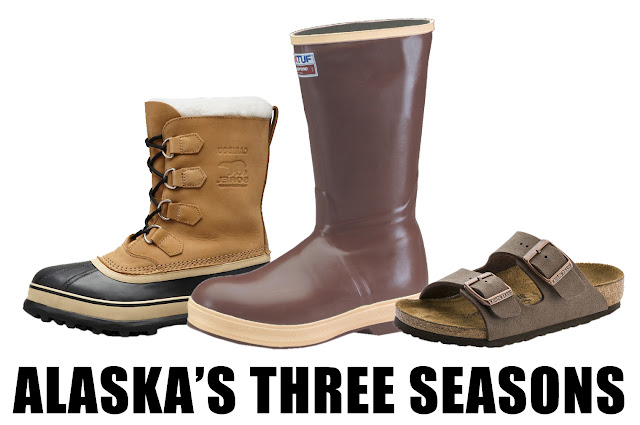 Which brings up an interesting consideration, one that I've been mulling over for quite some time. I make my own memes often enough that the process behind creating them is essentially the same as coming up with cartoons (juxtaposition of image + text). 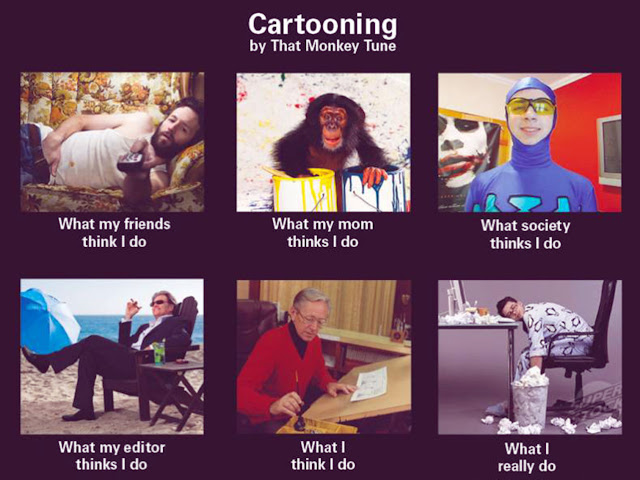 It's just a different skill set, at best for folks who can't draw well enough to effectively communicate their concept. It's quite evident from my perspective that they have largely supplanted cartoons in popular media, in particular on-line culture. One crucial distinction lies in the concept of authorship - one is predicated on anonymity, the other is based on intellectual property. I'll save all this for a future post, wherein I can ruminate at length about this groundbreaking new field of research. For now at least I at long last have an excuse to start a brand-new Label for this post topic. 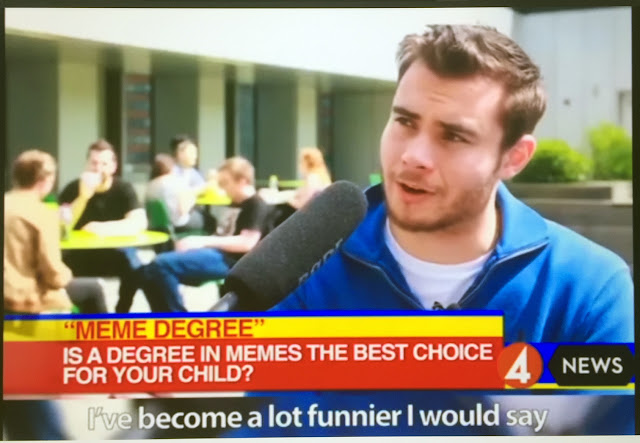