Opera Fairbanks: Run of the Valkyries 2018 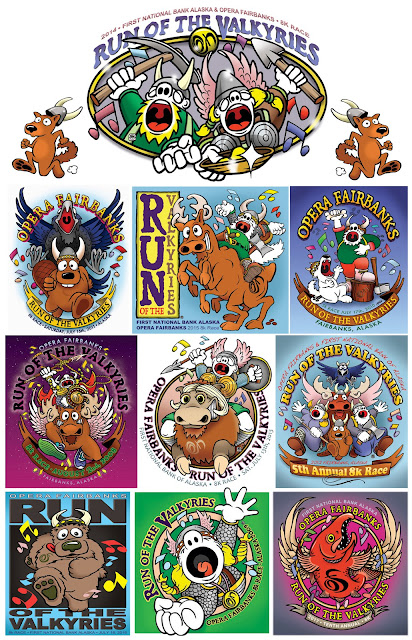 Time once again for the annual Opera Fairbanks "Run of the Valkyries" poster + tshirt design (see 2017, 2016, 2015, 2014). This made for my eleventh year, and just when I thought the well of inspiration had run dry, along came a great new concept and direction. Even if it continues to spiral out into complete obscurity and utter weirdness (not unlike a few cartoons).


The winning angle presented itself as a tie-in with the Opera Fairbanks performance of the Pagliacci opera which runs a few weeks after the race. So the bar was set (literally in the image above): meld a Valkyrie with a clown. Challenge accepted!

The mental tone was set with Rorschach's joke from Alan Moore's "Watchmen," and from there astute observers will catch reference to the Baseball Furies, the standout gang from The Warriors, which lost out to Violent Jay's makeup - hence "Insane Clown Pagliacci." 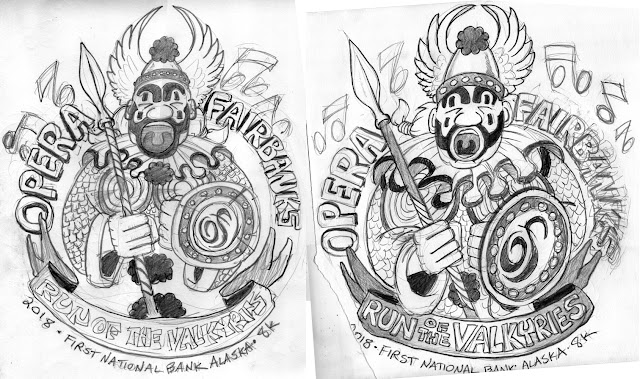 A couple more rounds of preliminary sketches quickly followed, the second one done on-site at a cafe while waiting to present the concept to the members of the board. With an enthusiastic thumbs-up it was back to the drawing board. 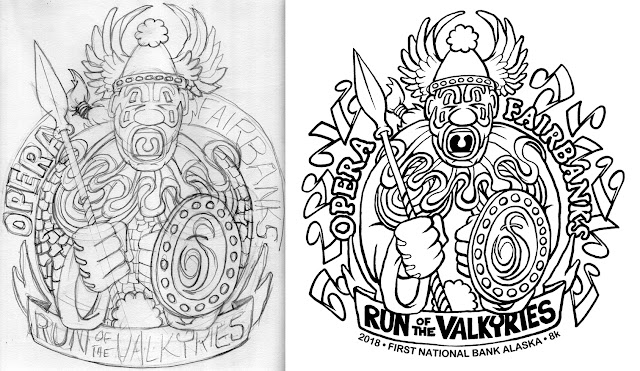 I used a lot of historical reference pictures of classical clowns, especially Caruso. The Valkyrie elements - helmet, wings, spear (in retrospect I need to make this more ornate) and breastplates - note the dropping of the chain mail from the early sketches, as it was just too much and besides the clown suit was better. All in all this year's design was one of the more fun undertakings in many years. 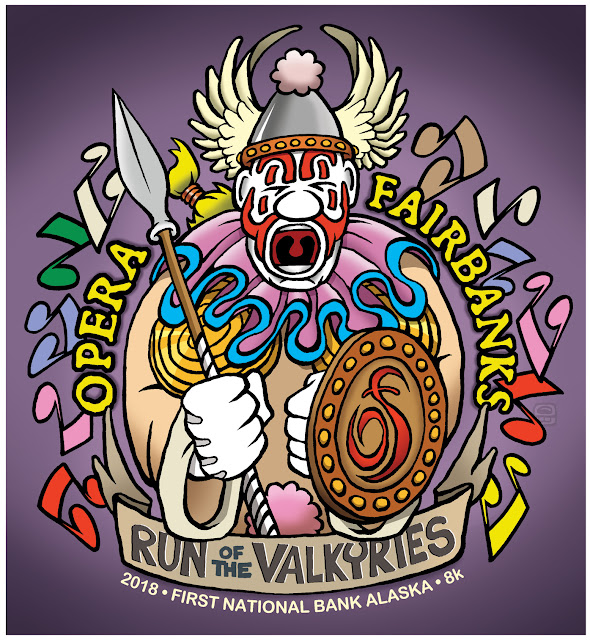 Update: Here's a couple snapshots of the schwag I saw around town - the official race tshirt (great job as always by Trademark Screenprinting) and a flier with all the sponsors and other info.