Been a while since my last protracted process post - so here's another installment on the behind-the-scenes details for this latest piece, "The Many Storied Cabin."

Librarian Greg Hill is putting out a third volume of his collected weekly newspaper essays, and tapped me to do another cover for it. His "Book Range" series, of which this is the third volume, is a fundraiser to benefit the Fairbanks Library Foundation. This being one of my main personal advocacy issues, I'm always humbled + grateful for any opportunity to illustrate and promote the importance of literacy. Greg was one of the presenters in last year's Cartoon North II exhibit, and we share a lot of history with the Guys Read Program, David Petersen appearances, and other community events over the years. It's always a pleasure and an honor to join forces on projects like this.


Again and again I am reminded of the maxim by Shel Silverstein: "Put something silly in the world, That ain't been there before." It's what I love most about drawing - thinking of an idea and creating it. At any rate the world is probably a much safer place without me being an architect, even though I usually have enough books on hand to construct such an abode. At the very least the volumes lining the walls presumably add some insulative properties - in fact one of the ideas we brainstormed for the subtitle was "Reading: The R-Factor." 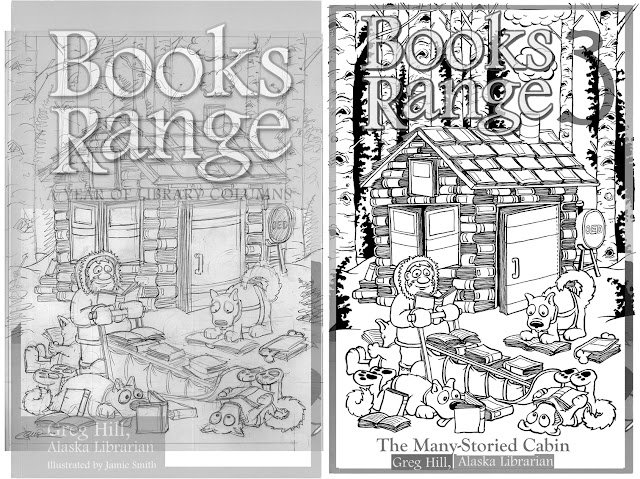 Only after the penciling was all done did I have the foresight to double-check the actual size of the book cover by scanning an earlier volume and using it as a template of sorts. Turned out my off-the cuff approximation was short by a couple inches, which meant a big ol' blank space would be left across the top + bottom. Whoops.  Compounding the problem was a real-estate issue with there being no more room left on the original page (14x17" Strathmore Bristol, smooth 400 series) to accommodate any expansion. Photoshop to the rescue! An extra hour of judicious sampling the preexisting trunks provided enough raw material to vertically extend the forest.

Every so often an idea spins outta control and begins to assume logistical issues, usually along the lines of "well THAT escalated quickly." As in, it starts to get technically hard, at least in comparison to to the relatively easier compositions of usual cartoon panels. That's when the work ethic of voluntarily pushing oneself comes into play. Literally, since losing that sense of play can be a real killer, and might just be the defining line between Fine Art versus Commercial Art. In my experience the two share a considerable overlap, and definitely influence the other, if not share the same motivations and disciplinary process. That's anathema to many free-spirited artist types - treating their work like it's a job, but as I frequently remind students, there's a reason it's called artWORK.

Except for the spot-black brushwork on the spruce trees, inking was all done with dip-pens only (three different sizes + two kinds of India ink). Note the random blots in the lower right-hand corner, which were a result of the kitten attempting editorial input via dip-pen rolling across the drawing table. In a reverse way I actually appreciate having a disaster happen right at the outset of any protracted undertaking, as it alleviates the stress of screwing up anything later on by getting it out of the way. 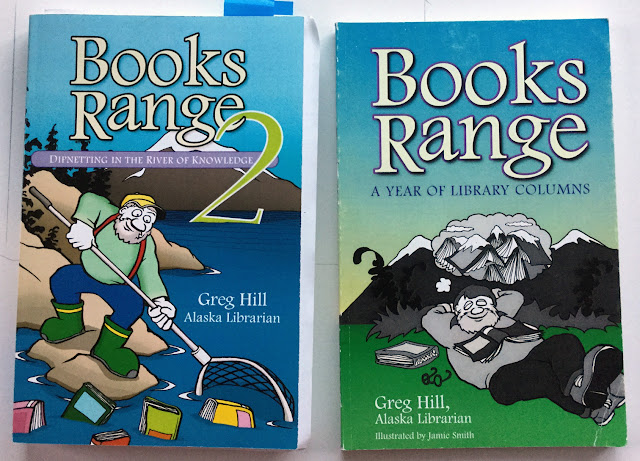