I Am Charlie (IV): The Profit 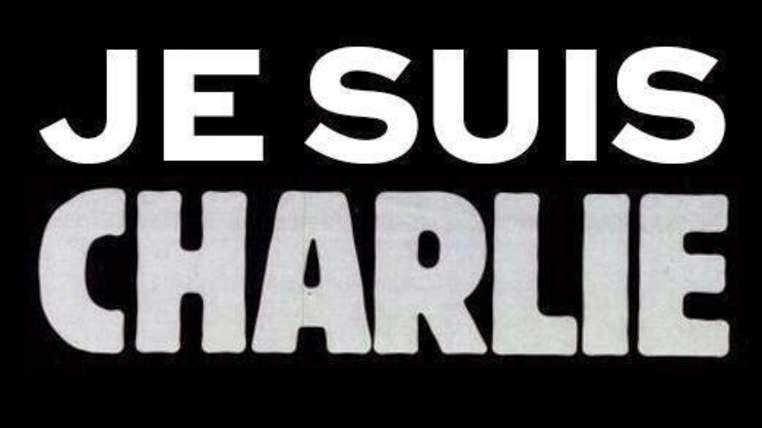 A fourth and final installment that has preempted normal posting, which will resume next weekend.

Please peruse the links in this essay as there will be discussion + review of the material presented here and over this weekend's series for our classroom critique on the topic of editorial cartooning and media ethics. More below the fold...


I come at this material, and have crafted this blog, as primarily an educational (at times academic) vehicle to hopefully foster a better understanding of the craft. Thus there are both professional and personal aspects of this assassination which intertwine with many different issues in the field of sequential art, or cartoons and comics. Throughout them all, it is crucial to develop a historical perspective as, especially in this instance, it never fails to have profound bearing on contemporary events. See Stephen Persing's Cartoon Brew piece for a good introductory pantheon of artists who "stood against tyranny" and a good sample breakdown of some of the Charlie Hedbo cartoons in context here and also in this diary, along with the two previous posts on this blog here and here. And let us not forget some of the other heroes in this tragedy, ie "Ahmed the dead cop."

As a signature example (others to be included in the accompanying slide lecture in the classroom), here is one of the last panels drawn by the editor-in-chief of the French satirical magazine Charlie Hebdo, Stephane "Charb" Charbonnier (more on another "sad coincidence" here):


Here we have a very simple drawing, utilizing an extremely limited palette of flat color and little-to-no textures or variation in line-weight. Arguably in the spirit of the underlying concept, it is rendered in a completely appropriate style that encapsulates the crude hypocrisy of the issue. And the message is, unequivocally, that extremists by definition would ironically put to death, excommunicate or at the very least embarrass the very leaders of their respective religions for paradoxically not being fundamental enough. The panel is literally prophetic, but in no way whatsoever deserving of a death sentence.