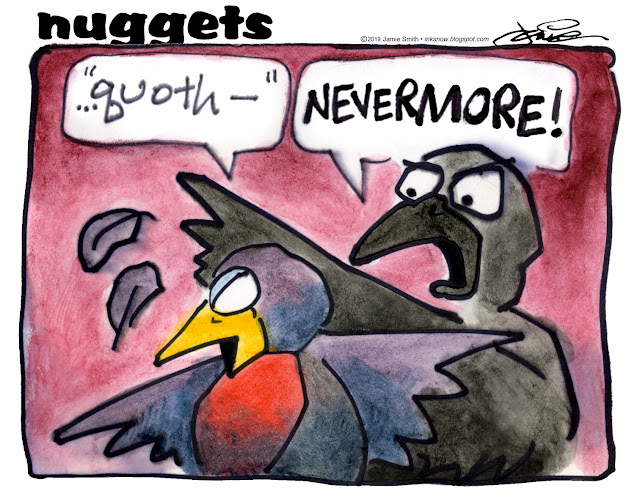 Okay, no really - this time I mean it: in the grand Venn diagram of demographics with respect to dual obscure references this particular panel takes the all-time top prize. Well, second only to "Highmark." In fact, this particular panel is now an exclusive to Ink & Snow readers, as it's so specific that I pulled it from the production pipeline and opted to instead run it here as opposed to the paper.

While one could say that this is almost Poe-etic in its literary depth, the infamous Batman meme is at the heart of it... coupled with a literal illustration of the metaphorically named Boy Wonder.

"Holy Corvid what a cartoon!" 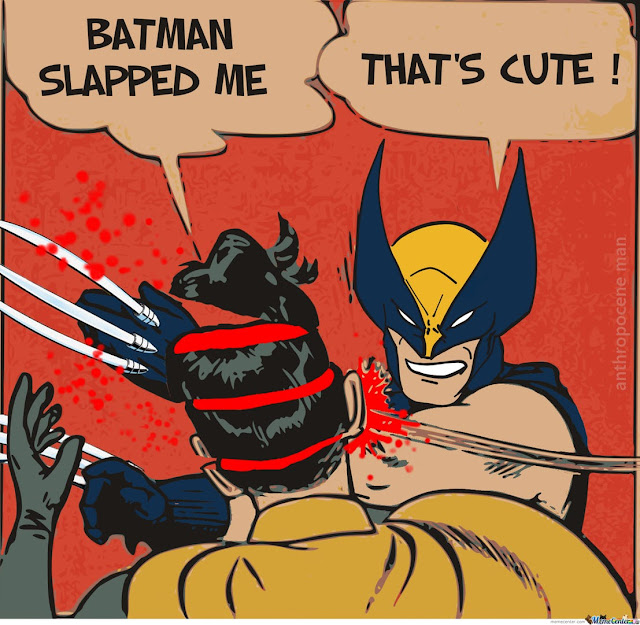