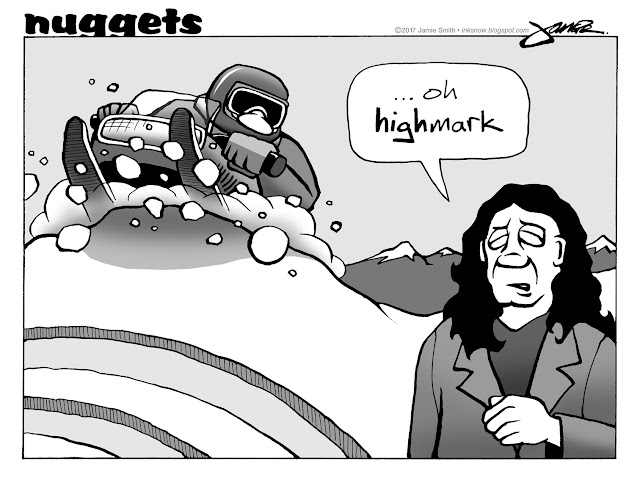 Okay, in the grand Venn diagram of demographics with respect to dual obscure references this particular panel takes the all-time top prize. 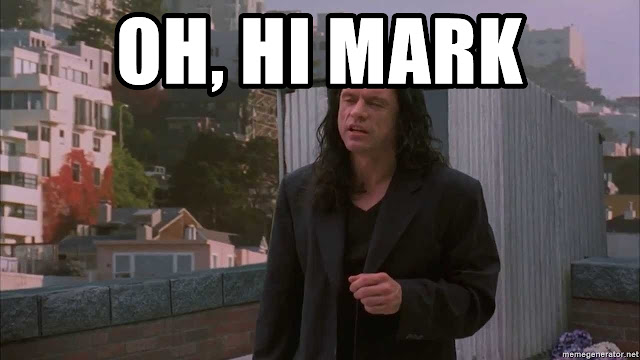 Here's the relevant "Rooftop scene" clip, excerpted from Tommy Wiseau's 2003 film "The Room" (in turn made even more infamous by last year's "The Disaster Artist").

The value study posted above was made from a photocopy of the line art and shaded in with a #2 pencil. Sometimes I do this before tacking the scanned, digital version - after reducing it to maybe 25% of its original size, it's a really quick + dirty way to experimenting with various approaches to shading it in. If I didn't like manually playing around with my art I wouldn't bother to even draw the damn thing to begin with. 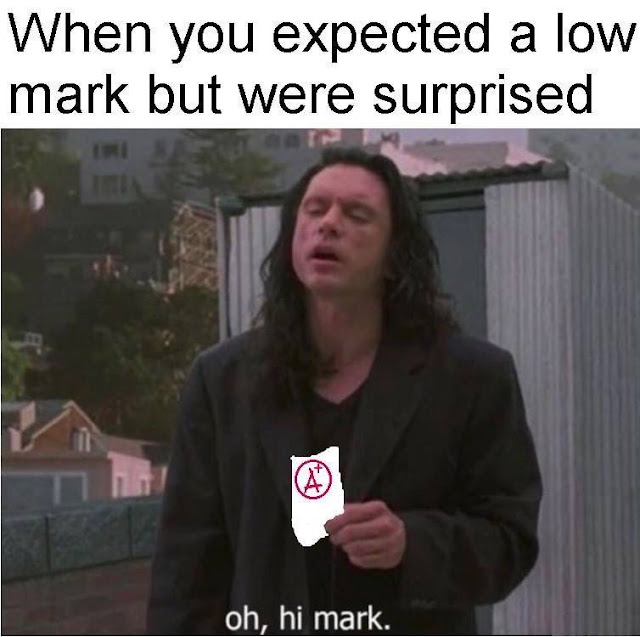 That version was what I, on a whim, showed my Beginning Drawing class after asking the loaded question "Hey has anybody by chance know who Tommy Wiseau is, or heard of the film The Room?" To this day I remain amazed that about a third of the room raised their hands. I will forever remain indebted to their validation of my vision: it was one of those increasingly rare occurrences where I was actually legitimately endowed with hipster street cred. Just kidding, it was a complete fluke. 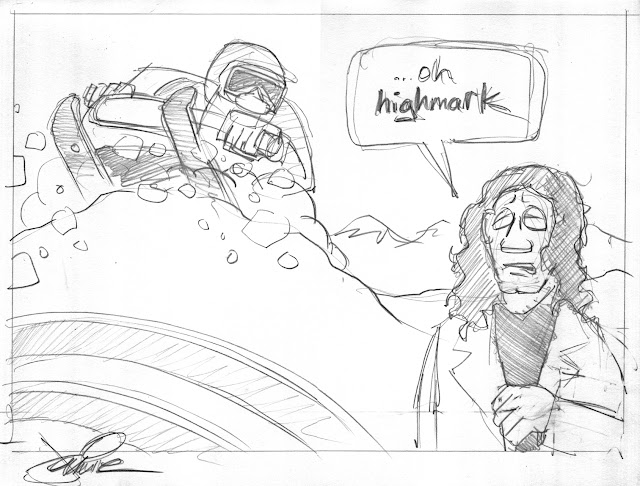 Now, after the initial rush wore off, I belatedly realized... of those students who knew that nugget of trivia... only half were aware of the technical terminology from the world of snow-machining. Still, even if only just a few folks out there can connect the dots that dance around inside my head, well then that just makes it all worthwhile (sometimes making a drawing is the last, best chance I'll ever have to explain why I'm smiling seemingly at nothing). At the very least it empowered me to go ahead and submit it to the newspaper for publication - even if my own editor didn't have a damn idea what it was about.

Probably didn't help matters much that I used this mash-up by way of explanation - it sy=till remains one of the few things from 2017 that still makes me laugh aloud. But then again, I never fail to amuse myself - an all-important attribute for the aspiring cartoonist. Take it as a matter of trust that somebody out there will get it.