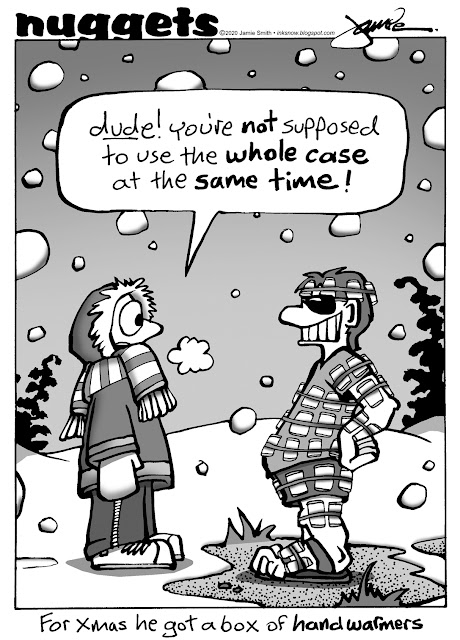 I actually got the random inspiration (as opposed to working for it) for this particular panel just from overhearing it conversation. Just the part about "hand warmers" mind you, the concept of creating a body suit from them is how it got all weirded out through my thinking process. Probably helped creative juices flow funnier on account of it being in attendance at an Xmas party where a case of these was one of the white elephant gifts. Hey - why not an Alaskan version, the white woolly mammoth exchange? That's our official state fossil by the way, followed closely by a certain Congressman. 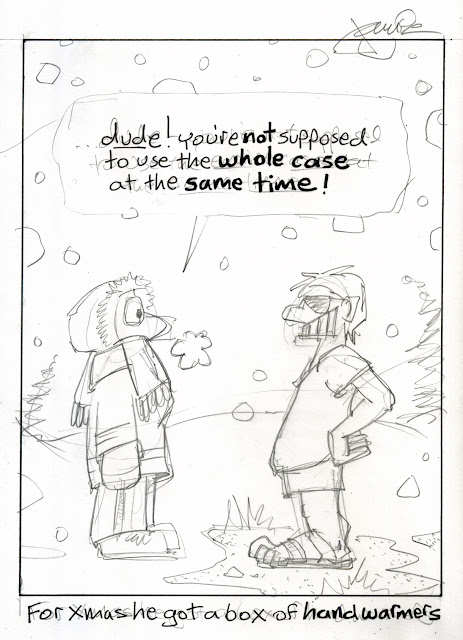 Now here's something else that's kinda neat: might seem rather small and insignificant:, but for the very first time I inked in the panel border FIRST (alongside doing the lettering) before the main body of the cartoon. This after years and years of dragging the 08 Micron through undried areas of India ink as I ink the panel border(s) after completion of the rest of the piece. That's for years and years been a quiet moment of satisfaction for me, kinda like tying up everything together all neat and ready to erase/scan/shade etc. But I’m sometimes impatient about the drying process, and gum up the Micron which temporarily – and cumulatively – renders the marker tip unusable until the India ink is cleared from the tip and the pigmented ink can flow freely again. Again, it's such a comparatively minor detail but whoah - talk about getting humbled by a basic remedy to something I've ignored almost all my professional life as a practicing cartoonist. As a teacher I especially live for these "lightbulb moments" since I see them happen all semester long. 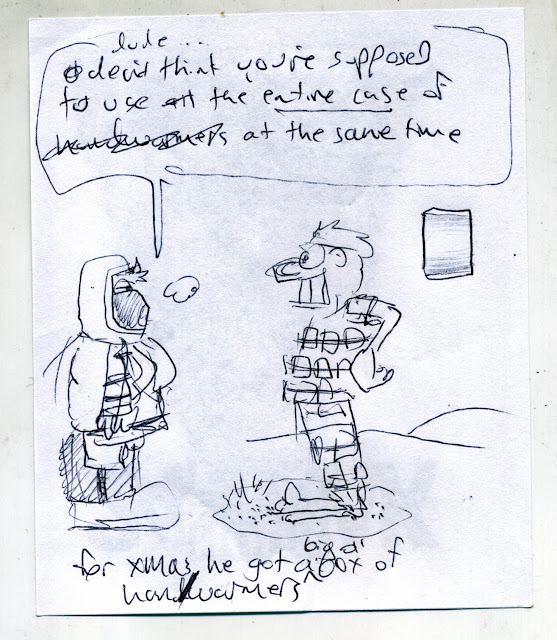