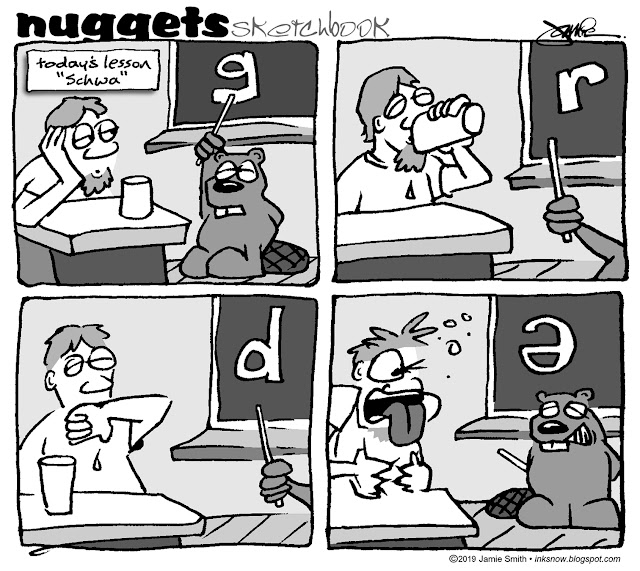 Okay this particular panel hinges on the "ǝ" symbol and phonetic: after extensive review and input from my ad hoc editorial committee (ie anyone in the cafe) I discovered the demographics of my base was overwhelmingly unfamiliar with linguistic trivia to get it. A fraction of folks thought the symbol was sort of familiar, but still forgotten.
But even still, the Venn diagram of shared knowledge between the "schwa" group and people familiar with the term "giardia" is rather, let's say, specialized - dare I say - elite group. So yeah, in other words, nobody gets it. Still, it ran on account of it being purely my personal favorite of the year.
at 6:00 AM