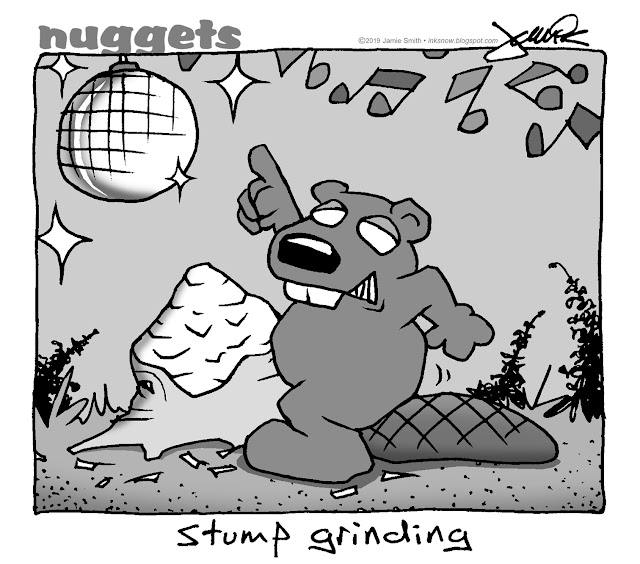 There actually is a local business whose company truck occasionally catches my eye on account of their business logo (cartoon beavers tend to do that), and as it turns out the term itself is a more commonly-understood part of the woodsy frontier than I expected, as it's a suburban landscaping thing. Cabin-dwellers tend to forget about such cosmetic niceties along with mowing or even the stupid concept of lawns in its entirety.


Meta: The funniest part of this panel was trolling myself, since as a setup I had been stoking the anticipation of students who saw the process unfold live in the classroom with another, different demo piece. As the concept evolved from sketchbook doodle > pencil > ink > watercolor I promised them they'd see the finished version in all its glory published in the pages of the paper over the weekend. When that morning arrived I dutifully drove down to the corner store and eagerly paid for my own copy. Imagine my rueful chagrin when after opening up the appropriate section I was greeted by this guy instead. Ha ha - not the first time that the joke's literally on me.