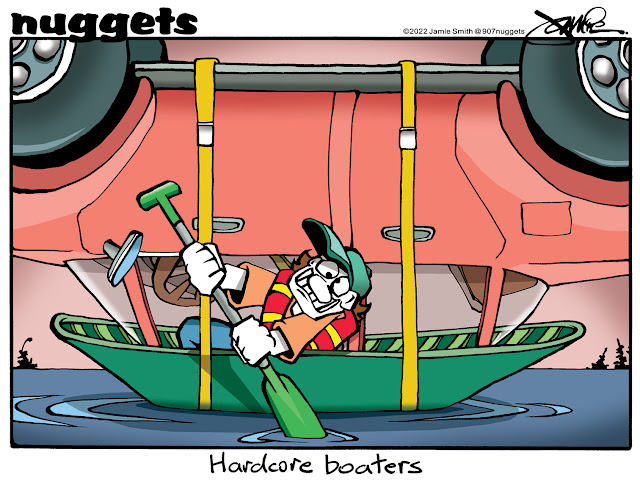 This one was for the Significant Otter (hence the transformation from the initial doodle to the print version), now an avid paddler: it does the heart good to see someone fall so much in love with something to share together while outside. Recreating on Alaska's public lands is such a privilege, and a pleasure with such a wonderful companion. Unless, of course, that companion happen to have a borderline phobia about being precariously perched upon a tippy-tiny little thing, so that it's basically endless hours of non-stop flailing of oars in a panic to keep from drowning. Okay, eventually I settle back into the groove, but just like operating a vehicle, it helps if you never, ever stop long enough to think about the inherent ridiculousness of your situation. Somewhat similar to cartooning, one would suppose. 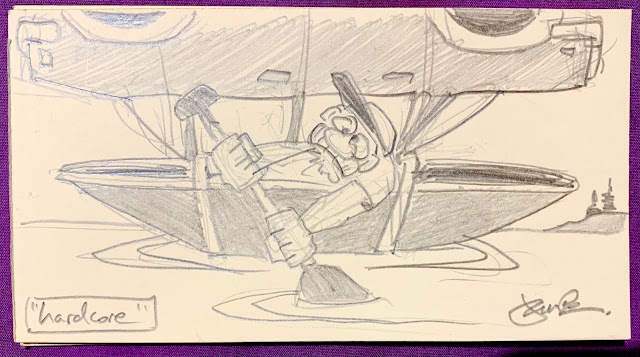 The past five years of owning these hybrid craft (Old Town's "NEXT") we've certainly put them through many miles of rugged use across the state. The below shot was taken at one of our frequent return trips to the Clearwater Lake down in Delta Junction. 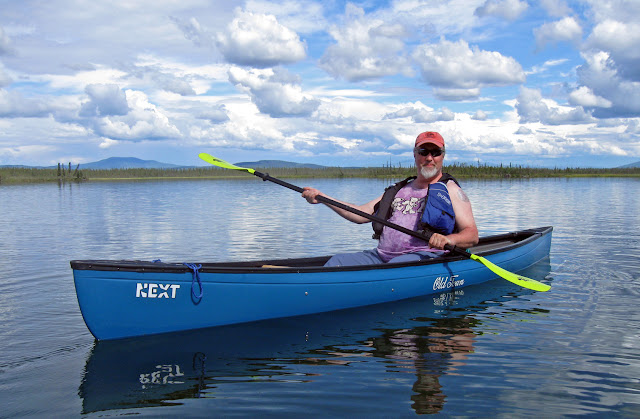