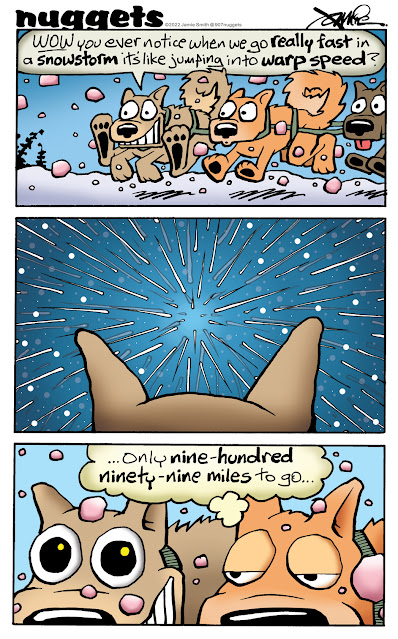 Details, details. I mean, if you're up on the mileage for one of the two big races in Alaska, then you might also be enough of a geek to catch my rather glaring error in this one. Namely, the foreshortening is backwards on the bands and blobs of cosmic particles. Unless the starship you're on the deck of is going in reverse. 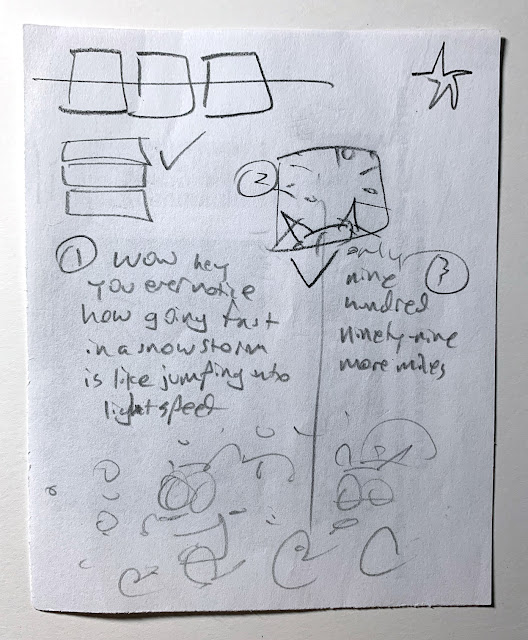 I didn't think it detracted from the cartoon, as in it still "worked," so it ran, as is.There also isn't much in the way of an originating image doodled out for this particular panel. It's one of the ones that I seriously can just sit there and space out while staring off into the infinite, bearing sacred witness to the unflowering of another idea... in other words "can't talk - gotta draw." 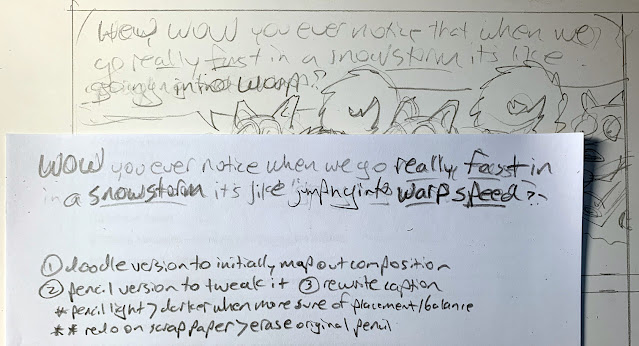 There's two primary places that this drew from. One would be the obvious environmental cue coming after many months of each year spent driving in subarctic conditions... we see a lot of blowing snow up in this neck of the woods. Kinda goes with the territory. Like dog mushing. 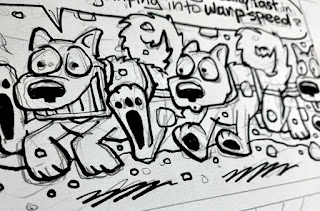 And then there's the fact I spend an inordinate amount of time with sci-fi (either movie or, more often, a soundtrack) playing off to the side as I sit in front of the screen inputting data, text + image. So the interstellar kaleidoscope of warp speed is as a familiar sight up on a screen as it is the indelible visual sensation of driving home through a snowstorm with your headlights on. And as far as the optical effect goes, once you see it, experience the thrill of hitting the highbeams and saying "make it so!"- then every single time for the rest of your life you will forever make the connection.Or, in myy case, more than justifies the occasional "never give up - NEVER SURRENDER." 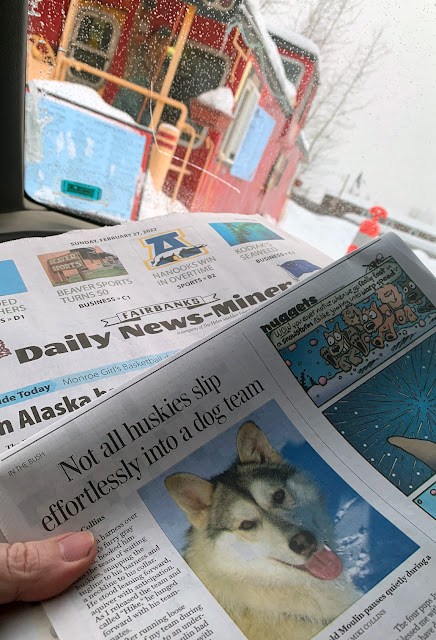 Every so often the spheres come into alignment and my piece will mesh with or pivot off an inadvertently accompanying article i.e. the picture kinda goes with the words (like my own stuff if I'm lucky). 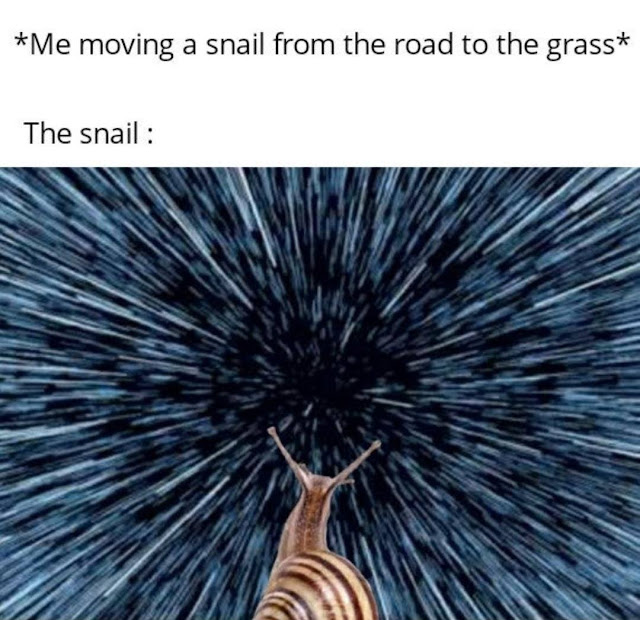