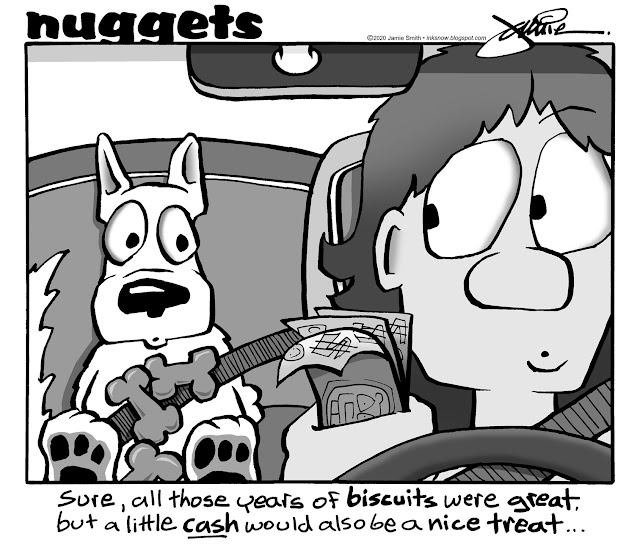 Kinda like how billions of lollipops get shoveled out at the nation's drive-through banking windows, up here in this neck of the woods it's equally ubiquitous to hand out doggy treats too. This has the side-effect of instilling mass Pavlovian experiment when thousands of pooches are programmed to leave noseprints in eager anticipation. Some models also come equipped with copious amounts of drool in panting expectation.

I initially worked up a scan straight from the sketchbook, mostly adding typset text. That version (posted below) was in the pipeline to get printed in the paper, but then on a whim at the last minute while drawing another batch of panels I decided to do a better one instead. Bonus shout-out bark-out to the best baker in whole arctic. 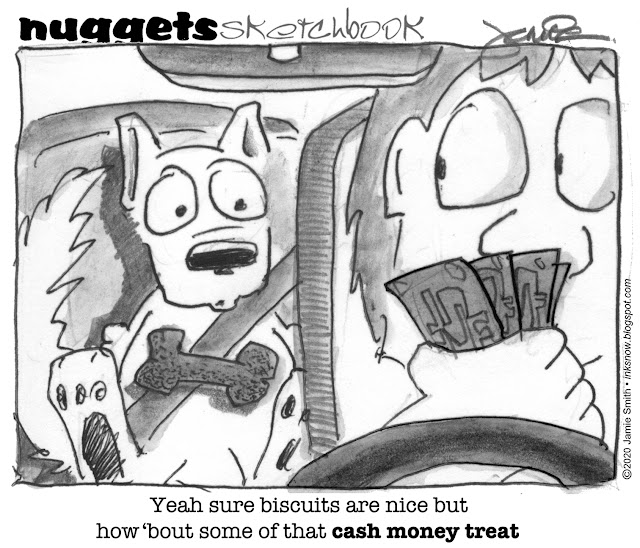