Recap 2019: Artist of the Year, Instagram, and Gingerbread Houses

“Oh yes, I'm at my happiest when I have a good idea and I'm drawing it well, and it comes out well and somebody laughs at it.” ― Charles M. Schulz, “Charles M. Schulz: Conversations” (2000)

Perspective: Call it a look ahead, with a quick look back over my shoulder while sitting working at the drawing table. There's a few items of interest to share with regards to current events and a bit of backstory as well.
(more below the fold)

First I wanna mention I’m migrating over to a new social media platform: finally jump-starting the Instagram account. It lay fallow long after I put in a toe-hold account, and I watched numerous friends (especially artistic creators and students) settle in and make it by far the virtual venue of choice. I’ve had enough other “latest things” come and go that I wasn’t in any rush, but this seems to have made the wait worth another investment of time + energy. In fact, I look forward to not being as much of a navel-gazing outlet as Ink & Snow, and not as personal as Facebook, just a place to put up images and let them speak for themselves, as it were.

I’ve been seeding the ground over there with a dumping of material culled from the archives, two or three posts a day for the past month of just Freeze-Frame stuff. For the first month of the New Year it’ll be a daily sampling of classic Nuggets from 2010, 2011, 2012, and 2013. Sprinkled throughout on a weekly basis will be random favorites from over the years (!) of miscellaneous imagery, which, given my prodigious, long-term output, will be a perfect fit. Instead of being behind, I have quite the advantage of an incredible well to draw from of ready-made content. So much that it’ll seem somewhat like I’m one of those “influencers.” Ha – here’s to having the ideal product… these are my monkeys: welcome to my circus. 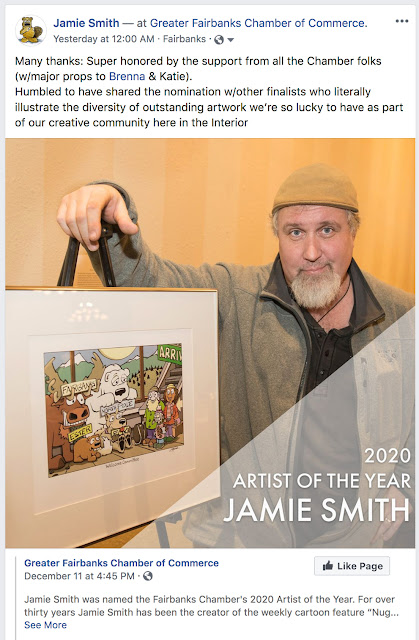 “When I was a kid, I would always say I would grow up and make comics. I was right about one of those things.” ― Tim Seeley

Speaking of hustling art, one of the most humbling things recently happened, as yours truly was anointed Artist of the Year by the folks down at the Greater Fairbanks Chamber of Commerce. There’s a whole host of opportunities that’ll gradually unfurl over the course of 2020, which I’ll eagerly be taking advantage of as they will all dovetail quite nicely with the signal-boosting power of the Chamber. 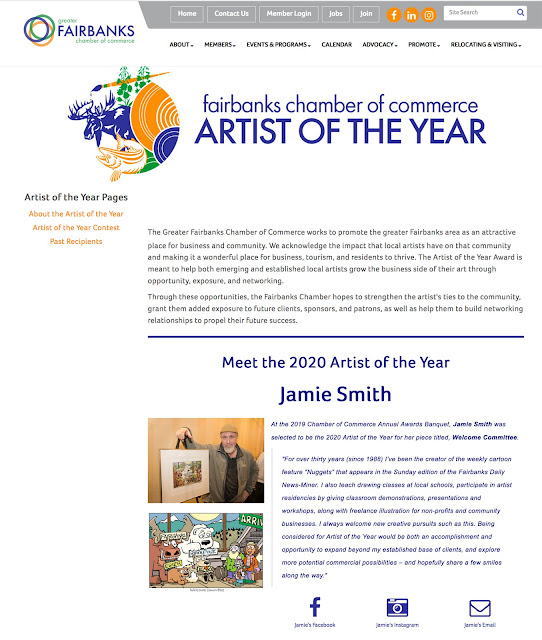 I’ve long been used to sitting on my thumbs and waiting for the right time + place to drop new panels and projects, but tell you what - some of the gigs that are still under wraps as of yet have got me absolutely champing at the proverbial bits. 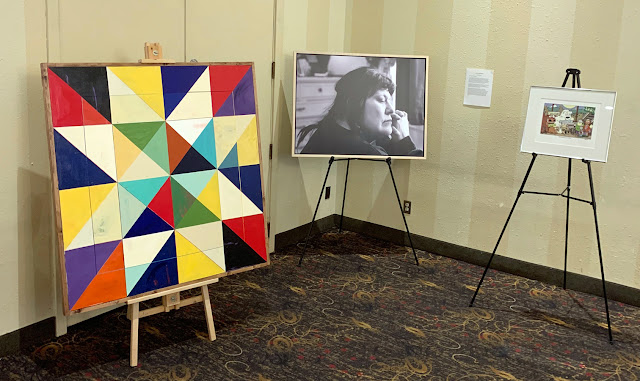 One thing I did was attend the reception for the three nominees at the Chamber’s annual awards banquet (this before having to bail out on account of holding two finals for my Beginning Drawing classes). The other two works on display were from a pair of powerful presences in the creative community, who both represented the diversity of talents we have here in the ‘Banks: Somer Hahm and Sarah Manriquez.

Meta-lesson: Just like I’ve always lectured my students, being the best artist doesn’t ever mean you’ll always get in the show, or win any awards, or get any attention at all, ever. I know for a fact after teaching all these years, and also my graduate school experiences, that there are innumerable folks with way more talent than me out there. They just choose not to draw or make comics, as it’s simply not a priority for them. So that’s always been humbling about accomplishing anything – it’s with the knowledge that you are always on proverbial thin ice.


Sometimes it’s only a matter of showing up, being persistent – even obstinate – in the face of sometimes overwhelming odds. And not just once: it takes years of trying. Take for example this marketing approach: not too many traditional visual artists are fans of being in the spotlight – especially doing what you have to do to grab it in the first place. That sometimes feels like being more of a performing artist as opposed to a visual artist.

I think my previous life as a waiter enables me to walk up to a group of random strangers and start peddling my wares. Having honed an “elevator pitch” and armed with a set of samples (each with contact/social media info on the backs so as to double as “business cards”) I personally interacted with a couple hundred folks at the gig, or as I call it “chumming the water.” Electioneering and campaigning works best if it’s not political, and this was a gathering of folks that I normally never come into contact with, so first impressions and all that while “working the room.” Actually I was sort of anticipating not being picked, and so was determined to make the most of this one-time networking opportunity – and fully intended to keep making as many return appearances at future re-nominations as possible. Expect nothing, be ready for everything. 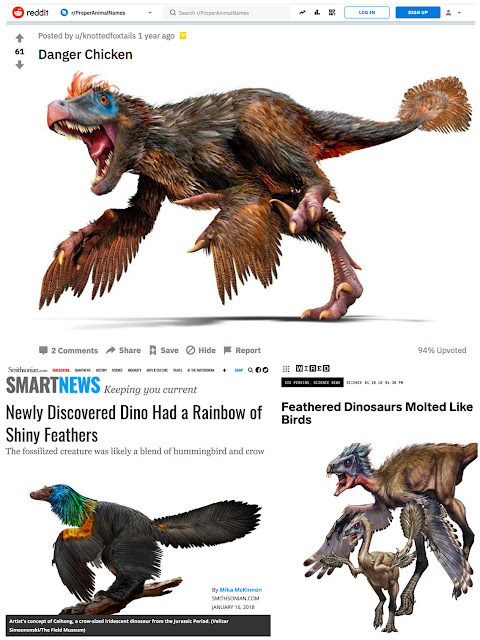 Lastly, in the face of artistic imposter syndrome or inferiority complex one of the worst self-doubts for me personally is always feeling like a “dinosaur.” It occurs to me that this is not necessarily a bad thing, as many contemporary depictions of the latest in scientific paleontology are quite lethal, if not dashing. Works for me. Rawr. 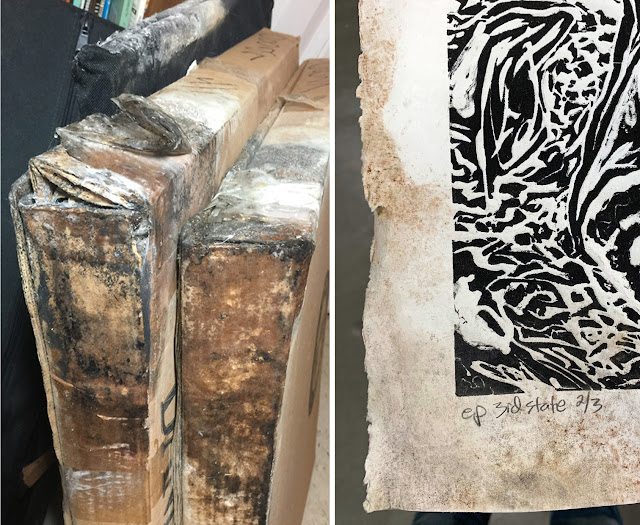 In the true spirit of yin/yang or cosmic balance, any achievements in 2019 were tempered by a traumatic “involuntary decluttering campaign,” brought about by a dismaying discovery mid-season. Sad to say, had to say goodbye to a LOT of art when it was discovered a long-term disaster of water + mold had irreparably damaged pretty much all of my original art in storage… stacks of hundreds of drawings, most of my undergrad + grad student work + collection of pieces by other people. Within the context of so many folks losing their entire homes due to fires and floods this year, in retrospect it's an emotional speed-bump. 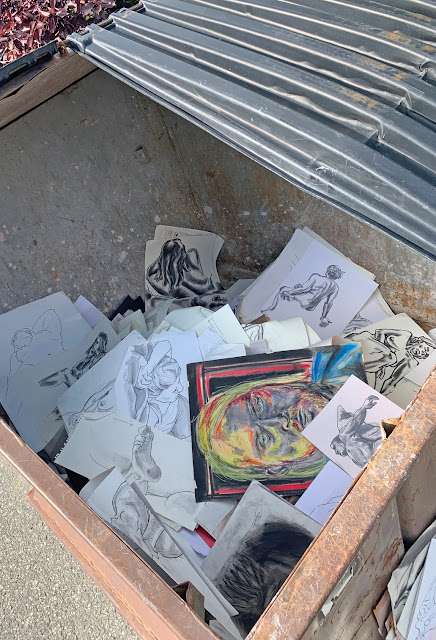 After months of grieving, got over it and got on with it… documented and ditched. Brutal purges can be a healthy pruning: Most of the work was pure nostalgia, or just not good, and non-archival anyways. Time to get & make more art. Though it did recast everything into a new perspective on getting older, and increasingly aware of mortality as friends and family begin to die off, and a vasectomy puts a period after your name while this particular branch of the family tree is effectively pruned (having 56-odd first cousins on one side of the family means it’s not very likely “Smiths” will ever be endangered). But seriously, maybe these are Big Questions every artist wonders about – who cares about legacy? Your work? What does it all mean, what really matters?

Well as to all that, perhaps I might have an answer. Hindsight is always 20/20, and that’s my vision for 2020: feet on the tundra reaching for the aurora. By far and away the best thing ever to happen this year was an absolutely wonderful confectionary creation inspired by one of my panels.

While handing out invites for the upcoming Odd-ka Tonic show (there I go again disseminating propaganda) at the annual Farmer’s Market Holiday Bazaar downtown at the Carlson Center, I had a friend inquire if I’d seen the Gingerbread House competition yet. Not being my usual thing, I hadn’t, but was encouraged to check out this year’s annual competition off in a side-room at the center. Turns out some folks had built a piece based on a recently posted strip “Field Guide to Alaskan Relationships.” 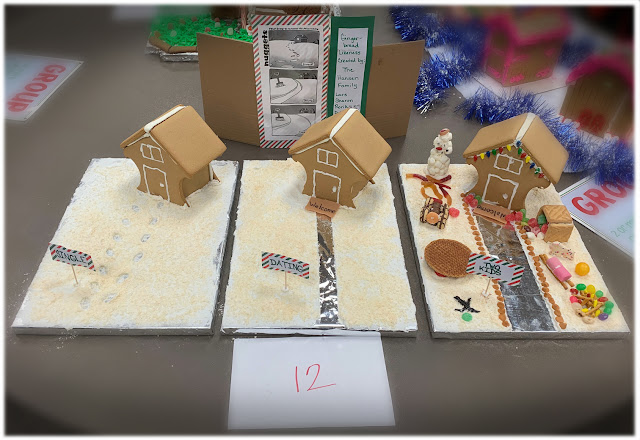 It originally ran in 2018, but wasn’t uploaded anywhere until this December, when it received a lotta like + shares on Facebook. It’s posted here for the first time, as it evidently slipped through the cracks and was overlooked by the diligent crew here at Ink & Snow. So major props/hat-tip to the Hansen family. As another fellow practitioner commented it’s like winning the Academy Award for cartoonists. I agree: it made my day… month… even year.
I’m done.


“I am going to look at the stars. They are so far away, and their light takes so long to reach us. All we ever see of stars are their old photographs.” ― Dr. Manhattan (“Watchmen” Alan Moore, 1987) 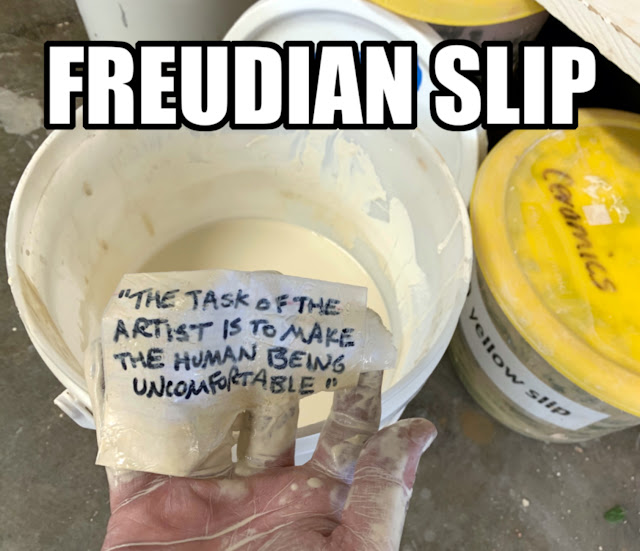