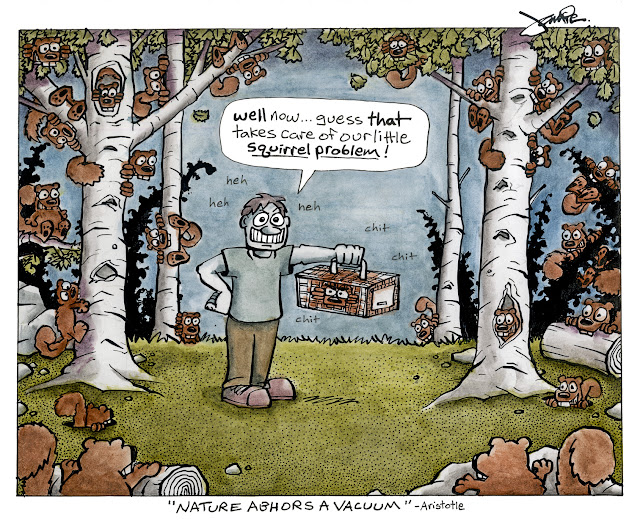 Gonna finish out 2019 with a post breaking down one of my personal favorite panels of the year. This was the primary demo piece for the summer session's Cartoon & Comic Arts course. I signed a set for each of the students that contained all the images posted here (excepting the snapshots of the actual squirrels - that's exclusive to Ink & Snow readers). 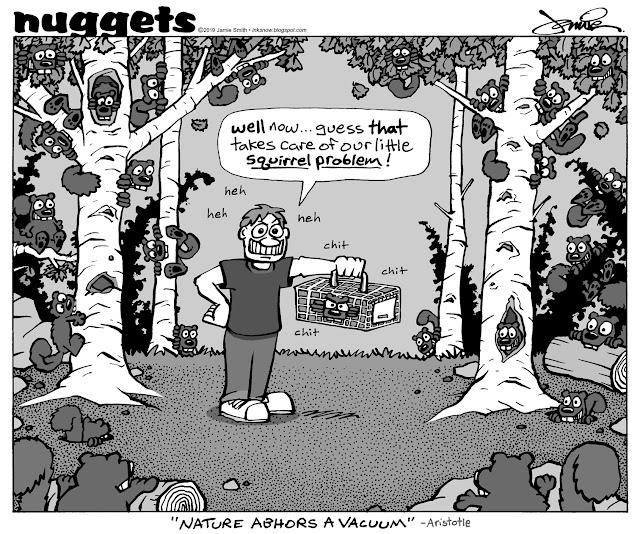 It all began with an endless inundation of rodents, wave after endless wave, triggered by the ousting of a  long-term resident that decided to raise a family. Right under the cabin as it happened. So after enough episodes of scavenged for bedding from shredded toilet paper in the outhouse etc. we had had enough, and out the whole extended clan went.

Ever since moving to Maine we switched to entirely indoor cats, so there was no way to control the population with the help of our own kitties. Given the roving bands of coyotes, flocks of hungry owls and other raptors, the omnipresent threat of traffic, and an increased threat of a deadly disease, it's been a good call. Especially for the birds - whose feeders around the cabin were yet another reason to begin the season's program of depositing squirrels down the road or up the highway. 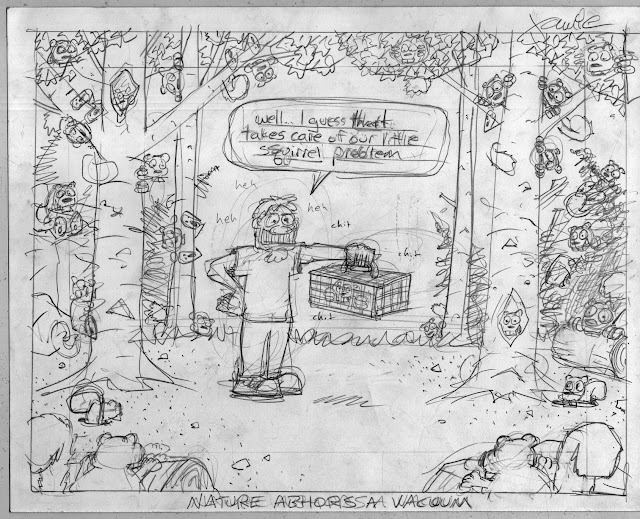 Now the Significant Otter, who hails from Iowa and is of noble farmer stock, would just as soon have shot them all and simply be done with it, but we procured one of those "Havahart" humane live traps instead. I will admit though, that after dozens of relocations my sense of humanitarianism has some bare spots worn through from the incessant shuttle service. I even think back upon the evil advice from a former student to try leaving crucifixions up on tree-trunks in warning around the property might actually be a desperate last-gasp option (the neighbors might wonder). Maybe, while I'm at it, in conjunction with stringing razor wire around the feeder.

Note: My humble numbers are tempered with the knowledge of one friend (and patron who purchased the original) whose wife has so far ousted “...286 (and counting) Eastern Fox Squirrels” in Boise, ID. One must have role models. 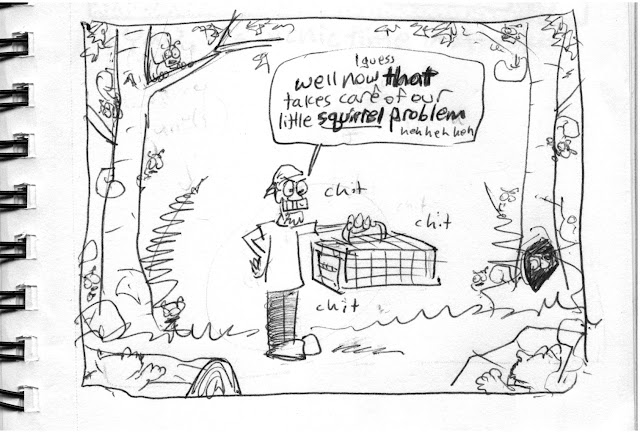 It caught the attention of this dude whom I always seem to run across on a frequent basis working outside on the campus grounds, who rumor has it was a poetry major, and I mentioned that the caption was in all likelihood gonna go away. I mean, who the hell has even heard of that ancient aphorism (not many of us left based on my impromptu polls), much less any familiarity with the author. Well a few weeks went by, and on an offhand chance we crossed paths again, and to my pleasant surprise he offered up another vote in favor of retaining the philosophical proverb. And so it stayed. Unlike these little rat bastards. 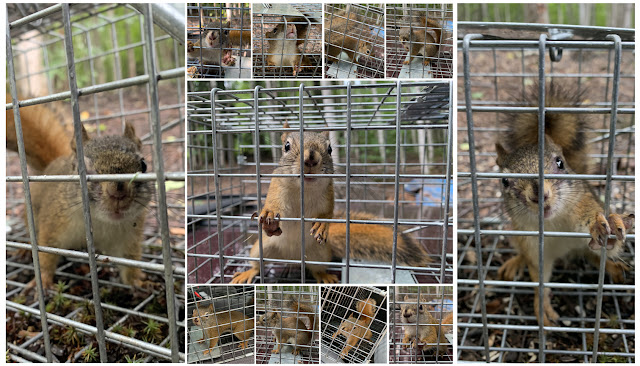