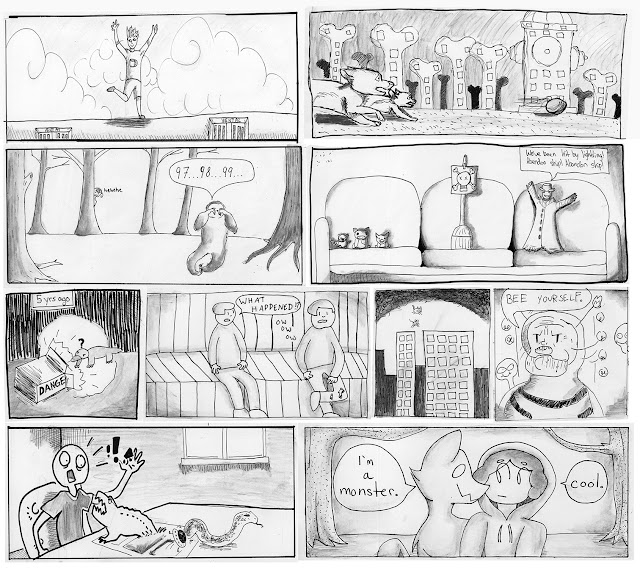 A couple highlights from the crazy summer season of sandwiching in some miscellaneous cartooning gigs: another two-week session teaching two classes at the UAF Visual Art Academy (see 2015 recap here + 2014 linkage too). 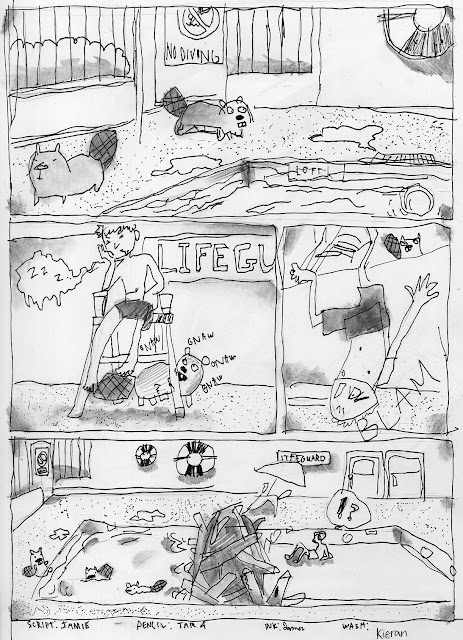 One new thing in particular happened with the last-minute discovery that I would not have any access to either my traditional opening slideshow nor any of my usual demo material on the first day, so instead of looking at comics, or talking about comics, we just went right ahead and drew them instead. Pretty humbling to have gotten so accustomed to a certain way of doing things for so many years and then to have it summarily upended instead: talk about a learning experience - a salient bonus in being a teacher. The Significant Otter has long maintained that I needn't fret so much over my predictable stressfest before every single session or public presentation, and that I've been doing it for so long that I could pretty much wing it and do just fine relying on latent, residual experience. As usual, she was right, though I still continue to try and plan out every conceivable aspect well in advance. 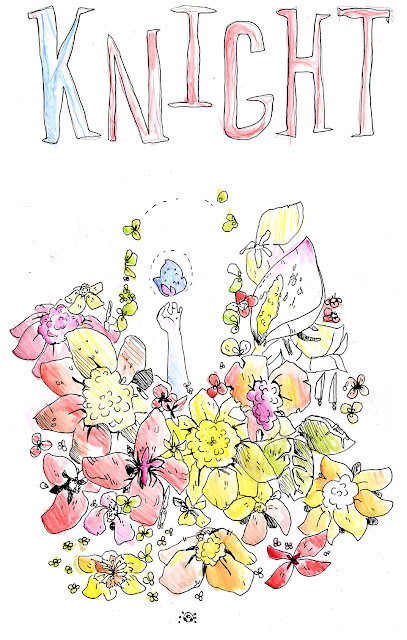 This year brought another unexpected pleasure, that of the same outstanding artist, Amanda Franz, taking both available sessions of cartooning: she was a returning student from last year, and so was more than enough experienced to let run free and work on her own stand-alone project. This took the form of a wonderful comic book which was printed and distributed to everyone along with the class publication of final projects. 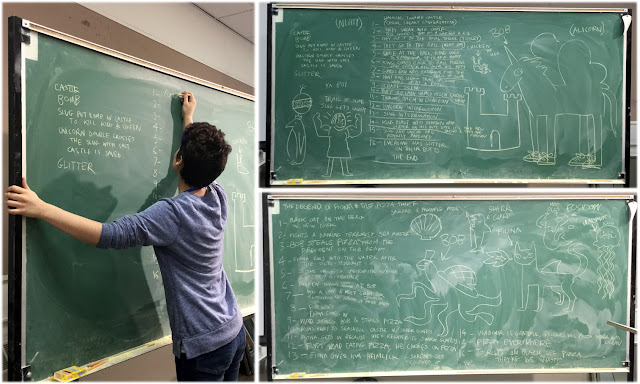 Evidence that there is a strong likelihood of a genetic component to this particular branch of creativity on a family tree, we had a very special guest artist assisting throughout the class. Maria Franz gave a great session on a collaborative comic, Students brainstormed a story as a group, which was scripted out on the board, and then broken down into separate narrative components assigned to individuals to complete one page each. This resulted in a 16+ page comic for each respective class ("Glitterbutts" and "The Legend of Fiona and The Pizza Thief"), photocopied sets of which were distributed after completion. 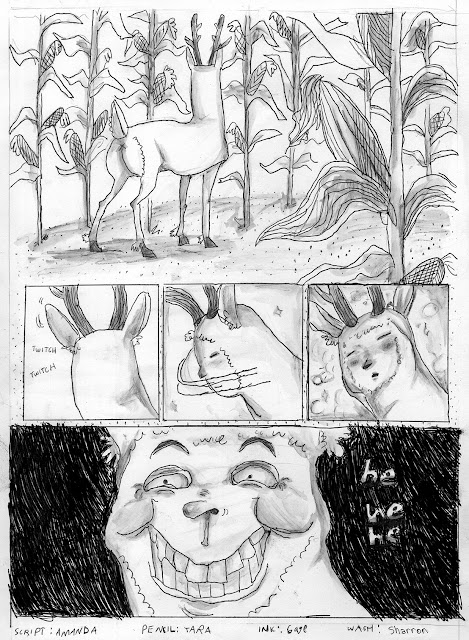 Also providing invaluable assistance on the logistics of this year's classes was the contributing efforts of Tara Maricle, who, as usual, was ready to not only help out with crowd control, individual support and behind-the-scenes setting up/breaking down, but stepping in and filling in some blank spots in the collaborative pages, as seen above image and also on the opening image. 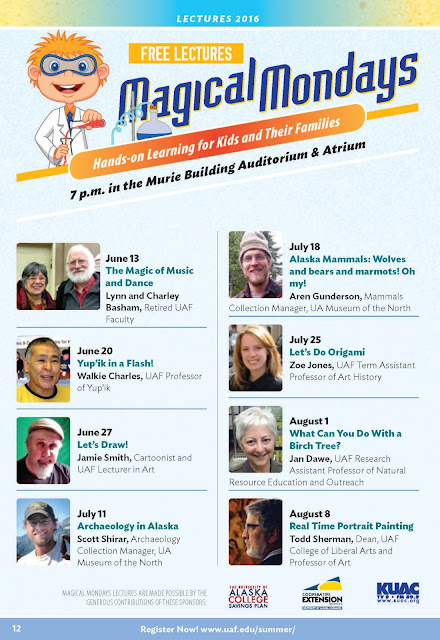 Another gig was as a featured presenter for UAF Summer Sessions Magical Mondays series, an event that turned into a rather Maniacal Monday what with almost fifty folks turning out to doodle Castor canadensis for over an hour. Quite the unexpected turnout as I anticipated maybe a few people showing up on another beautiful evening - but instead we wound up raising the wall partition to accommodate the overflow.
And I must say it was super awesome watching so many youngsters drawing cartoons together with their family + friends, something I hadn't yet ever experienced. My table full of scientific samples (including a handsome pelt, some cast tracks, chewed nubs of sticks, a skull and some bonus latex scat) dovetailed with the usual bags of stuffed animals who served as models for those who needed reference material to draw from. 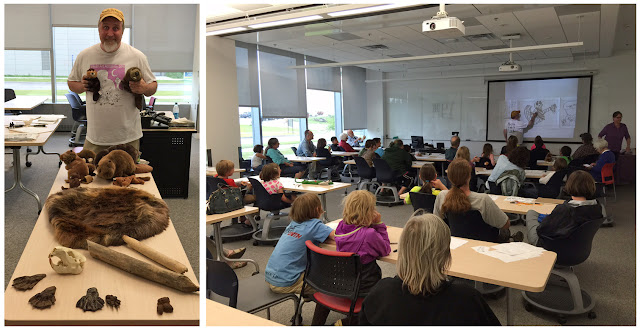 In a little over an hour we managed to cram in both a timed exercise and a collaborative strip jam. The first is where the page is divided into six sections, and then in the first panel a character is drawn with a Sharpie in four minutes (with as much textural rendering and background as possible), then drawn again in the next panel but this time in only two minutes, then in ever-quickening succession redrawn in one minute, thirty seconds, fifteen seconds and lastly in five seconds. Somewhere along the continuum will hopefully be a recognizable character that contains enough visual elements so as to retain recognizable features and be comparatively simple and fast enough to draw again and again (the hallmark of a cartoonist's stock in trade).

We also experimented with a horizontal strip format with one person initiating a sequence in the first of three panels, which was then passed along to a new contributor to continue the unfolding narrative. This yielded, as always, some unexpected hilarity and spontaneous storytelling, which I hope planted a seed for future adventures by this crop of aspiring talents.