It's All Bazaar: In the Trenches


Update: I'm squeezing in one more gig this weekend: drop on by the Annex out in Ester from 11am - 5pm tomorrow (Saturday, Dec. 20th) for the Procrastinator's Bazaar. I've still got some cards + pelts left, and spiffy samples of work-in-progress to demo, especially now that I finally figured out how to set up the French easel (resurrecting childhood psychological traumas over Erector set disasters along the way). 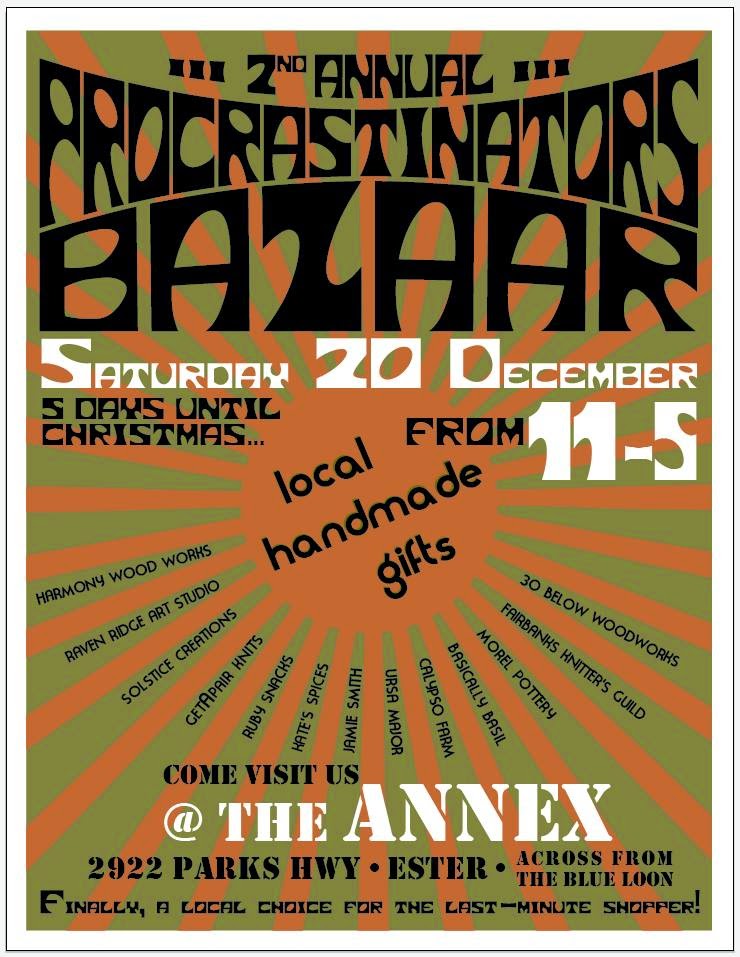 I'll have a table hopefully right next to Ursa Major which ought to raise, ah, spirits. Some notes on being in the proverbial trenches peddling wares below the fold... 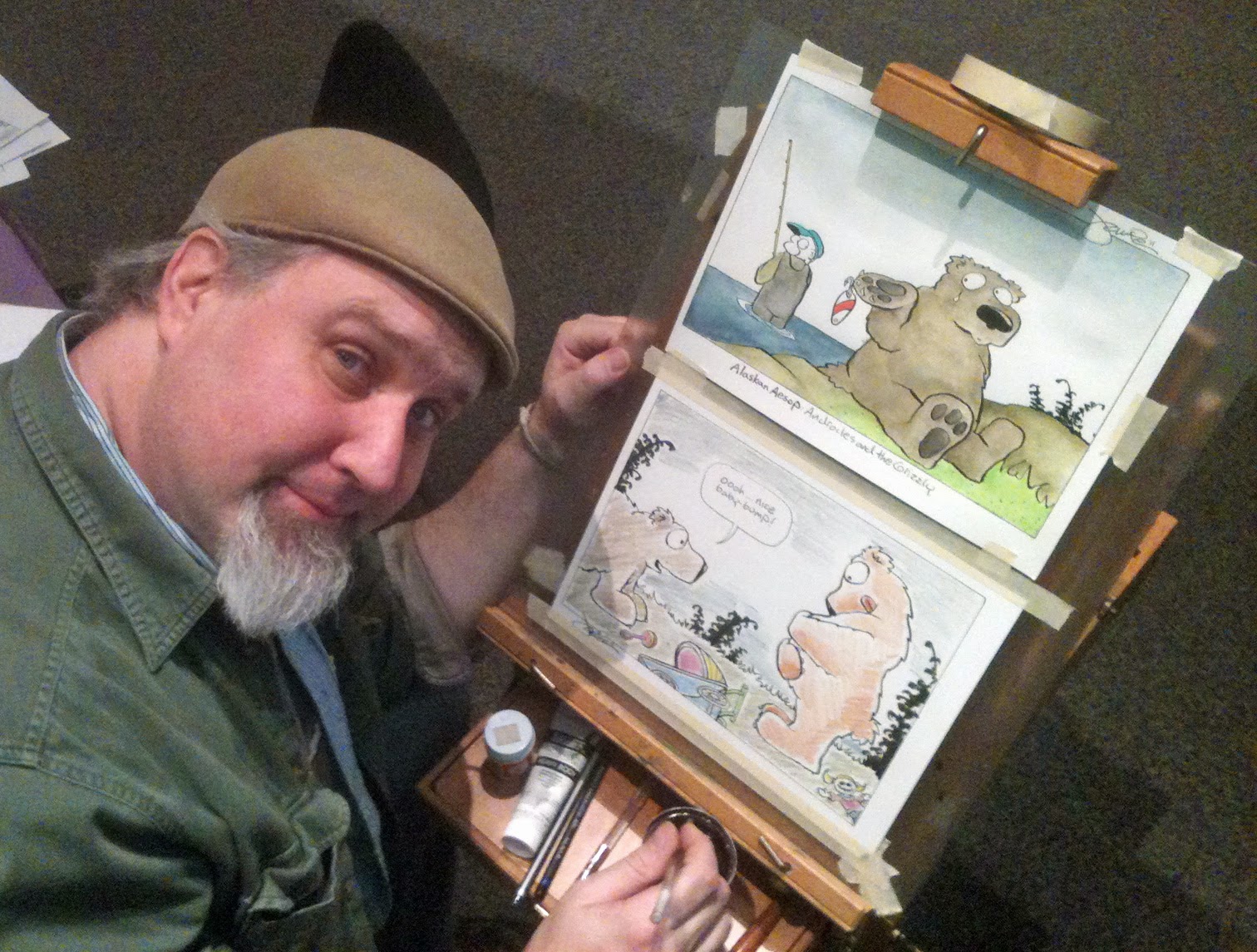 A simply wonderful time was had at last weekend's holiday art bazaar: there's a real special side of being out in public with a setup at a table that is like a wide-open show & tell of a "walk-in" version of your own portfolio and studio all wrapped up and condensed together. Throw in a bunch of inquisitive and curious onlookers and it's at times also just like an open-air classroom. Meeting old friends, fellow artisans and craftsfolk, making new acquaintances, new connections, and some familiar faces and fans. It's a good time all around. And here's probably the worst/best on-the-spot gag for a book signing (the recipients of which are a group of musicians): it's "the Hammered Dulcimer"! 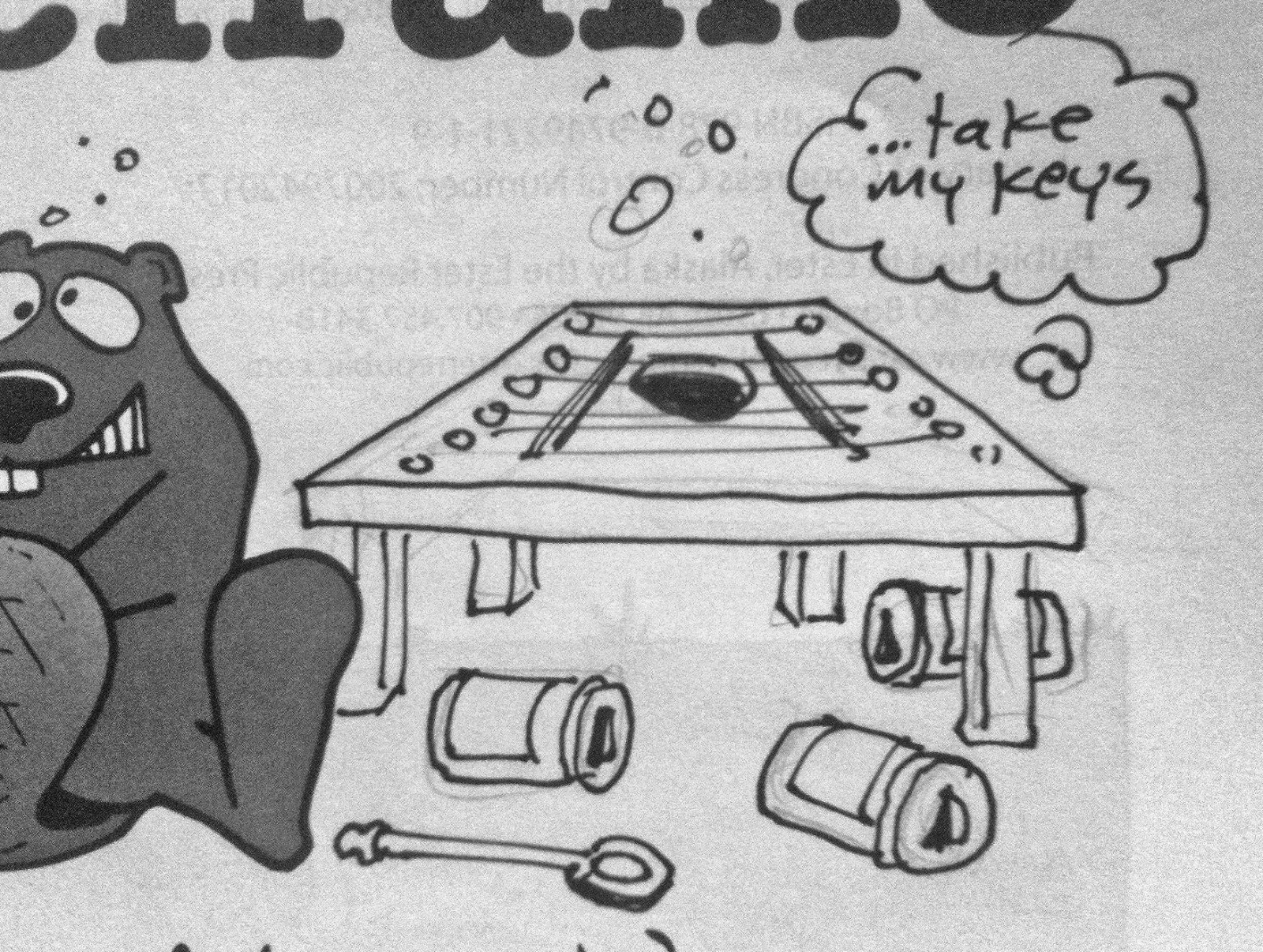 There's some debate amongst people how best to present oneself while working a table. Obviously being engaging, welcoming and friendly to anyone looking over the wares is a practical necessity That also includes not being insincere, too "pitchy" and pushy, but balanced with the recognition it's perhaps one of the best opportunities to share your work - besides in print and/or on the web. Which is why from my perspective it's wee worth hauling along a demo setup, as it's a easy segue into peddling wares from showing the process that they're made.


The only extreme to avoid is effectively putting on blinders and not acknowledging other people's time and interest ie getting lost in the work and ignoring folks walking by. But more often than not the act of creating new work, either penciling, inking or coloring (and samples of each stage are always conveniently on display) is a powerful attraction. In turn it's one of the features I look for when visiting with other makers at these sorts of gigs.


Juggling all the logistics of a successful "show" means attention to many details: one example is presentation of the work. Though I have lots of loose work in various stages of completion and degrees of states of roughness, it's been a good idea to shrink-wrap as many of the originals on-hand for protection (mounted on foamcore), plus they just look nice. Then again, holding a real piece of raw art in your hands is cool too.
Another aspect that's a crucial detail is having a well-tiered display of everything from free samples to comparatively affordable items (tshirts, cards, books) and a original works as well. That and the more work you have covering the table, the less anyone sees of the blood + tears beer, coffee and paint that stain the tablecloth. 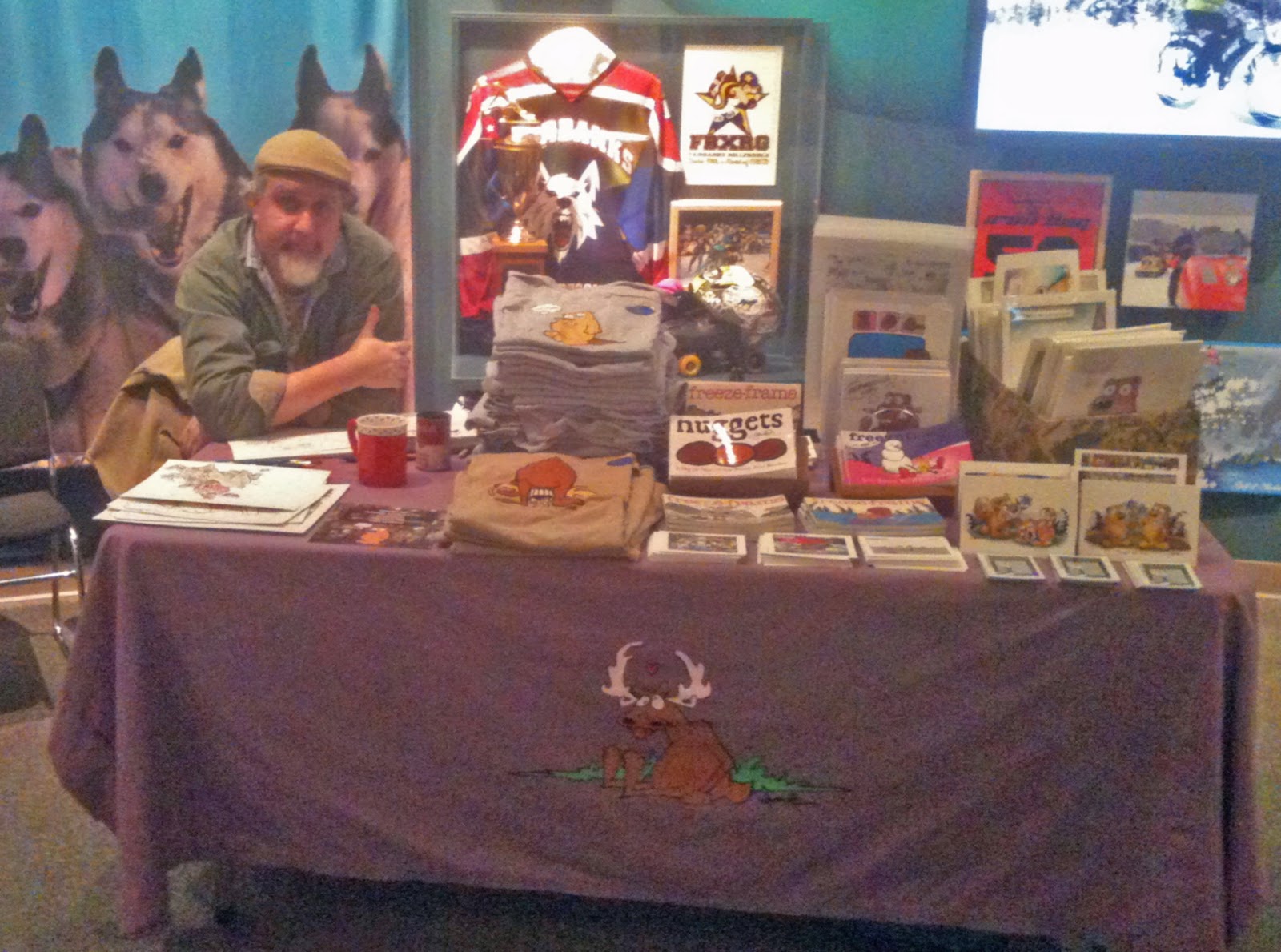