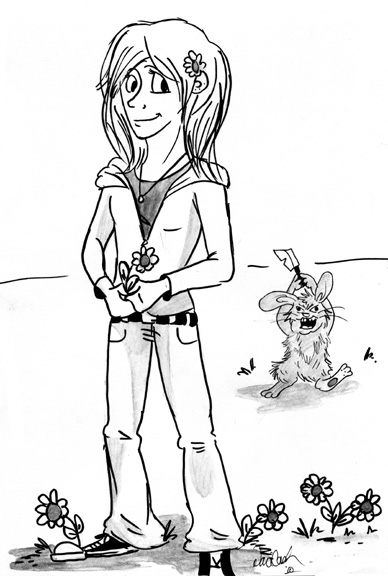 “My life has no purpose, no direction, no aim, no meaning, and yet I'm happy.
I can't figure it out. What am I doing right?” – Charles Schulz
Can't think of a more appropriate opening image (thanks Dani) - or quote - to start off the next round of postings following 2010's summer session cartoon boot-camp.
This being the sixth successive season this particular studio course has been offered by UAF and taught by yers truly, I have the benefit of that experience (both in and outside the classroom) to mull over a few observations and insights.
First & foremost would always be the overwhelming interest there is for these sorts of classes: it's not uncommon to have students show up an hour early, and stay long after class ends. Many a time I've reminded a class after at hour-and-a-half half-way mark that they maybe should take a break, get up and walk around, go outside or grab a drink, etc. Most the time nobody moves. Or whenever I try and knock off a little early, same damn thing. Definitely not complaining, mind you, just constantly impressed at the level dedication exhibited and how it stands (or rather, sits) in sharp contrast with many of the other courses on campus. Of course, there's also the demographic preponderance of enthusiasm of people who enroll in a summer class anyways - ostensibly they're presumed to be slightly more devoted, if not disciplined. Then again, sacrificing  the all-too brief window we have of nice weather to sit inside and draw comics instead is yet another hallmark of the artistic profession. Time and time again there are the little choices that culminate in long-term results when prioritizing: just withing the pat 12 hours of writing this it came down to finally finishing up the last season of Babylon 5 or working on another last-minute editorial panel. Which is it gonna be - hanging out with the g-friend and folks at the Independence Day parade, or staying home to finish it? 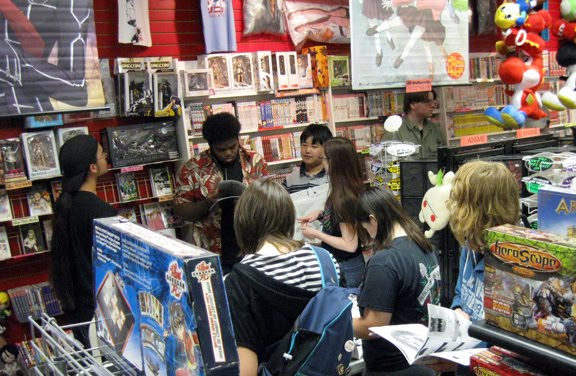 Perhaps the best case-in-point would be my observation that upon turning in their respective 3-page (or in some cases, 4, 6 or 7) finals, over a third of this class just returned to their desks went back to work on their own thing. I used to joke around with friends who had just had an art opening by calling them early the next morning to see what they were working on next. Yet another symptom of the peculiarities inherent in comics - a drive, focus and commitment that might just be comparatively rarer in other mediums and disciplines. But then again, that probably is skewed with just a wee bit of personal bias.

And what a great bunch of people to hang out with too: virtually every day there's a mix of learning and laughing with each new exposure to a different aspect of sequential art, graphic novels, cartoons, comics, or my personal favorite label - "narraglyphic picto-assemblage" - whatever the hell you want to call it. Whether one's thing is the Sunday funnies, superhero, manga, webcomics or what have you - it's all good, it works and it's welcome. As stated in the syllabus - previous drawing experience isn't required, the only thing I'm really keen on, even with amateurs, is some degree of professionalism with respect to deadlines etc. It sounds like a contradiction to ask that a cartoon class be taken seriously, but it is after all a college-level course, and if the you can't make it here, then the "real world" experience will be even more of a shock. So at the very least one should gain some critical exposure and experience  which will in turn benefit  any future endeavors.

"You can get help from teachers, but you are going to have to learn a lot by yourself,
sitting alone in a room." – Dr. Seuss 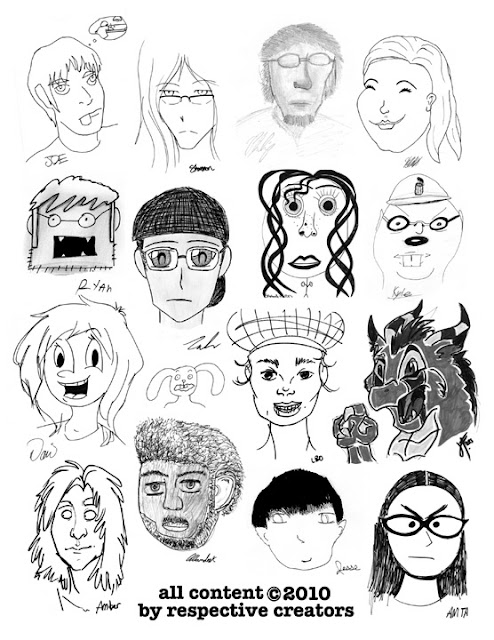 Inside cover of the annual anthology publishing the 3-page finals

And just as with the regular drawing courses, there's always some level of frustration at the skill level of many participants, but it always helps to remember that such things either come with time or evolve into a uniquely distinctive style. It'd be the height of hypocrisy for me of all people to expect such unrealistic aesthetic standards, especially given the preponderance of less-than stellar work out there. There again is one of the core reasons I love the genre, such a wide range of individualistic expression, and comics is one place where all that one will ever need is the desire to do it. It's an amazing and humbling thing to realize how much just the simple fact that this is an opportunity for many to just have the time and place to devote their creative energies into their work, work which really doesn't have all that many other places to be given legitimacy and support.


I always wax nostalgic and think about how my own career might have turned out had the opportunity for such support and consideration of comics been available when I first started out. That as opposed to flunking most high-school art classes to a large extent on account of wanting to do nothing but draw comics. And as usual, in retrospect, Ms. Braen was right: ain't karma a bitch when you find yourself in the same situation many years later trying to coax artwork out of one's own drawing classes. Irony aside I still get the last laugh though, as this annual gig is the absolute highlight of the year that never fails to re-inspire me on many levels, not the least of which is as a fellow cartoonist. 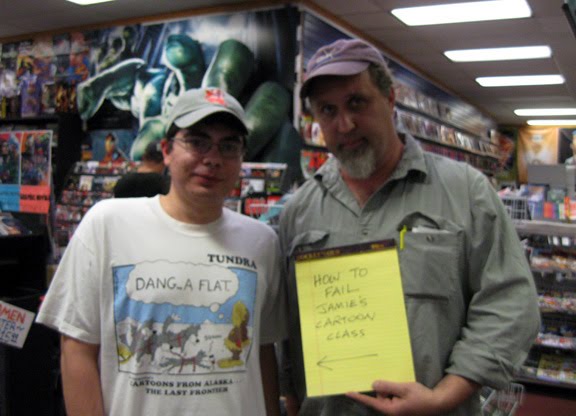