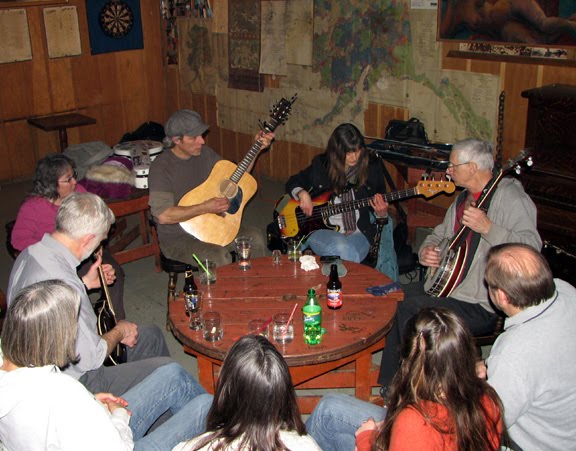 "Looks like I picked the wrong week to quit drinking." - Steve McCroskey


Had just a wonderful evening hanging out with some friends down at the saloon: two of the finest musicians in the north, Pat Fitzgerald and Robin Dale Ford, had a little informal jam session with a bunch of other folks sitting in.

The next morning it came to mind to finish off this idea that'd been laying dormant in the doodle-book. My favorite DJ who hosts some mighty fine music programs on both the public and college radio stations here in Fairbanks is in the process of getting her pilot's license - so this one goes out for her. In my experience there's nothing more exhilarating than sharing the cockpit with a bush pilot and hear them mutter "shit" underneath their breath (true story).

"There's no reason to become alarmed, and we hope you'll enjoy the rest of your flight. By the way, is there anyone on board who knows how to fly a plane?" - Elaine Dickinson 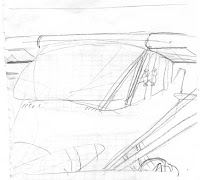 Actually took a bit longer than usual as I kept redrawing and erasing it since it didn't look quite right (let alone the caption editing you can see in the above thumb): there's a funny balance between keeping it simple and only detailed just enough to make it recognizable, versus knowing what the heck you're doing as far as understanding the subject matter and have it be visually correct. In this case, small-engine aircraft aren't really my thing, so not having much experience sketching them (as opposed to Ford truck and Toyotas) it was a challenge. After unsuccessfully faking it and not making it, it was time to do some sketching off on the side, and come up with a halfways decent enough remix of elements from random reference pictures. I guess it's an ongoing personal struggle to resolve sneaky suspicions that I can't really draw worth a shit and so there's occasional overcompensation in the cartoons. Then again I would have stopped long ago if there weren't a constant sense wonder, play and learning something different every day. Most times I don't even think about how anything looks or worry whether it's drawn well, just well enough.

And they said it would never fly... 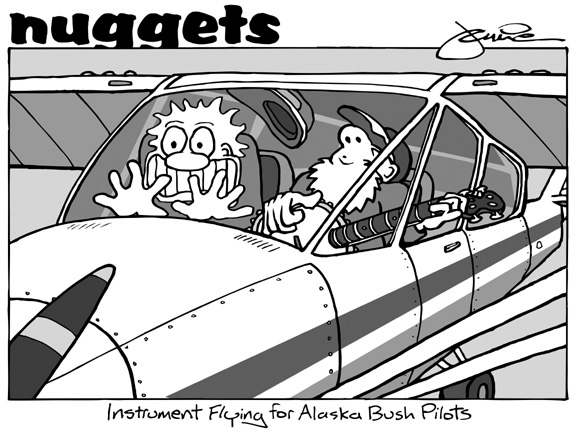 Rumack: "Can you fly this plane, and land it?"
Ted Striker: "Surely you can't be serious."
Rumack: "I am serious... and don't call me Shirley."