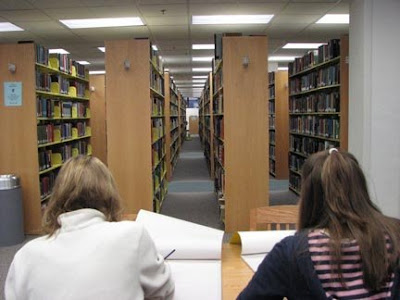 "I see drawings and pictures in the poorest of huts and the dirtiest of corners." - Vincent van Gogh

Showed up this morning a good hour-and-a-half early to set up the room: using a shared facility means sometimes easels have to be broken down and put away + the drawing tables brought out, copies made, notes reviewed, and if necessary, still-life setup, plus firing up the laptop & projector, loading up images etc. Getting up at 5am after six hours of sleep usually entails some motivation in the forms of music and lots of caffeine. I find Beethoven’s Symphony #6 (“Pastorale”) to be particularly appropriate, and in the classroom, students are greeted with some funky zydeco (in this case a “best-of” live sampler from 2008 Donna the Buffalo shows). Always need a good soundtrack in my opinion… couple weeks ago it went from fifty-below zero to fifty-above, then back down to a stabilized “normal” of around zero (10 above/10 below range); now it is forecasted forty-below again by Thursday’s class – so taken with the darkness it can be a monumental challenge just to get out of bed for some folks, much less get psyched up about an 8am class…

As it turned out, already deviated from the schedule by having the class practice 1-point linear perspective in the library instead of the department hallways. Due to the code-corrections for the art building there’s a little bit of overlap with completion, and with the ensuing confusion it was saner to migrate up to some handy bookshelves on the top floor of the UAF Rasmuson library (right by the art books conveniently enough).
So after the lead-in lecture, blackboard demos and handout of first assignment + half-hour show & tell of images and previous student’s work, we trooped off to stake out positions around the book stacks. Technically threw them off the deep end as this was 2-point linear perspective, but overall the majority of students got a grip and did a decent job.
I can also now roughly gauge at this point where the class as a whole seems to be, and this group is average; a few excelling, a few lagging, most getting the job done (creating a convincing illusion of depth). Probably made about four rounds total with everybody individually; making mid-flight course corrections where needed, or offering words of encouragement, sometimes getting right in there with them and (with permission) making adjustments directly on their sketches, maybe even recommending a restart (after another mini-demo) on where exactly they are going wrong (and right). More often not this is the place things start to make better sense as far as exactly what the hell is going on; rubbing elbows works with folks i.e. doing it right there in front of them is vastly more effective for some than the eye-glazing 8am speech in a dark room.
After an hour or so, back to the studio to slap everything up on the wall for a real quick overview, revisiting a few key points by commenting on a handful of specific examples. And then that’s it for today, aside from the homework. After the class it’s signing paperwork, errands on campus, picking up a key, dropping artwork off to be framed, meeting a client, then back to the ol’ drawing board!

Also this morning the general pace of the class was established; a brief lecture, a demo, go draw stuff for practice, brief review/recap. Another subtle distinction here with my particular approach is the speed at which I put them through their paces; I’m a big fan of giving up and moving on – in other words, if things aren’t quite coming together, starting again. I’d much rather prefer to see them invest more time on the assignments & critique pieces, and focus most of classroom time doing warm-ups and dry runs – these aren’t masterpieces we’re striving for but experimentations with the concepts to be put into practice afterwards with the homework.

“If you can't draw something, just draw it.” - Dieter Rot 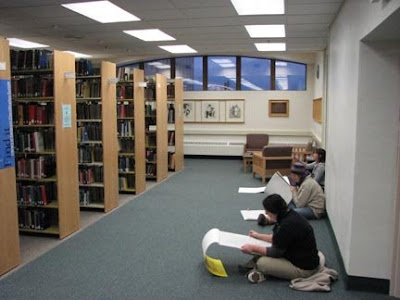