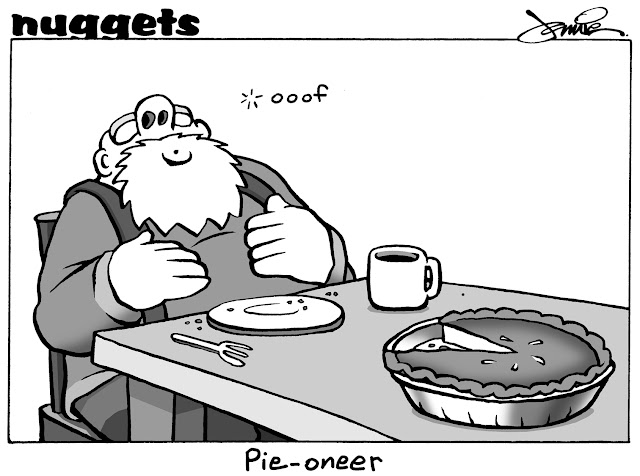 I may have mentioned this a couple times before, but I can't remember when, as in it doesn't happen all that much. Though there is usually at least an event every year that I can point to - cling to - as evidence enough to keep going. Put another way, there are times when you doubt what you do, and in those low points you are very lucky to have someone say something that bolsters the spirits and self-esteem. At least enough to maintain altitude, and attitude.  It's humbling and I deeply appreciate it when it does happen. I spend too much time + energy fretting over all the bad stuff, wishing I had done better or tried something different. Nice to get an atta-boy, and a reminder that it costs nothing to keep paying it forward.

Happened a little while back when a former student tracked me down in the department, of all the available star power faculty on hand, to ask for help in figuring out how to draw something in a certain way, and after a quick demo, made the modification to the design, and had a successful piece that she made more money than I ever made while I was a student. There are some students who are so much more better than me, and it's so cool to see... always a handful who go farther and do more with there work, and it is the proverbial kick in the creative pants.

Someone actually sent an email after several years had passed to say a critique - that evidently had stayed with him - where I criticized their use of linear perspective, was actually spot on. This coming from an absolutely incredible oil painter. It's also a reminder to always try and watch my mouth - a challenge sometimes for someone who thinks they're funny - as even throwaway comments have the potential to take root and take on far more of an influence than originally intended.

After endless lobbing of chum over the side of the leaky, barnacle-encrusted boat I've christened the USS Art, it's more than enough to see a handful of rising talent take the lead and make incredible work. I am so grateful to see and hear from so many successful artists out there carrying on the tradition and realizing their personal vision. 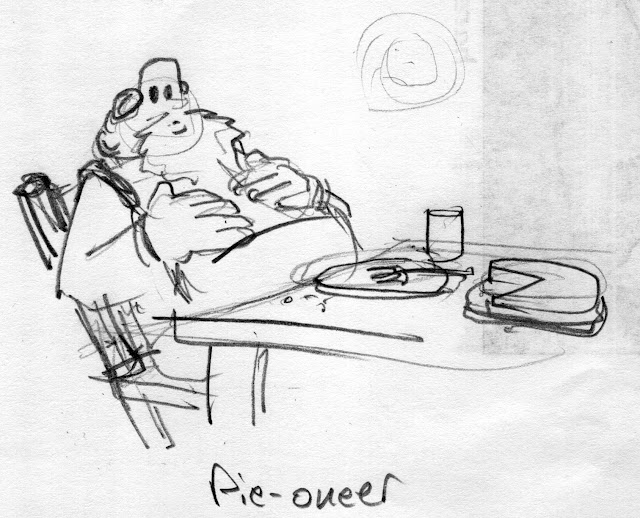 All that calls for pie. Actually this particular panel is one of the very small number to stand out amidst a comparative avalanche of material and actually make a jaded creator personally laugh aloud to himself. Then I have to sit back and marvel at the fact it's so obvious and so basic I wonder how I went for so long without ever thinking of it. And then that in turn calls for more pie. My amazing wife has been honing her considerable baking skills - here is a slice of homemade apple (mind-blowing crust) with a sneaky kitty on top. Equal sence of inner satisfaction, warm + full inside and out. Mmm... 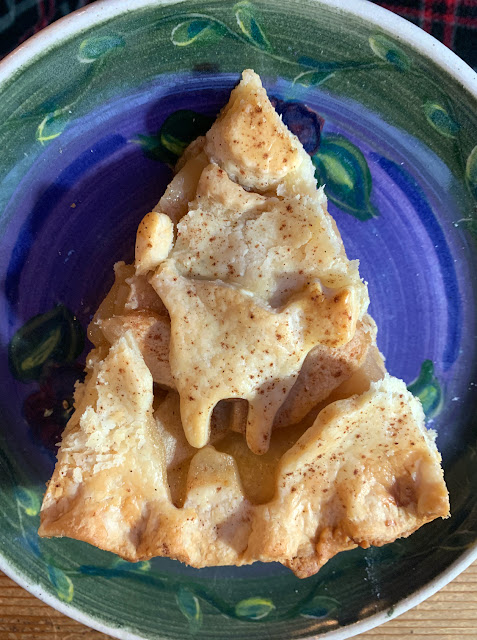