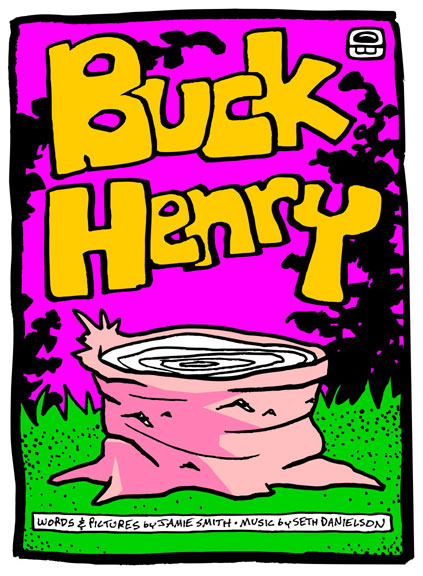 “Do you know the difference between education and experience? Education is when you read the fine print; experience is what you get when you don't.” - Pete Seeger 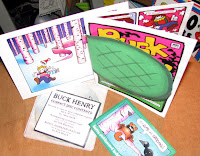 Back in 2007 part of my Xmas package (pictured left) was a fun little side project called "Buck Henry." What initially started out as simply a minicomic gradually morphed into a multimedia effort involving a couple other talented individuals. The primary inspiration for this was lyrics based on the traditional folk tune "John Henry" as sung by one of my heroes Pete Seeger. Using dull Sharpies and plain copier paper I first drew the linework, scanned and colored the art, and then assembled a minicomic (sample panels and pages posted here). The next stage was to include a CD with the tune burned onto it as a sort of supplement to the visuals, maybe to have playing along in the background while reading the minicomic. What I had in mind was a customized variation on the original song using the verbage from the comic instead of the traditional verses. For this I enlisted the help of a local musician Seth Danielson who took my lyrics and recorded an absolutely amazing version at his home studio. Guess it was a symptom of getting a little jaded after so many years of plowing the same field, but I'll never forget the incredible, overwhelming wave of glee that made me feel happier than I've been in a long time over hearing it for the first time. 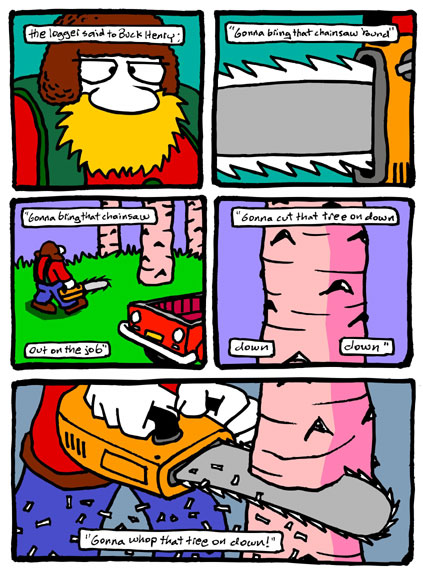 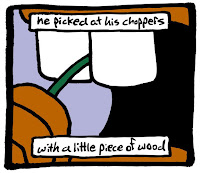 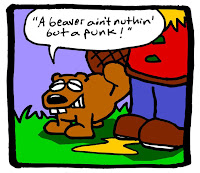 Didn't take too long for the idea of reading the comic while listening to the soundtrack to evolve into "duh - hey why not just combine them?" - and that's where my good friend Rick Redick came into play. Along with being the hardest working and highly skilled graphic artist in Fairbanks, by night he also gets into Flash animation. So I turned over the audio and artwork to him and after a few weeks of after-hour experimentation and laborious editing and tweaking we were rewarded with yet another incarnation of the concept.

And so without further ado, here's the official internet debut of "Buck Henry" - enjoy!
"I feel that my whole life is a contribution." - Pete Seeger
at 10:40 AM