“There's so much comedy on television. Does that cause comedy in the streets? “ - Dick Cavett 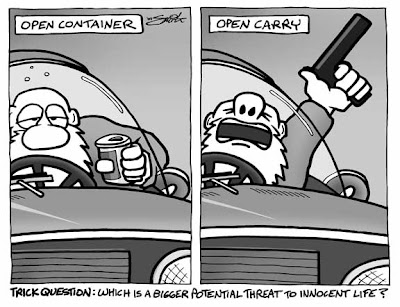 So the newspaper hemmed & hawed over the “Guns & Religion” editorial panel I submitted a few days back, though they did run the "Ice Art" one yesterday (predictably safe, and been getting some good comments from folks on the street). The editor wasn’t to sure about linking in print that church with the group who was using their place to hold the rallies. My stance was that if they didn’t want guilt-by-association, then they simply shouldn’t host them, it's not like this is some sort of an AA meeting. It's disingenuous at best to
at 8:27 PM