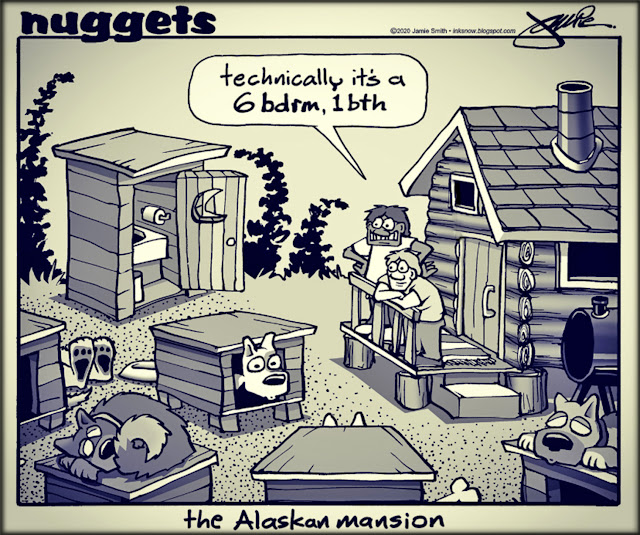 This particular panel is an ideal example of how a compositional arrangement of visual elements can create the illusion of a 3-dimensional space on a flat piece of paper. That's one of the fundamental reasons why a working understanding of linear perspective can be really helpful when "setting the stage" for your actors and props. Other aspects like foreshortening and the use of value can also be used to enhance depth on the pictoral plane. 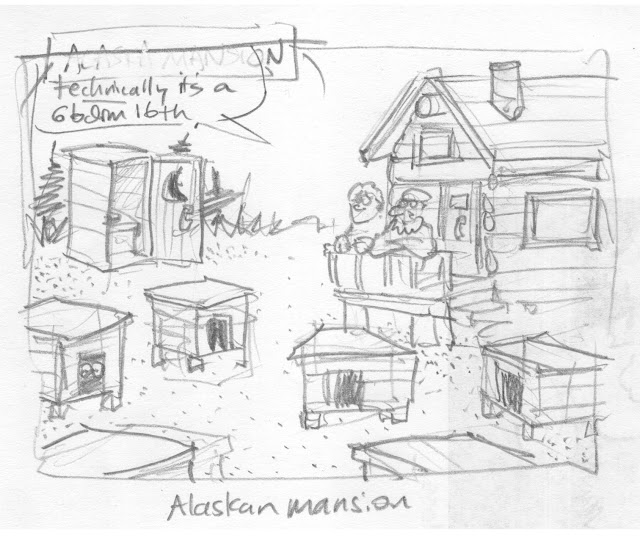 Here's a doodle of the design done for a demo while on an Artist In Schools residency - I remember getting the idea in the middle of drawing some other panels using the concepts of huskies and sled-dogs and mushing (in line with their mascot/logo). So I did a quick rendering off to the side on some scrap paper, which never even got transferred to the sketchbook, just straight to the pencil stage on Bristol. The only real difference between that and the published version was in changing the number of "bedrooms" (assuming the cabin has just one bedroom we only needed five doghouses) plus the people underwent a little change and, most importantly, more dogs were added. It's always an improvement adding more critters to the composition. 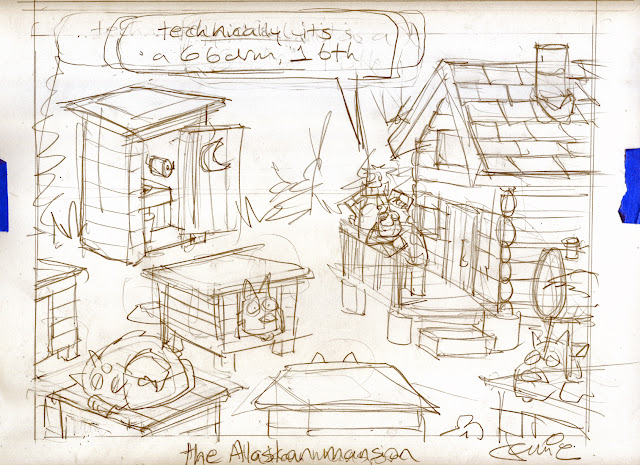 There's a more serious aspect underlying the humor: that being Alaska can be viewed as essentially the northernmost extension of the Appalachian stereotype when it comes to so-called third-world living conditions compounded with inherently problematic issues of colonization.

Amidst the supposed might of American exceptionalism we have right here in Alaska a situation that mirrors the class issues and poverty that defines our society and accompanying systemic injustices. But here on the mythical "frontier" there's a current of nostalgia that hypes a rugged individualism + simpler "pioneer" lifestyle. In other words, what previously rented for $250 a month will now, a few decades later, will run a minimum of $650 to have a one-bedroom cabin without running water. You think about that a lot when taking a dump into a hole in the ground while outside at fifty-below zero. 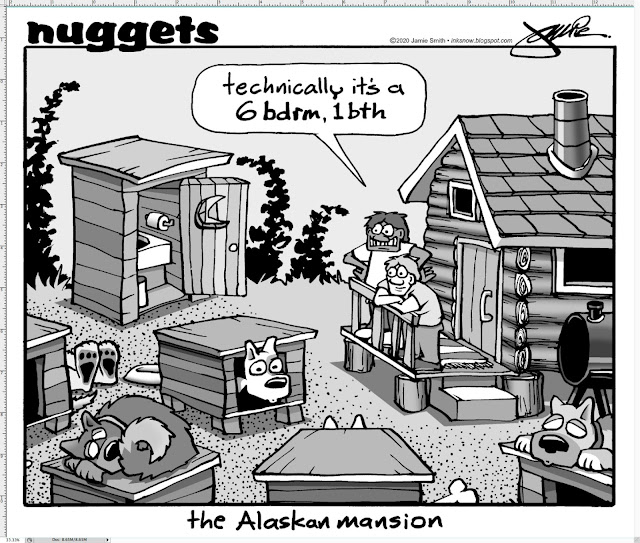 Bonus: Here's a 60-second demo reel that touches on digital shading + a few more behind-the-scenes sneak peaks on the process. I sped up the process of compressing a half-hour sequence of screen grabs into half a minute, and I'm getting more comfortable with iMovie. There's still some issues like the soundtrack levels competing with the voiceover for example, but way better resolution than the recent experiments in streaming media. Enjoy!